This weekend sees the International Judo Federation World Tour head to Georgia for the seventh time, but this year with the upgrade to Grand Slam.

A record nineteen British Judo fighters will be in action over the 3-day competition, which is the largest team ever sent to a Grand Slam by Great Britain. Competition starts on Friday, at the Tbilisi Grand Slam, which marks the start of back to back World Tour competitions.

There is a strong Coventry Judo Club representation on the opening day of competition with Chelsie Giles joined by younger brother Josh and Yasmin Javadian. 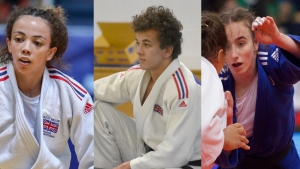 Chelsie (-52kg) competes for the first time since winning the Tel Aviv Grand Slam and is seeded 3rd.

Josh (-60kg) recently made his senior British Judo debut at the Prague European Open, where he narrowly missed out on a medal, finishing 5th.

Platten has been drawn against the 2019 Asian-Pacific Champion Yanan Li (CHN) in the opening round.

Toprak has an opening round bye before facing 5th seed, Eteri Liparteliani (GEO) who is a former World and European Junior Champion.

Amy Livesey and Lucy Renshall continue to battle it out to be Britain’s top ranked -63kg fighter and book their ticket to Tokyo for the Olympic Games later this year. Both fighters have shown great recent form with Livesey claiming bronze at the Tashkent Grand Slam while Renshall finished 7th at the Tel Aviv Grand Slam. 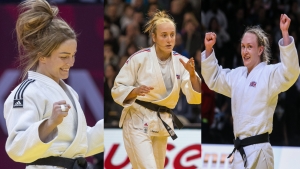 Competing in the -70kg category are 2020 Paris Grand Slam bronze medallist Gemma Howell, who is seeded 4th, and Jemima Yeats-Brown, who continues her return to competition following a knee and elbow injury that kept her side-lined for 20 months.

Moorhead faces Niklas Bloechl (GER) in the opening round of the -81kg competition. 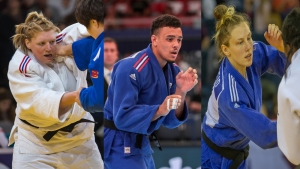 Max Stewart and Jamal Petgrave compete in the -90kg category. Stewart is competing in his 3rd Grand Slam this year, whilst former European U23 silver medallist, Petgrave, makes his first appearance since competing at the Dusseldorf Grand Slam back in February 2020.

Harry Lovell-Hewitt makes his World Tour debut in the -100kg category, whilst Emma Reid and Shelley Ludford both make their Grand Slam debut’s in the -78kg category. Reid recently made a medal winning return to competition claiming bronze at the Prague European Open. Ludford finished 7th in Prague after facing Reid in the Repechage.

Sarah Adlington currently sits 54 world ranking points outside of the automatic qualification places for Tokyo in the +78kg category, but does occupy a Continental quota qualifying position. Adlington competes for the 4th time this year and her 4th time in Tbilisi.

Lovell-Hewitt has an opening round bye in the -100kg competition and faces Giorgi Beriashvili (GEO) in Round 2.

In the -78kg competition, Ludford has an opening round bye, and will face 7th seed, Zhenzhao Ma (CHN) in Round 2, whilst Reid faces 7x African Champion Kaouthar Ouallal (ALG), in the opening round.

Adlington has an opening round contest against Shiyan Xu (CHN) in the -78kg competition.

Sally Conway Joins JudoScotland Coaching Team Scroll to top
Select the fields to be shown. Others will be hidden. Drag and drop to rearrange the order.
Click outside to hide the compare bar
Compare