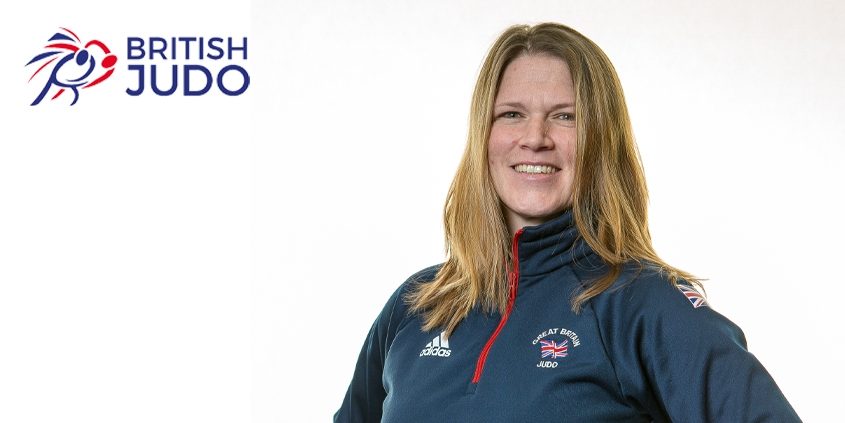 The British Judo Association has today announced Karen Roberts as the newly appointed Development Director for the National Governing Body.

The role of the Development Director will be to work with key funding partners and staff with the aim to grow British Judo’s participant base and win multiple medals at the Olympic and Paralympic Games whilst providing internal leadership, management and coordination of all the Associations support functions.

Roberts remains working in the sport that has brought her so much success both on and off the mat, as an athlete and more recently when she joined the Association, following her retirement in 2004, to support the GB Judo World Class Performance Programme.

A member of Pinewood Judo Club, under the tutorage of the late Don Werner, Roberts has represented her country at the highest-level winning gold at the Commonwealth Games in 2002 in Manchester. She also won silver at the European Championships earlier that year in Maribor. The Sydney Olympian also won World Championship bronze in 1999 in Birmingham.

In 2007 Roberts joined the British Judo Association in the role of Performance Operations Manager, supporting the athletes and coaches within the Olympic and Paralympic Programmes. Roberts was Team Leader for both the 2008 and 2012 Olympic Games and has acted as a mentor across multiple Olympic and Paralympic sports for the English Institute of Sport.

Speaking of her new challenge, Roberts said: “I started Judo 38 years ago, and it has been part of my life ever since. I am committed to the belief that sport has the power to provide social, physical, and mental benefits to participants, and has the potential to inspire, motivate and connect communities. This is a belief generated by my personal experience of judo, and it is an ambition that all participants can have a judo experience that is equally positive for them.

“We have a fantastic Judo family in Great Britain, I am looking forward to supporting our coaches and clubs to do what they do best – offering our fantastic sport to the Nation.”

British Judo CEO, Andrew Scoular added: “I am delighted that Karen has agreed to take on the Development Director role at British Judo. Karen has a proven track record for success and her wealth of knowledge and experience in the judo world will be a fantastic asset in helping us to continually improve.”

“This is an incredibly important position within the new structure at British Judo, providing strategic leadership as we embark on an exciting transformation of the Association.”

Roberts will officially start her new role on 1st September.

Training in the Heat

20 set for European University Games Scroll to top
Select the fields to be shown. Others will be hidden. Drag and drop to rearrange the order.
Click outside to hide the compare bar
Compare