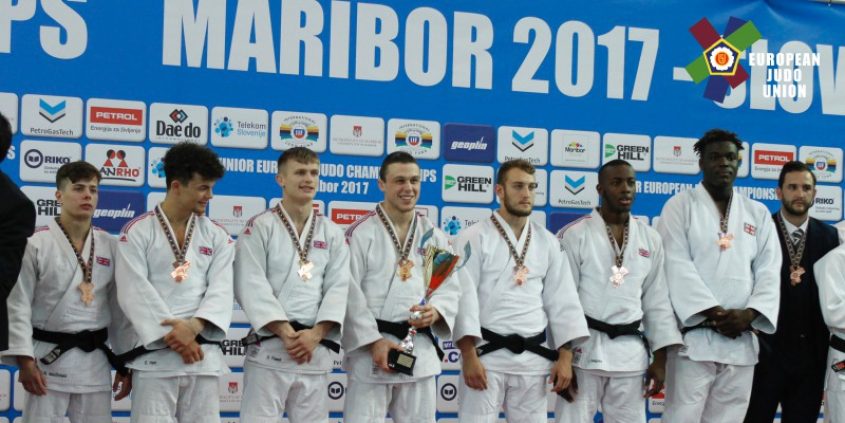 There was another medal winning performance from the Junior squad at this weekend’s European Championships as the men’s team claimed a well deserved bronze medal. 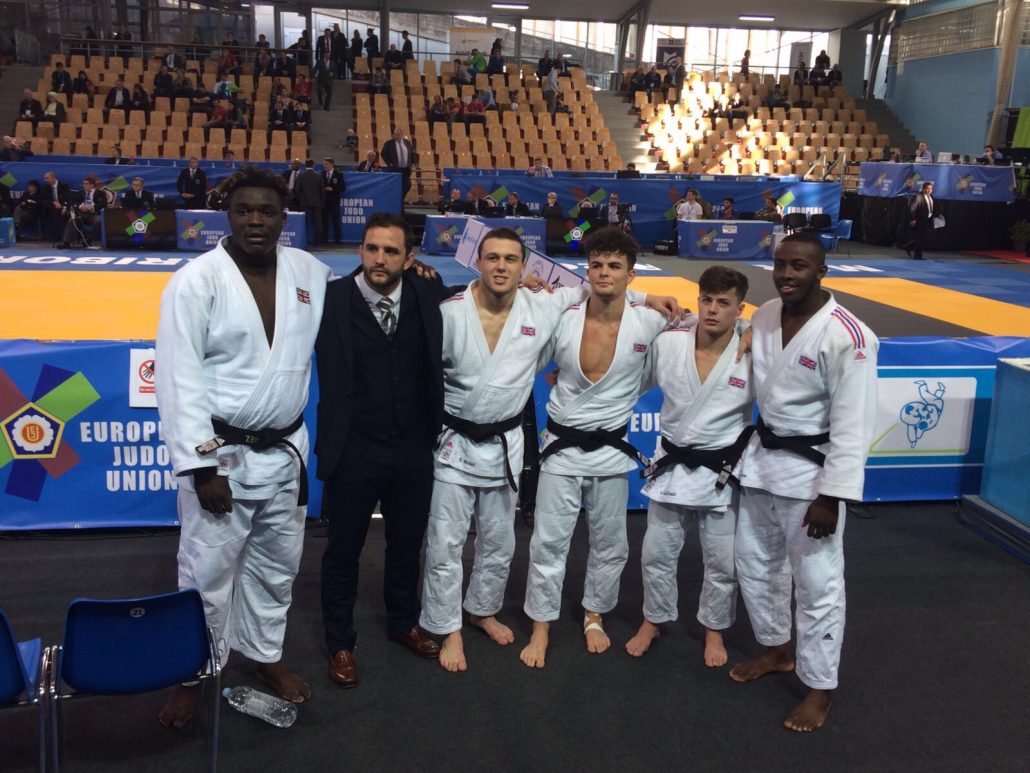 Following Acelya Toprak and Jamal Petgrave’s silver and bronze medal wins over on Friday and Saturday, the men’s squad battled well throughout the day against tough opposition to finish the weekend on a high.

A 3-2 victory against Israel in the opening tie of the day for the squad settled any pre-tournament nerves for the guys as Neil MacDonald, Dan Powell and Stuart McWatt registered three straight wins for the team to secure the win. James Hayes and Wesley Greenidge would lose the dead rubbers to complete the scoring. McWatt has been out of action long term and today represented the first opportunity to get back into international competition and he didn’t disappoint.

A strong Russian team awaited GB in the last eight and it proved to be a tough contest as GB lost the tie 4-1 with McWatt picking up the sole point for the side with victory via ippon in his match. 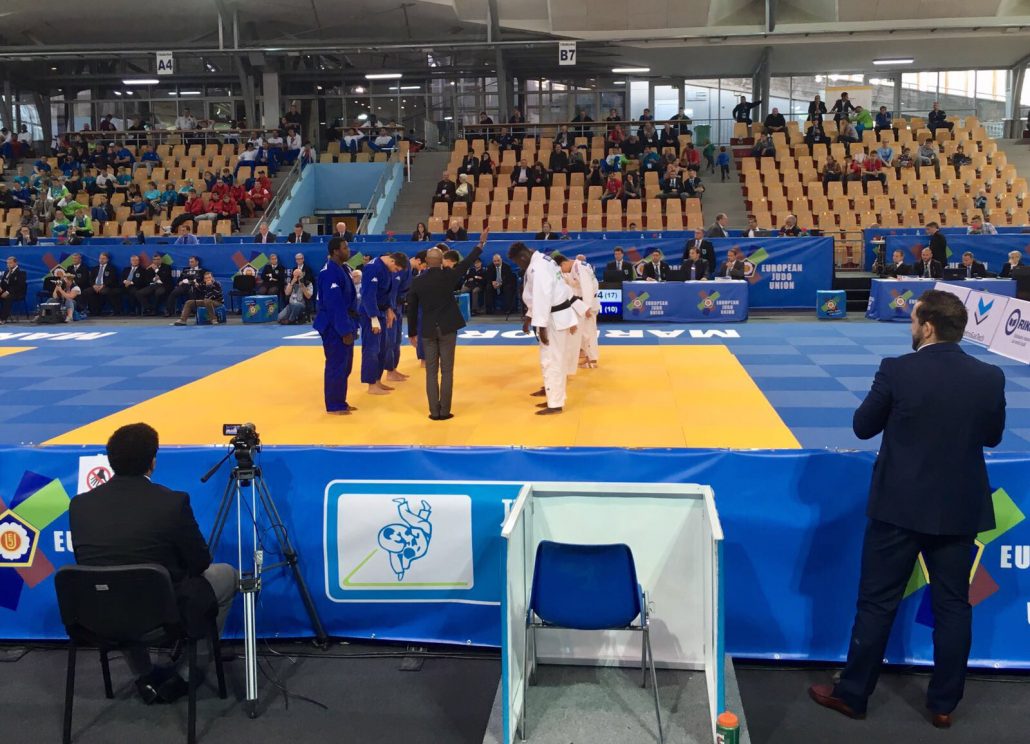 This dropped the side into the repechage and a match-up against Montenegro for the chance to progress into the bronze medal contest. The squad registered arguably the performance of the day in this fixture as they romped through 5-0 with four of the contests finishing via ippon within the opening minute!

The momentum was with GB squad as they faced off against Italy for the bronze medal. With Neil MacDonald having dropped the opening contest, the pivotal point of the tie saw Eric Ham defeat Leonardo Casaglia in the final two seconds of regulation time to even the score. Victories for McWatt and Petgrave followed to seal tie to spark celebrations in the stands and Greenidge put the icing on the scoreline to give GB a 4-1 victory, and with it, the bronze medal!

The returning Stuart McWatt was thrilled with his teammates performance throughout the day: “It was great to be back fighting internationally after almost two years out and to end the day with a Junior European Team Bronze medal is just amazing! Extremely proud of how I fought and how the team competed today.”

Coach Denny Roberts was full of praise for the young athletes: “What a day and what a performance by each and everyone of these boys. It was a pleasure to be a part of their success. I couldn’t be happier for them. The support from the girls team and GB staff throughout the day was massive in keeping the boys going. And what a rostrum to be a part of. There are some major judo powerhouses winning medals today and it just goes to show the hard work back home is paying off for the guys.”

The female squad exited the competition at the first stage after falling to a 3-2 defeat to Italy. The girls competed admirably and had their backs against the wall throughout the contest after having to forfeit a point at the -70kg contest. Lubjana Piovesana and bronze medalist Acelya Toprak claimed victories for the side to force a winner-takes-all contest in the fifth rubber, but in a close contest, Shelley Ludford couldn’t find the winning combination to help the squad progress. 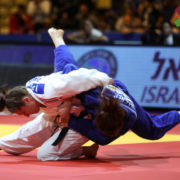 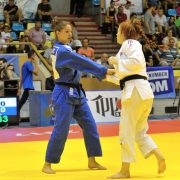 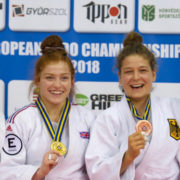 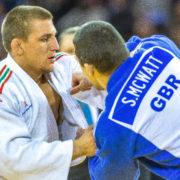 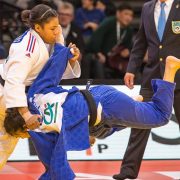 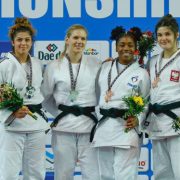 Win tickets to LEGO® NINJAGO® Scroll to top
Select the fields to be shown. Others will be hidden. Drag and drop to rearrange the order.
Click outside to hide the compare bar
Compare