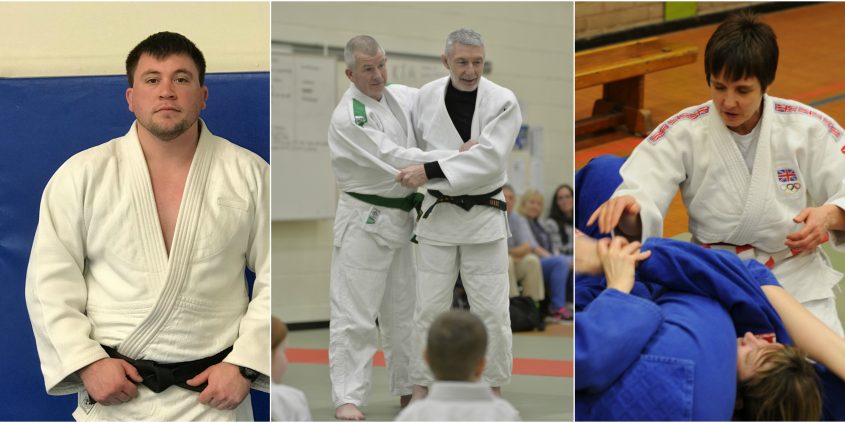 Three Judo coaches have been celebrating recently after passing their Masters degrees at Sheffield Hallam University.

They have achieved a Masters in Science (MSc) in Advanced Sports Coaching Practice, which is nationally recognised with the British Judo Association as a Level 5 certification in the coaching spectrum.

The successful students are:

“As the former Chair of JudoScotland, BJA Director and now Honorary VP of JudoScotland I was delighted to be offered a place on the first cohort of BJA coaches to join the Post Grad and MSc in Advanced Sports Coaching Practice course at Sheffield Hallam University” Jim Feenan explained.

“My MSc research project was on ‘the effectiveness of Judo on young people who have behavioural or additional support needs’ and although it just scratching the surface it provides empirical evidence of how judo can make a difference in their academic, peer-peer and teacher relationships and in their overall health & wellbeing.”

Vince Skillcorn said “The MSc course is a credit to the coach education team within British Judo. It is without doubt the hardest thing I have done within my coaching and one of my proudest achievements.

The course gives an insight into many aspects of coaching such as psychology, biomechanics, performance analyses, strength and conditioning, nutrition, coaching development and then gives you the opportunity to specialise in an area of particular interest to you – I focussed on talent identification, talent development and long term athlete development within my final year. At 29 it is still early days within my coaching career and I have a lot to learn and achieve, but I believe this course has given me a great platform to continue this learning process.”

The Association has also seen a cohort of coaches upskilled to the Post Graduate Diploma (PGDip) in Advanced Sport Coaching Practice, which is recognised as a UKCC Level 4 and BJA Level 4. They include:

Obituary: Roy Luff Scroll to top
Select the fields to be shown. Others will be hidden. Drag and drop to rearrange the order.
Click outside to hide the compare bar
Compare