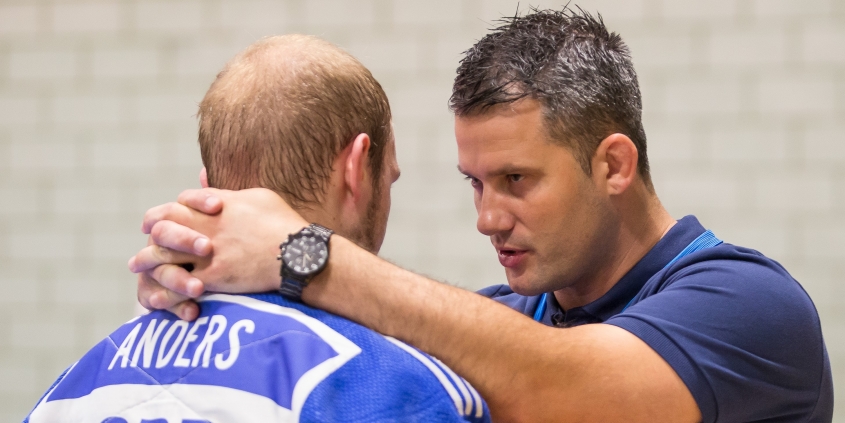 British Judo Paralympic Head Coach, Ian Johns recently travelled to Tokyo to work with a number of Paralympic coaches, from across the globe, to educate them on the coaching of visually impaired judo.

We caught up with Ian to get his thoughts on the trip:

“The Agitos foundation is a charitable organization that has worked closely with the Tokyo 2020 group to deliver educational courses for coaches working with Para athletes around the globe. The course name was “Road to Tokyo 2020” and was aimed at a number of different sports including Archery, Power Lifting, Taekwondo and Judo. As the director of education and coaching I was invited to Tsukuba University Japan, 18-23rd November 2019, to deliver three days of education surrounding the coaching of visually impaired judoka. The course had 42 coaches from 16 different countries along with 6 educators. Following on from this road to Tokyo event there are another two events planned to once again showcase sports to a range of Asian nations. Tsukuba University is a very famous university that has very strong connections with the father of Judo, Dr Jigaro Kano and it was a privilege and an honor to be asked to be a lead educator in such a setting. 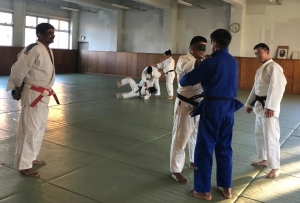 After landing in Narita airport myself and another British coach were put in a limousine bus to Tsukuba University which took another hour, on top of the 15-hour journey from Birmingham airport in the UK. We were met by a member of the Japanese Tourist Board (JTB) and taken to the hotel. The next day the course started with an opening ceremony with a number of speeches and introductions being made, this was my first chance to see the participants of the Judo course. I recognized two coaches from the Mongolian and Indian deligation – I didn’t know any of the other 8 participants. The three days were split into class room-based sessions talking about what visual impairments were, classifications, coaching visually impaired athletes, mistakes I have made, strength programmes, periodization of the calendar and the rules of VI competition. In the afternoon’s the coaches had the chance to coach on the mat – we used blind folds to replicate some form of visual impairment and we covered topics such as coaching models, prehabilitations, warm ups, uchi komi, the use of language/communication skills and competition rules. The time spent with the coaches demonstrated to me that the coaches are of a really good level and they have the ability to produce world class athletes that could one day compete in IBSA events around the world. We had some very open and honest discussions about funding and how to make things work… I use my laptop to plan the training for my athletes – but there is no reason why it cannot be written down on a piece of paper or discussed with the athlete. We tried to answer as many questions as we could, and the group of coaches engaged so well in each of the sessions. The openness to learn was fantastic and I am so proud that I was able to speak to these very driven coaches that want to develop Para Judo in their respective countries. 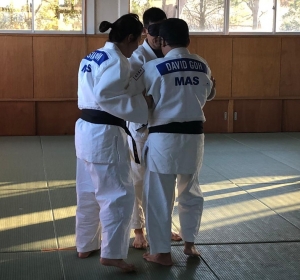 Overall, I would say that the course was a huge success and hopefully the coaches went away understanding more about the visually impaired judo world. I know that my judo family has definitely grown after meeting these coaches and I look forward to seeing Nepal, Bhutan, Hong Kong, Malaysia, Mongolia and India on the IBSA Judo circuit in the future. A massive thank you must go to the Agitos Foundation, Tokyo 2020, the Japanese Paralympic Committee and Tsukuba University for making this course happen. As an educator I believe that movements like this make a huge difference and I learnt so much from my new-found coaching friends from around the globe.” 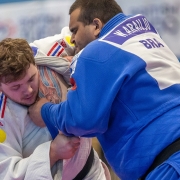 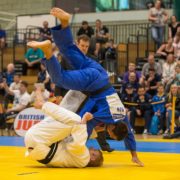 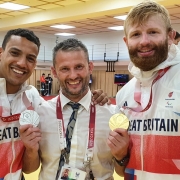 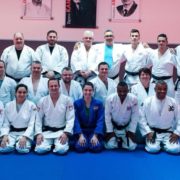 Priority Entry Now Open for 2020 British Schools Championships Scroll to top
Select the fields to be shown. Others will be hidden. Drag and drop to rearrange the order.
Click outside to hide the compare bar
Compare