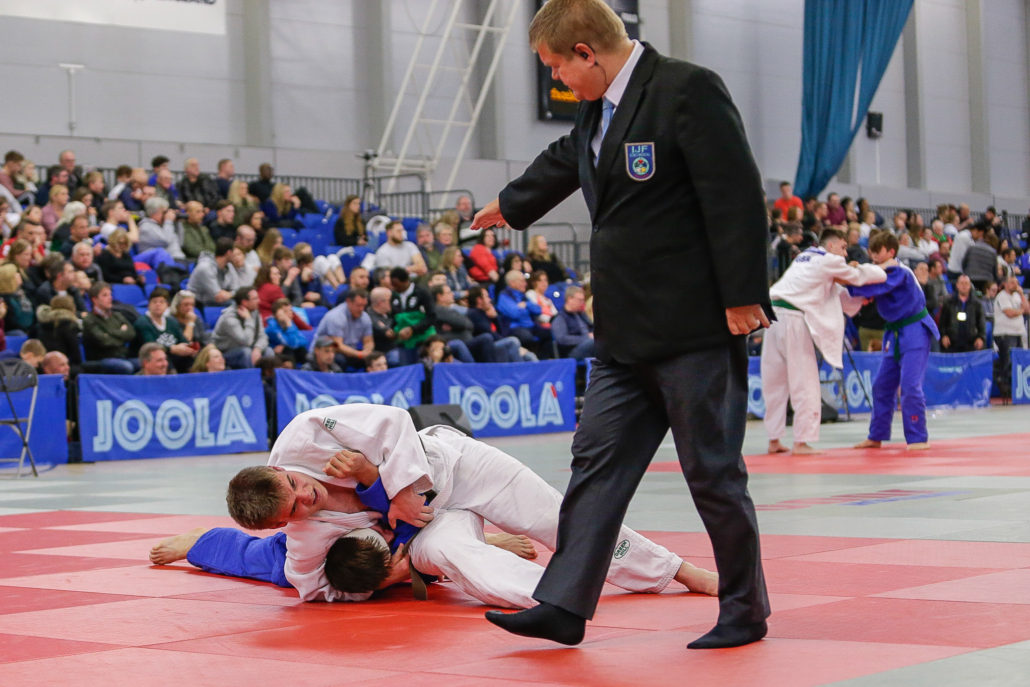 Martin is well known throughout Britain where he has served as a referee for some thirty years and across Europe where he has refereed as a Continental Referee for nine years. Martin is also a senior club coach at Kin Ryu Judo Club, a senior examiner, national kata examiner and a referee tutor, as well as a respected referee in charge at national and area events.

Martin’s promotion is also a source of inspiration for the many young referees across the country. Martin started refereeing aged 12 as a junior referee and is the first referee to progress from this starting point through to the highest international level. British Judo hopes to see further such successes from its current cohort of young referees in the future.

Bill Taggart, BJA Director and National Refereeing Commission Chairman said: “I’m thrilled that Martin has achieved his goal of becoming an IJF A International Referee. This is the result of years of hard work, perseverance and sacrifice by Martin and he can rightfully be proud of all he has achieved for himself and his country.”

How did you get into judo in the first place?

When I was 10, I went on an activity holiday with my junior school.  Butlins in Clacton.  We did loads of stuff – canoeing, archery, judo, karting, basket weaving (!!), abseiling, swimming, etc. When I got home, I took all the cushions off the sofa and said look what I learnt – then threw my sister across the room.

Why did you stick with the sport after starting?

It was like nothing else I’d even done. I found a really good club, made good friends, had good coaches and it never got boring – always something new to try and do and aim to get better at them.

When did you start refereeing?

At my club.  We were a competitive club and often did mock-contests.  I was 12 when I did my first course and exam.

My coach.  During those mock contests, I found that I had an aptitude for getting the scores more correct than they did (by their own admission), so I was put out to referee.

What were your ambitions when you started refereeing?

To survive! To get better and less nervous at it.

Can you remember what it was like refereeing at your first event?

I felt sick.  I just hoped that the practice at the course and at the club previously would pay off and I wouldn’t make many mistakes

What is the most challenging thing about being a referee?

Being in the right place at the right time – to get the best view of the action and get the decision correct.

What do you enjoy the most about refereeing?

The challenge. Getting the best seat in the house. The opportunity to travel and work with other IJF referees and to get better.

What was it like passing and getting your International Referee Licence?

A relief!  It’s been eight long years in the making, with an intense year leading up to it.  I knew I’d done good preparation and felt incredibly calm over the 2 days of the practical exam.

What’s your next steps as a referee and what other events have you targeted this year?

Interested in refereeing? Check out the ‘Refereeing’ section of our website and find out how you can get started

It’s Not Too Late to join the Technical Officials Course Running at Samurai...

Coaching Week: Jo Crowley Blog Scroll to top
Select the fields to be shown. Others will be hidden. Drag and drop to rearrange the order.
Click outside to hide the compare bar
Compare
Wishlist 0
Open wishlist page Continue shopping