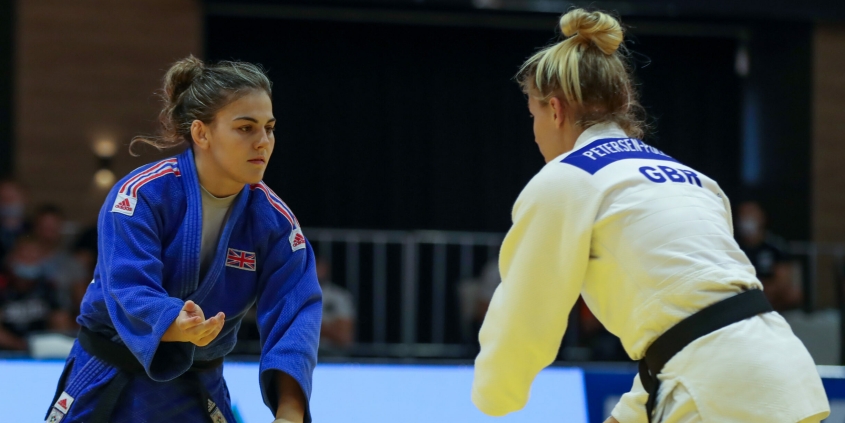 This weekend sees the International Judo Federation (IJF) World Tour return as fighters head to Almada for the Portugal Grand Prix, the first time a Grand Prix event has been staged in the country.

Following the successful staging of continental championships and world events for veterans and kata specialists, Lisbon has been added to the World Tour calendar.

This competition also sees the implementation of the new rules for the new Olympic cycle.

Thirteen GB Judo fighters, including five recently crowned British Champions, will be in action across the three-day competition starting on Friday 28th January.

Ashley McKenzie competes for the first time since the Tokyo Olympic Games. The 8x Grand Prix medallist is joined in the -60kg category by Dylan Munro. Munro, who is making his World Tour debut picked up a silver medal at the Malaga European Open and bronze at the Dubrovnik European Cup last year. 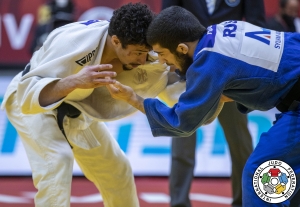 Ashley McKenzie last competed at the Tokyo 2020 Olympic Games, his 3rd appearance at the Olympic Games having made his debut in London.

Seeded 7th Platten has an opening round bye and will face 2021 European Junior Championship bronze medallist, Lea Beres (FRA) in Round 2.

British Champion Gregg Varey started his 2021 campaign with a World Tour career high finish of 7th at the Antalya Grand Slam. The Welshman is joined by Scot Alexander Short who, last year, picked up his first international medal since 2018, when he topped the podium at the Dubrovnik European Cup.

Varey will face Narmandakh Bayanmunkh (MGL) in the opening round, a fighter who is ranked just 5 places ahead of Varey in the IJF world rankings. Meanwhile Short will face Petr Zhukov (ROU), a fighter who finished 5th at the recent Dubrovnik European Cup.

Gemma Howell competes for the first time since the Tokyo Olympic Games in a new weight category. Stepping down to the -63kg category which she competed in during the London and Rio Olympic cycles.

Howell will face 8th seed Inbal Shemesh (ISR) in the opening round. 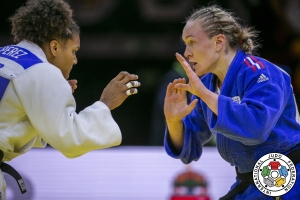 Jemima Yeats-Brown (featured image) is another fighter that has stepped down a weight category for the new Olympic cycle, now competing at -70kg. Yeats-Brown spent 2021 competing at her new weight category, following a return to competition after injury at the Budapest Grand Prix in 2019. Silver at the Sarajevo European Open was followed by a 5th place finish at the Zagreb Grand Prix and 7th at the Paris Grand Slam.

Seeded 5th, Yeats-Brown has an opening round bye and will face Andela Violic (CRO) in Round 2. Violic recently finished 7th at the European u23 Championships.

Scottish fighters Scott Cusack and Louis Delsol both make their World Tour debuts in Portugal competing in the -81kg category. Both Cusack and Delsol are British Championship bronze medallists, Cusack taking bronze in 2019 and Delsol at the recent 2021 Championships.

Emma Reid (-78kg) will be hoping to continue her impressive run of form that has seen her medal in 8 of her previous 9 competitions, the most recent being gold at the Abu Dhabi Grand Slam. These results have seen her rocket her way up the world rankings to 22nd and is the top ranked GB fighter in the weight category.

Seeded 5th, Reid has an opening round bye and will face current European u23 Championship silver medallist Petrunjela Pavic (CRO) in Round 2. 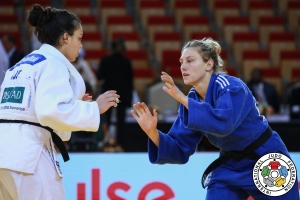 Sarah Adlington made her return to competition following the Tokyo Olympic Games at the recent British Championships, winning gold in the +78kg category. Making her international return to competition, Adlington is seeded 5th and will face current World Junior Champion Marit Kamps (NED) in the Quarter-Finals.

Final Block is scheduled to commence at 17:00 on each day.

You can watch all the action live from the Portugal Grand Prix on the British Judo homepage.

Grand Prix Judo League Round One Scroll to top
Select the fields to be shown. Others will be hidden. Drag and drop to rearrange the order.
Click outside to hide the compare bar
Compare