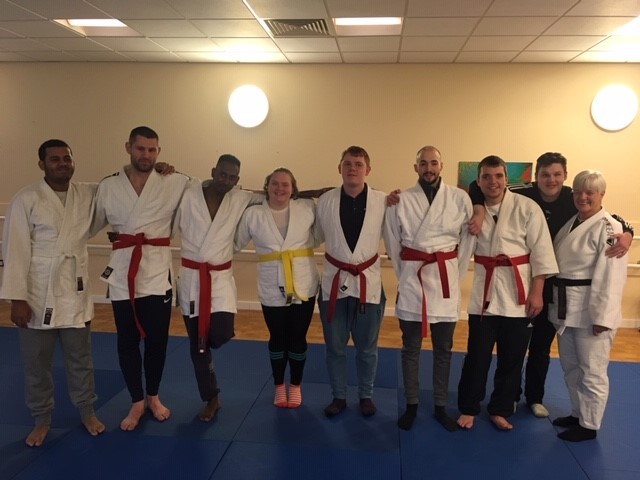 The Hereford College, which is one of the VI/SN satellite clubs of the Worcester Judo Club, has a completely fresh membership of ten judoka.

After a customised coaching programme, all ten have passed their red belt grading with ease and are on their way to their yellow belt grading in the near future.

Carol has had several groups of good athletes from the college who have participated in judo at varying levels over this period.

It is planned to extend this further by giving these athletes the opportunity to further impress with performance centre interaction in 2019.

Carol expressed her gratitude to the Hereford College and in particular Aaron Ford and his team of highly supportive staff to this project.

National Development Officer, Keith Merrick said: “I am very impressed with the progress made by these judoka in such a short time and look forward to their further progression through the judo system over the rest of this educational year and beyond.”

GALLERY | 2018 Junior British Championships
Scroll to top
Select the fields to be shown. Others will be hidden. Drag and drop to rearrange the order.
Compare
Wishlist 0
Open wishlist page Continue shopping
We use cookies to ensure that we give you the best experience on our website. By continuing to use our website, you agree to the use of cookies.OKRead our Privacy Policy