You are here: Home / Featured / Gregory and Barratt in action on final day of Junior European Champion... 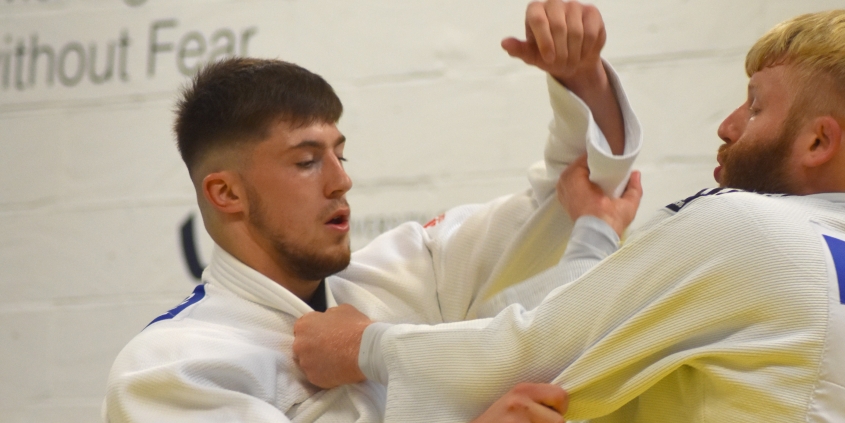 On the final day of the individual competition at the Junior European Championships, all eyes, from a British Judo perspective, were on the -100kg category as Max Gregory and Oliver Barratt were in action.

Gregory had an 8-minute opening round contest with Paul Creata (ROU). It was Gregory who booked his place in the second round, taking advantage of his tiring opponent to hold him down for 20 seconds.

In Round 2 Gregory was narrowly defeated by 4th seed Lars Vissers (NED). A single waza-ari score enough to see Vissers progress to the Quarter-Finals.

In Pool D, Barratt was defeated by Ruslan Nasirli (AZE) in the opening round. Nasirli was a bronze medallist earlier this year at the Coimbra Junior European Cup.

New Club Funding Opportunity: Allianz Scroll to top
Select the fields to be shown. Others will be hidden. Drag and drop to rearrange the order.
Click outside to hide the compare bar
Compare