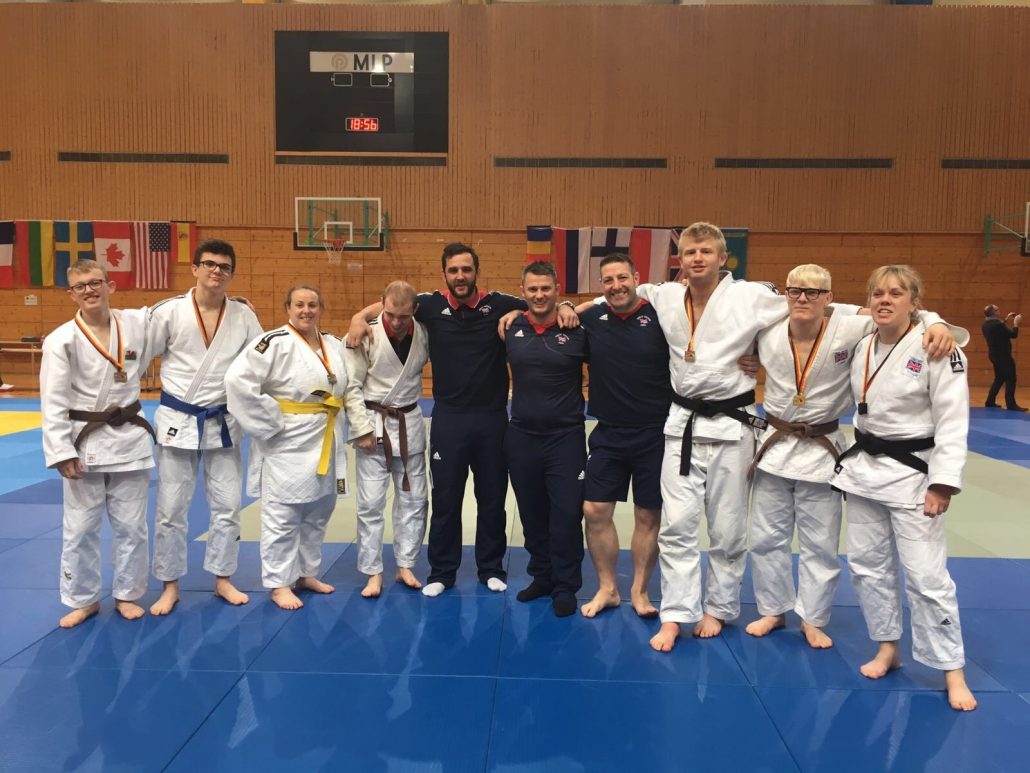 British judoka came away with six medals at the Visually Impaired German Open in Heidelberg on Saturday 25 February.

The German Open was the first international VI judo tournament of the year and saw a good mix of experienced and new competitors in action on the day.

Chris Skelley and Natalie Greenhough were among the returning Paralympians in the field on Saturday. Both were fighting in a VI judo competition for the first time since last year’s Paralympic Games though Skelley had fought at the Scottish Open in January, finishing with silver in a sighted field.

Hull judoka Skelley was in impressive form throughout the day winning his first four contests by ippon with a good mix of standing judo and ground work including a win over home judoka Oliver Upmann, who he also beat at the Paralympics last year.

However, in his final contest of the day he lost to American judoka Ben Goodrich, who had moved down from +100kg after last year’s Paralympics. The British fighter tried to recycle in ne-waza and found himself caught on the ground and held down for 20 seconds to finish with a silver medal.

Natalie Greenhough was in action -70kg and showed great improvement in her judo but was unable to get the better of Olga Zabrodskaya (RUS) and finished with silver.

Victoria Howarth also finished with silver at +70kg on her VI Judo debut, having transitioned from Para-Equestrian while Evan Molloy (-73kg) finished just outside the medals in fifth place.

Molloy had a very impressive day in the Junior competition as he won gold at -73kg. The Bath judoka won each of his four fights by ippon to top the podium while fellow GB judoka Cameron Bradley took home bronze.

Welsh judoka Sam Price (-60kg) was also making his debut at international VI judo level and came away with a silver medal in the Junior -60kg competition. Price, won three of his fights by ippon but came undone against Spanish judoka Sergio Ibanez.

Social Media Round-Up: 20 – 26 February 2017 Scroll to top
Select the fields to be shown. Others will be hidden. Drag and drop to rearrange the order.
Click outside to hide the compare bar
Compare
Wishlist 0
Open wishlist page Continue shopping