You are here: Home / Featured / Gold for Renshall at Antalya Grand Slam 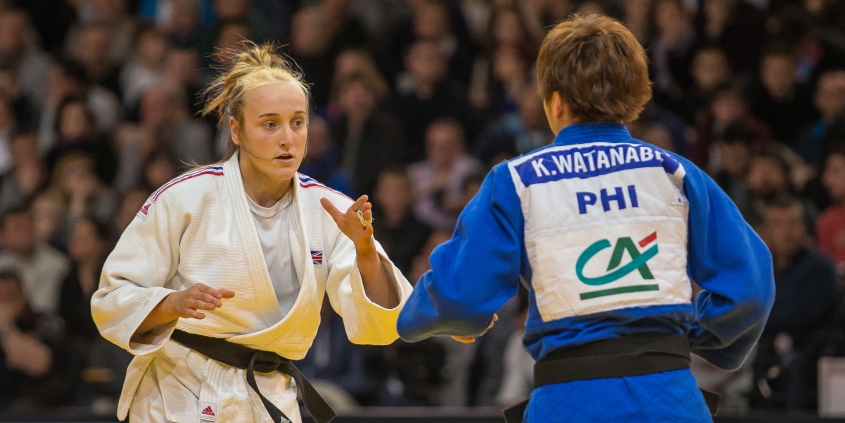 The race for -63kg Olympic selection to Team GB took another turn today as Lucy Renshall won gold at the Antalya Grand Slam.

Renshall entered the Antalya Grand Slam less than 200 points behind current -63kg top seeded British Judo fighter, Amy Livesey, in the race for the sole spot to represent Team GB at the Tokyo Games this summer.

Renshall has been in great recent form having finished 7th at the Tel Aviv Grand Slam and 5th at the Tbilisi Grand Slam last weekend.

Seeded 5th on the entry list, Renshall defeated Valentina Kostenko (RUS) in Round 2, following an opening round bye, a waza-ari scored in the closing 20 seconds enough to see her progress.

Renshall faced Anriquelis Barrios (VEN) in the final. Prior to the final the head-to-head between the two fighters stood at one victory each.

As the timer passed the 2 minute mark of Golden Score, it was Renshall who scored via a left kouchi makikomi to register a waza-ari score and record the greatest result of her senior career, but most improtantly, claim 1000 world ranking points.

Reflecting on her performance Renshall said: “I am so happy to win my first Grand Slam gold medal today. I didn’t perform my best, but I knew I had to take it one fight at a time, dig deep and win! I could not of done it without my coach Jamie by my side.” 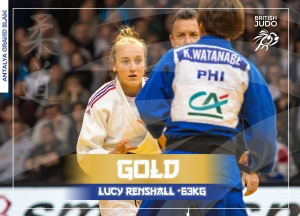 It took 3 minutes of Golden Score for Kelly Petersen-Pollard to defeat the 2019 African Champion, Nihel Landolsi (TUN), in the opening round and progress to Round 2 and face top seed, Kim Polling (NED).

Unfortunately Petersen-Pollard amassed three penalty shidos in her Round 2 contest againt Polling, so was unable to progress to the quarter-finals.

In a contest that lasted close to 9-minutes, Gemma Howell (-70kg) was defeated by this years’ Tbilisi and Tashkent Grand Slam bronze medallist Gulnoza Matniyazova (UZB) in Round 2, following an opening round bye.

Eric Ham was defeated in the opening round by Faye Njie (GAM), a single waza-ari score enough to see Njie progress.

Tomorrow is the final day of the Antalya Grand Slam which sees Max Stewart and Sarah Adlington in action. 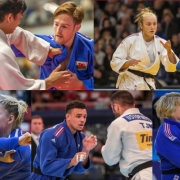 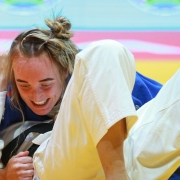 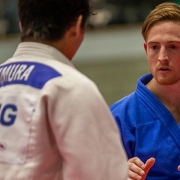 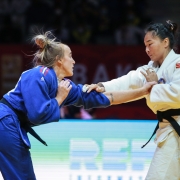 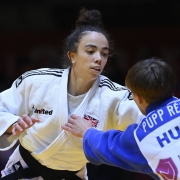 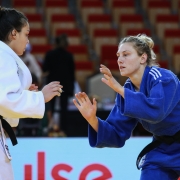 Obituary: Ian Raine Scroll to top
Select the fields to be shown. Others will be hidden. Drag and drop to rearrange the order.
Click outside to hide the compare bar
Compare