You are here: Home / Featured / Gold for Conway on Day 2 of the Tel Aviv Grand Prix 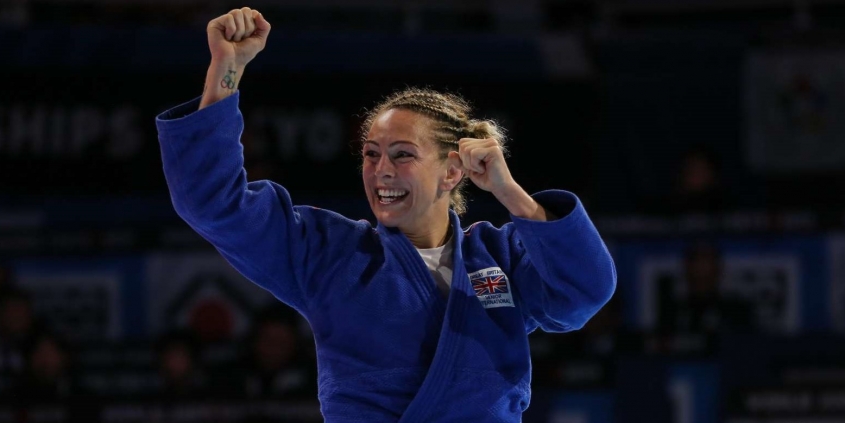 On the second day of action at the Tel Aviv Grand Prix in Israel, Sally Conway (-70kg) moved one step closer to securing Olympic qualification by winning gold.

Conway’s experience showed as she defeated Tsunoda Roustant by waza ari awasete ippon to set up a final against former World Championship bronze medallist Seongyeon Kim (KOR). In the final Conway dominated the match before throwing Kim for ippon using an ashi-waza combination.

Elsewhere after an opening round bye, Lucy Renshall (-63kg) was defeated by Anriquelis Barrios (VEN) in the second round by waza ari awasete ippon. Barrios eventually went on finish 5th.

Lubjana Piovesana (-63kg) unfortunately amassed three penalty shido’s in her second-round match against Katharina Haecker (AUS) and was defeated. Haecker eventually progressed to the final where she won gold.

Gemma Howell (-70kg) was defeated by Gabriella Willems (BEL) in the opening round after being countered in the closing stages with the scores level at one score each.

Stuart McWatt (-81kg) was defeated by Adrian Gandia (PUR) in the opening round.

Chelsie Giles (-52kg) was defeated by Karolina Pienkowska (POL) in the second round.

Gregg Varey (-66kg), competing for the first time since claiming silver at the Dakar African Open in November, was defeated by Yuuki Hashiguchi (JPN) in the opening round.

Saturday is the final day of action in Tel Aviv and there are four British Judoka in action:

Frazer Chamberlain (-90kg) will face Zachary Burt (CAN) in the opening round.

Chris Sherrington (+100kg) has an opening round bye and will face Alisher Yusupov (UZB) in the second round.

Natalie Powell (-78kg) has been drawn top of Pool D and will face Unelle Snyman (RSA) in the opening round.

Sarah Adlington (+78kg) will face Sandra Jablonskyte (LTU) in the opening round.

Preliminary rounds are due to start at 08:00am on Saturday with Final Block scheduled to start at 03:00pm GMT. 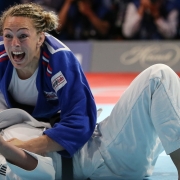 Natalie Powell takes Gold on Final Day of Tel Aviv Grand Prix Scroll to top
Select the fields to be shown. Others will be hidden. Drag and drop to rearrange the order.
Click outside to hide the compare bar
Compare