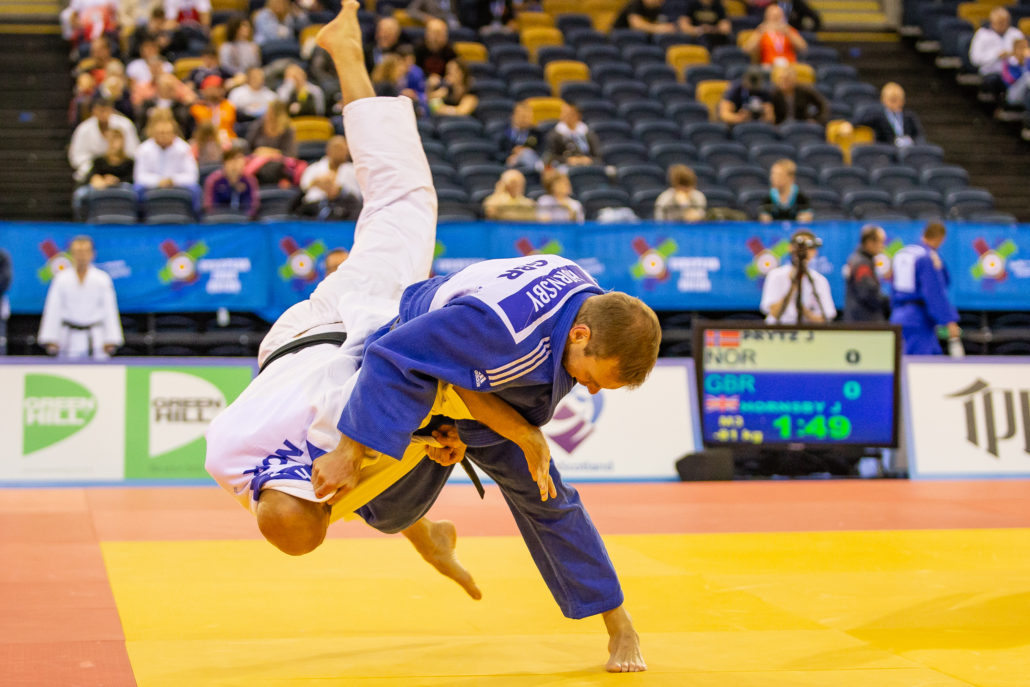 GB Judo upped their medal tally at the 2018 Veteran European Judo Championships to 20 with a further eight medals on Friday 15 June at the Emirates Arena in Glasgow.

The GB Masters had already matched their 2017 total on day one and another outstanding day’s judo have seen them go well ahead of that.

James Hornsby’s gold was the highlight however as the Ryecroft Judokwai fighter’s intense preparation period paid off on his Veteran Europeans debut. 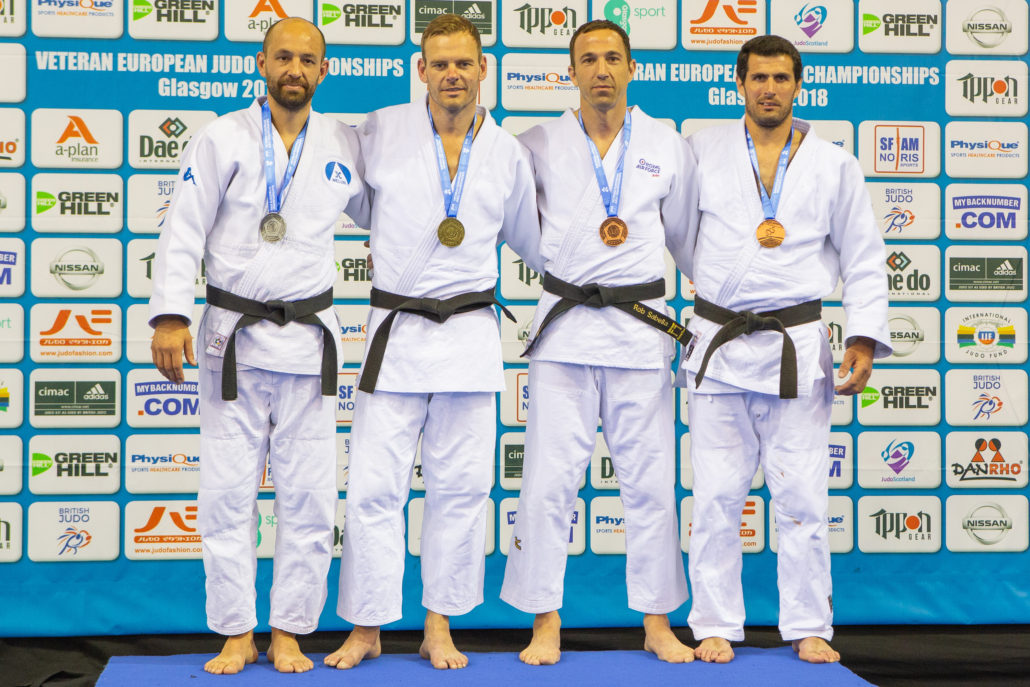 Hornsby came through some tough fights on his way to the M3 -81kg final including a golden score win over Andrea Dimattia (ITA) in the semi-final. However, he showed his prowess in tachiwaza early on with a big throw to defeat Norway’s Jon Erie Prytz.

The British judoka faced France’s Adrien Fauck in the final and it proved to be an exciting and epic tussle with both fighters close to scoring on a number of occasions.

The contest went into golden score and despite being behind by two shidos, the French fighter was still looking dangerous. Eventually Hornsby summoned a final effort to throw Fauck for waza-ari over two and half minutes into golden score.

“It’s kind of the thing I wanted in my wildest dreams really. I won the British last year in September, October time at -90kg.

“I knew the Europeans would be a step above that, a different kettle of fish. Expectations coming in? If I’d got a medal, I’d have been pleased.”

And on that golden score win in the final:

“It just comes down to grit. We was evenly matched. It was two and a half minutes into golden score and it’s just pure adrenaline keeping you going and then it just boils down to who wants it the most. It was that tight a contest.

“It’s been brilliant. The support’s fantastic. The crowd as well, each round I can hear them shouting. In the golden score that’s what makes a difference.” 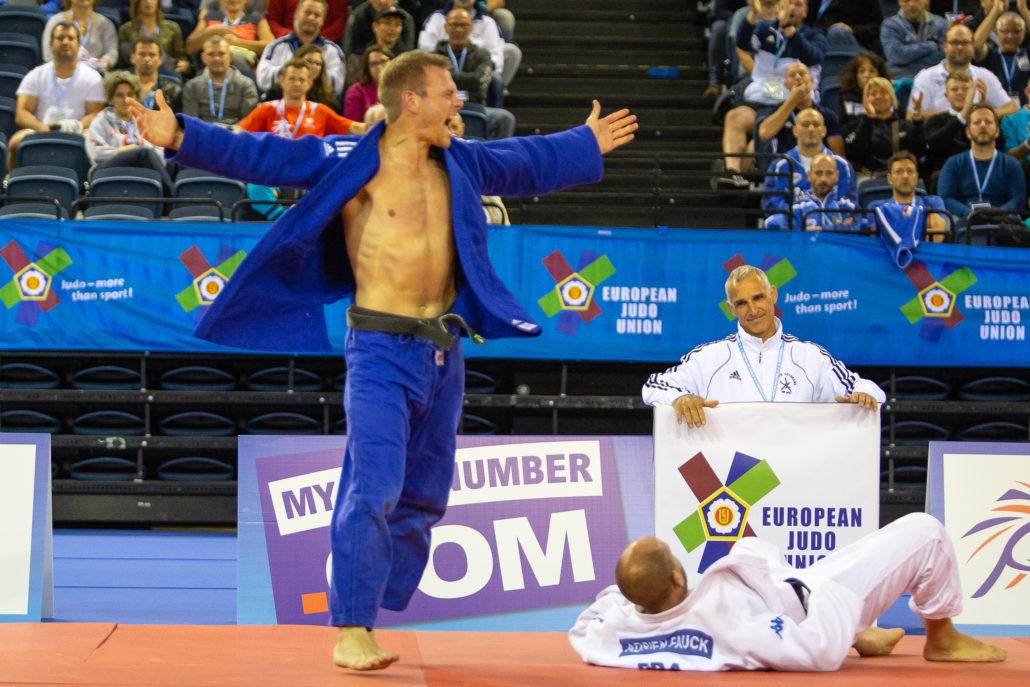 Former junior elite sprinter Samson Omonua showed his class early doors as he proved too strong for Sebastien Lavigne (FRA). He continued that form against Lavigne’s compatriot Marc Prevotel (FRA) in the semi-final with an ippon win.

The final would be against a third French judoka as he took on Patrick Eloumou Boteba. Omonua made a fast start as he looked to use his explosive style to good effect.

However, the French judoka was finally able to take a dominant grip and threw Omonua for ippon.

Giovanny Antalika had the honour of winning GB’s first medal of the day as he beat teammate Danny King in the M3 -66kg bronze medal contest.

Simon Childs and Jason Moore ensured there was double bronze for GB Judo at M3 -90kg while Cezar Voicu capped a fine day’s judo as he beat Emil Huseynov (AZE) in his medal contest.

Paul Hirst was a very popular medallist at M4 -66kg as he won a topsy turvy bronze medal fight against French judoka Sebastien Bodin. Robert Sabella joined James Hornsby on the M3 -81kg medal rostrum as he came through the repechage to beat Italy’s Andrea Dimattia for bronze.

Saturday will be the turn of the F1 – F11 and M1 – M2 judoka to go for glory in Glasgow. Competition starts at 0930 with live streaming via eju.net and britishjudo.org.uk. Follow @BritishJudo on Twitter for highlights of the GB judoka. You can find the full draw on eju.net and ippon.org

12 medals for GB Judo on day one at Veteran Europeans

Draw for 2018 Veteran European Championships Day Four Scroll to top
Select the fields to be shown. Others will be hidden. Drag and drop to rearrange the order.
Click outside to hide the compare bar
Compare