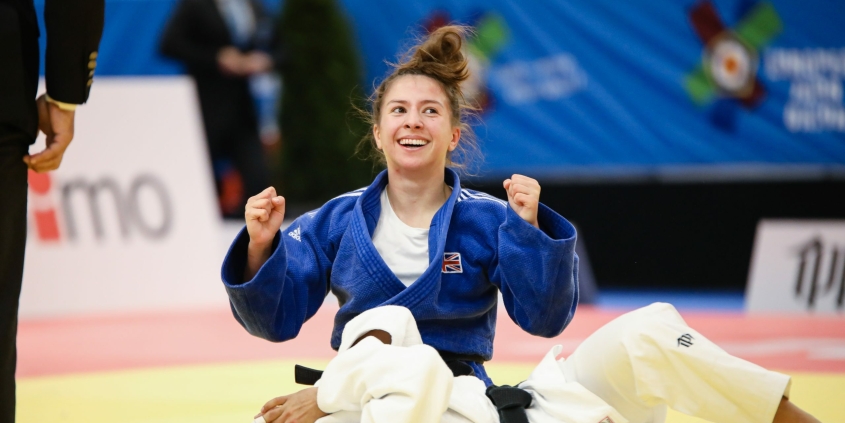 This weekend will see a number of GB judoka compete at the Cluj-Napoca European Open whilst a number of our VI judoka head to Brazil for the São Paulo IBSA Grand Prix.

Commonwealth Games bound Amy Platten, Jemima Yeats-Brown and Sarah Hawkes will all be in action at the Cluj-Napoca European Open

Current U23 Championship bronze medallist Platten enters as the 2nd seed in the -48kg category whilst Yeats-Brown leads the -70kg entries.

Hawkes, who will compete for Northern Ireland when the Commonwealth Games head to the Coventry Arena in August, is seeded 3rd in the +78kg category.

Completing the women’s team is Sian Bobrowska who competes for the first time since March. Bobrowska is seeded 5th.

Young picked up a bronze medal at the Sarajevo European Cup last month, whilst Fryer claimed bronze at the Madrid European Open. They are seeded 6th and 7th respectively.

Following events in Antalya and Nur-Sultan earlier this year, São Paulo will host the final IBSA World Grand Prix of the season before the World Championships in Baku, in November.

Connah Anders (-73kg) will be in action on the opening day of competition whilst Evan Molloy, Jack Hodgson and Chris Skelley fight on day 2. 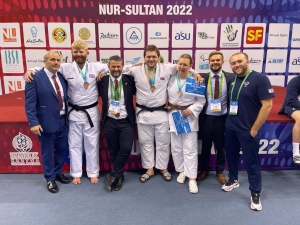 At the Nur-Sultan Grand Prix, Paralympic Champion, Skelley and Hodgson both picked up bronze medals in the +90kg category. Hodgson also won silver at the Antalya Grand Prix earlier in the season where Molloy (-90kg) won silver.

Preliminary round action in Cluj-Napoca will start at 7:00 am (BST) on Saturday, and Sunday with Final Block to follow.

In São Paulo Preliminary Round action will get underway at 14:00 (BST) With Final Block to follow at 19:00 on both Saturday and Sunday.

You can watch all the action from the weekend LIVE on the British Judo Competition Hub page each day.

How Judo Supported Jad Harris transition Scroll to top
Select the fields to be shown. Others will be hidden. Drag and drop to rearrange the order.
Click outside to hide the compare bar
Compare