You are here: Home / Association news / GB judoka in action in Bulgaria, Portugal and Belgium 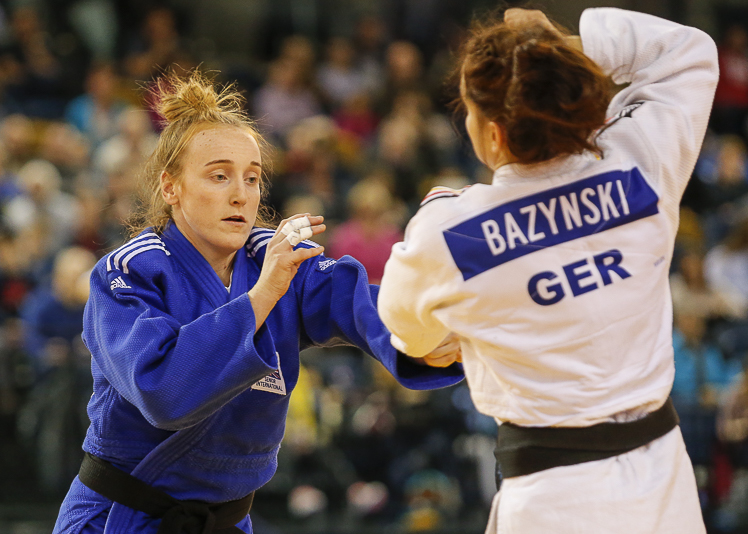 Kimberley Renicks (-48kg), Kelly Edwards (-52kg), Chelsie Giles (-52kg) and Lucy Renshall (-63kg) will all be in action on Saturday in Bulgaria with Edwards and Renshall building up to the Paris Grand Slam next week.

Telford’s Edwards hit a good run of form in the second half of 2016 medalling at six events in a row which saw her move into the top 30 in the world rankings. She’s in a strong -52kg category with world top 10 judoka Erika Miranda (BRA) and Gill Cohen (ISR) both entered.

European Under-23 champion Renshall (pictured, above) in particular has a good record at European Open events with gold medals in Tallinn and Glasgow last year and goes into Sofia as second seed behind Katharina Haecker (AUS).

2014 Commonwealth Games champion Renicks is returning from a long-term absence due to injury while Giles is aiming to pick up valuable experience at senior level as a third year junior judoka.

The competition starts at 10.30am local time and 8.30am GMT with a live stream on eju.net and full draw will be ippon.org. Follow British Judo on Twitter for medal results throughout the weekend. 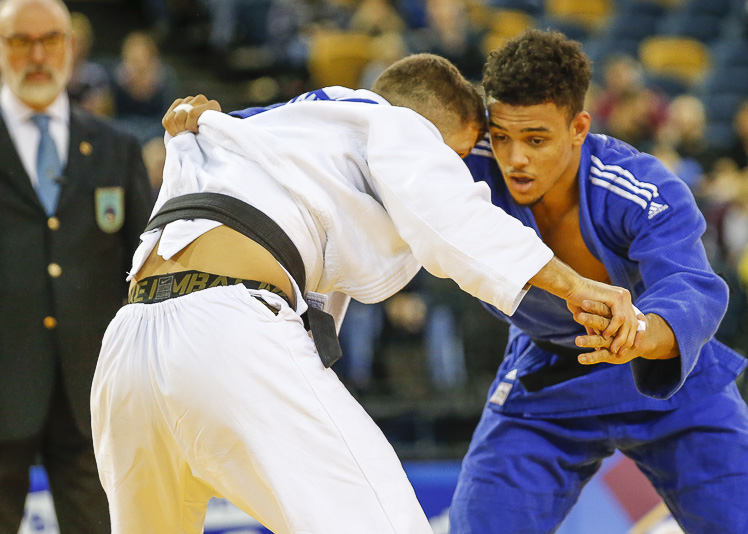 Qingdao Grand Prix gold medallist Max Stewart (-90kg) will be one of three British judoka taking to the mat in Portugal.

He will be joined by Neil MacDonald (-60kg) and Sam Hall (-66kg) with each judoka aiming to pick up valuable ranking points.

Stewart (pictured, above) was another GB judoka to end 2016 on a high as he moved into the world top 25 having only moved up to -90kg earlier that year.

MacDonald won silver at the 2016 Junior European Championships as well as a bronze at the Glasgow European Open, his first senior world ranking medal, while 2015 Junior European medallist Sam Hall will be hoping to improve on a couple of fifth place finishes at continental open level.

Competition starts at 10am local time and GMT with a live stream via eju.net and the full draw will be on ippon.org. Follow British Judo on Twitter for medal results throughout the weekend.

There is also a strong British entry to both the Belgian Ladies Open in Arlon and the Vise International Open this weekend with a number of current British champions in action.

Kelly Staddon (-48kg), Acelya Toprak (-57kg) and Lubjana Piovesana (-63kg) are among the British fighters competing in Arlon while the likes of Eric Ham (-73kg), Colin Oates (-81kg) and Neil Schofield (+100kg) will be aiming to bring their British Championships form to the mat in Vise.

You can find further information on both competitions including live coverage at the links below, as well as a list on competitors entered for Vise:

Latest update from the IJF on adaptation of refereeing rules Scroll to top
Select the fields to be shown. Others will be hidden. Drag and drop to rearrange the order.
Click outside to hide the compare bar
Compare
Wishlist 0
Open wishlist page Continue shopping