There is now a greater alignment with the HN programmes and GB WCPP to ensure that there is a clear and transparent passage for players to transfer onto the GB WCPP from aged 16 onwards.

The HN’s have been identified as specific stages on the Performance Pathway, with a focussed role of DEVELOPING young players from PRE CADET Level to JUNIOR with the goal of transferring players onto the WCPP. Scotland, Wales and Northern Ireland already have identified centres in Ratho, Cardiff and Derry/Belfast respectively.

HN’s have the opportunity to nominate players, from their respective programmes on an annual basis (December/January) for consideration onto the GB Academy programme which aims to prepare players to transition from the HN Programme onto the WCPP on a full time basis. 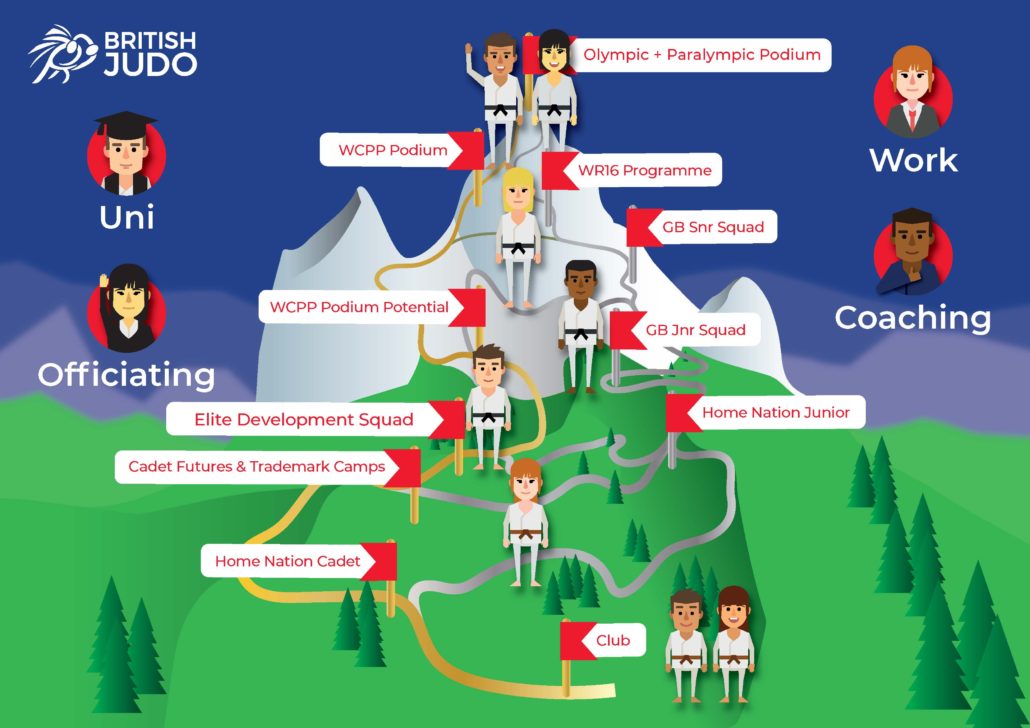 A player pathway has been developed in conjunction with the HN’s to map out the player journey from Club to the Olympic and Paralympic Podium programme based at the British Judo Centre of Excellence.

The Home Nation Programmes offers players the opportunity to train in a part-time/full-time environment.

The Home Nation programmes and Performance Pathway Centres play a vital role within the Performance System in DEVELOPING young players to transition up the pathway with the necessary skills in order to move onto a funded WCPP that is based full-time at the British Judo Centre of Excellence.

Scroll to top
Select the fields to be shown. Others will be hidden. Drag and drop to rearrange the order.
Click outside to hide the compare bar
Compare
Wishlist 0
Open wishlist page Continue shopping