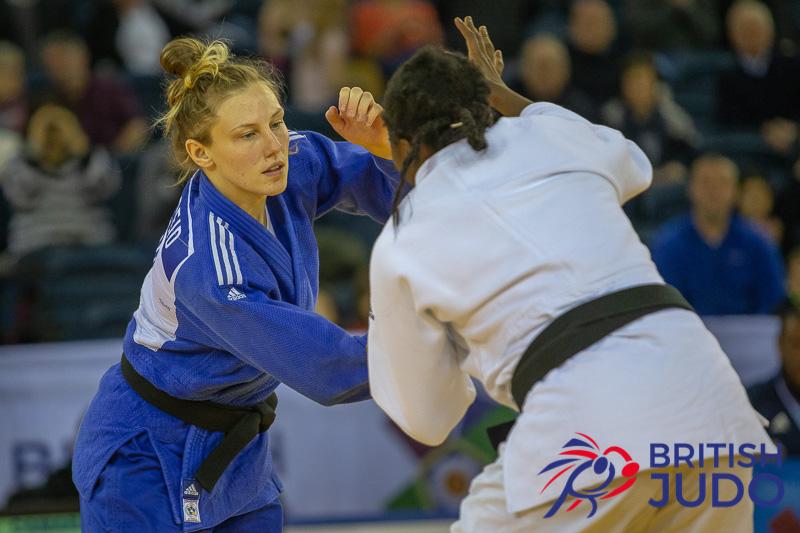 A busy month for GB Judo continues this weekend (16 – 17 February) with Senior, Junior and Cadet judoka in action across Europe.

GB fighters will take to the mat at the Oberwart and Rome European Opens, the St Petersburg and Fuengirola European Cups and the Matsumae Cup in Denmark.

A five strong GB Judo team will be stepping on the tatami in Austria with four of the team having past experience of medalling at Continental Open level.

Nairne is one of three GB fighters at -57kg with Josie Steele and Malin Wilson joining her in Oberwart.

Steele famously won gold in at the Glasgow European Open last year while Wilson has shown her ability to medal at European Cup level in recent years.

Kelly Staddon (-48kg) made her Grand Slam debut in Paris last weekend and she will be hoping to use that experience to her benefit this weekend.

All contests take place on Saturday with a start of 0900 UK time. There will be a live stream via eju.net and the full draw will be on ippon.org

The trio will be hoping to add to their tallies this weekend. Short and Thompson medalled at the 2018 Glasgow European Open while Lovell-Hewitt won silver earlier this month in Coimbra.

David Ferguson (-60kg) and Gregg Varey (-66kg) both have experience of medal at Continental Opens. Varey won the most recent of his three medals with bronze at the Dakar African Open last November.

Competition will start at 0900 UK time on each day. There will be a live stream via eju.net and the full draw will be on ippon.org

Amy Platten (-48kg) is the sole GB fighter at this weekend’s Junior European Cup in Russia.

The Redbridge judoka won bronze at the Kaunas Junior European Cup last year and she will want to add to that tally at one of the toughest Junior events of the year.

There will be live updates via eju.net and the draw will be on ippon.org. Follow @BritishJudo on Twitter for end of day GB Judo medal updates.

The Danish event is always a good chance for British fighters to test themselves against international opposition.

Over thirty GB judoka will be stepping on the mat in the Senior, Junior and Cadet competitions.

Competition starts at 0900 UK time. There will be live updates via eju.net and the draw will be on ippon.org. Follow @BritishJudo on Twitter for end of day GB Judo medal updates.

“Shaping the Future” Coaching Conference Returns for 2019! Scroll to top
Select the fields to be shown. Others will be hidden. Drag and drop to rearrange the order.
Click outside to hide the compare bar
Compare