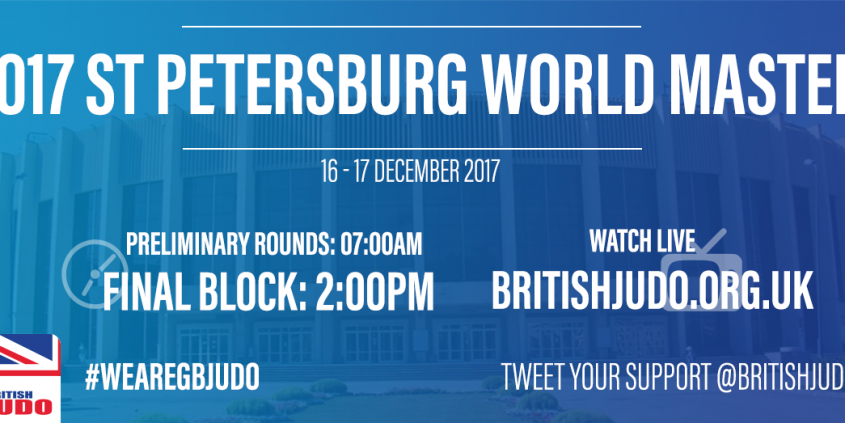 A seven-strong GB Judo team will be fighting this weekend at the 2017 World Masters in St Petersburg, Russia from Saturday 16 to Sunday 17 December.

The World Masters is the final event of the year with judoka invited to the event based on their world ranking. Amy Livesey (-63kg) was initially invited and selected however she has had to withdraw due to illness.

To date only Natalie Powell (-78kg) and Euan Burton (-81kg) have won World Masters medals with Powell’s silver in Rabat 2015 the best finish by a GB judoka.

World bronze medallist Nekoda Smythe-Davis will be looking to finish the year on a high in a world-class field at -57kg. All bar one member of the WRL Top 10 is entered including World gold medallist Sumiya Dorjsuren (MGL) and Tokyo Grand Slam champion Tsukasa Yoshida (JPN).

The Ealing judoka had an injury hit start to 2017 but has returned well with silver at the Zagreb Grand Prix and bronze at the Abu Dhabi Grand Slam to add to her World medal.

-63kg duo Lucy Renshall and Alice Schlesinger have both enjoyed impressive 2017s in one of GB’s strongest weight categories. St Helens judoka Renshall finished fifth at the Paris Grand Slam and Dusseldorf Grand Prix at the start of the year before picking up an elbow injury.

On her return from injury Renshall has medalled in her last three competitions with silver at the Abu Dhabi Grand Slam and bronze medals at the Zagreb Grand Prix and Belgrade European Open.

Schlesinger retained her Baku Grand Slam title before winning bronze at the European Championships in Warsaw. Last month she just missed out on adding another Grand Prix gold to her name as she won silver at The Hague.

World No.2 Natalie Powell (-78kg) goes into the World Masters as the highest-ranked GB judoka. The Welsh judoka lost her spot at the top of the world rankings to Guusje Steenhuis (NED) after the Tokyo Grand Slam.

However, she knows that if she brings the form that saw her win bronze at the World Championships and gold at the Abu Dhabi Grand Slam she will be in a good position to reclaim top spot.

At -70kg Sally Conway will be looking to add a first World Masters medal to her collection. The Rio 2016 bronze medallist produced some outstanding judo at the World Championships and the Tokyo Grand Slam without making it into the medal contests. A good day in St Petersburg should see her challenging for silverware.

Gemma Howell has shown in her first year at -70kg that she can hold her own against the best with bronze medals at the Antalya and Cancun Grand Prix. The Wolverhampton has given a number of the best judoka in her weight tough fights and she will be hoping to bring that determination to the mat in Russia.

Sarah Adlington (+78kg) has enjoyed her best run of results on the IJF World Tour for a number of years with bronze medals at the Cancun, Tashkent and The Hague Grand Prix.

The Edinburgh judoka will be up against the likes of World bronze medallist Minjeong Kim (KOR) and double Olympic medallist Idalys Ortiz (CUB) in a strong +78kg entry.

Competition starts at 0700 UK Time on both days with live coverage via britishjudo.org.uk and @BritishJudo on Twitter. 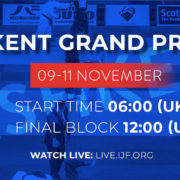 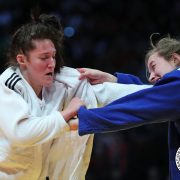 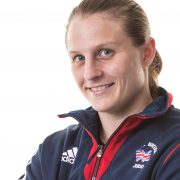 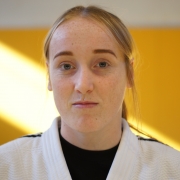 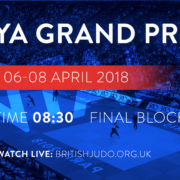 Election Results for Non-Executive Directors Announced!
Scroll to top
Select the fields to be shown. Others will be hidden. Drag and drop to rearrange the order.
Compare
Wishlist 0
Open wishlist page Continue shopping
We use cookies to ensure that we give you the best experience on our website. By continuing to use our website, you agree to the use of cookies.OKRead our Privacy Policy