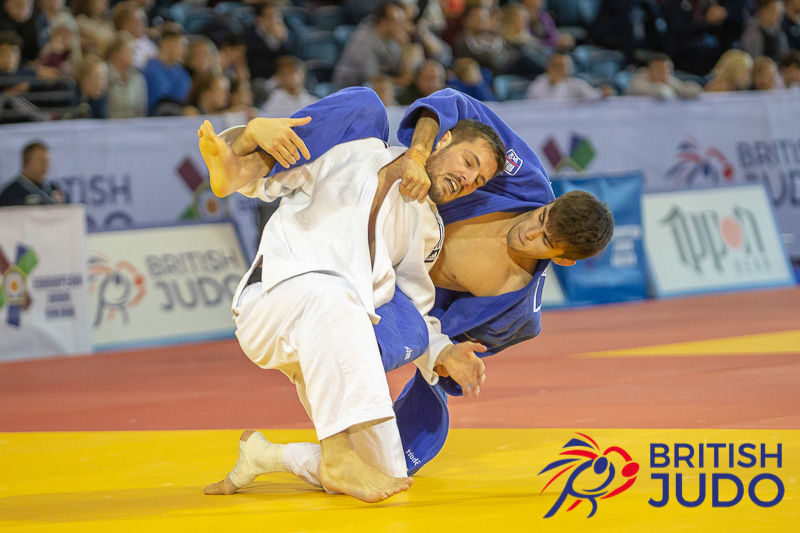 The Malaga Senior European Cup is the latest destination for GB Judo in 2018 with 16 British judoka fighting this weekend on Saturday 20 and Sunday 21 October.

A number of the team are going in off the back of strong performances at the Glasgow European Open earlier this month.

Alex Short (-66kg) won gold in front of a home crowd, his first senior international medal, and the Edinburgh judoka will also be fighting at the U23 European Championships in Gyor, Hungary next month.

Jamal Petgrave won his first European Open medal, taking home bronze in Glasgow. The -90kg judoka will also be fighting in Hungary and will have a chance to add an U23 medal to his Junior European bronze from 2017.

Malin Wilson (-57kg) and Henry Wakes (-60kg) missed out on medals in Glasgow, finishing fifth and seventh respectively, but both picked up some big wins on the day.

At -78kg, Emma Reid will be looking to win her first Senior European Cup medal since 2015. Reid has placed at multiple European Opens and European Cups since and will want to end the wait for a medal.

You can find the full GB Judo line-up here: https://judobase.ijf.org/#/competition/profile/1637/countries/0

Competition starts at 0900 UK time on both days with the full draw on ippon.org. Any live streams will be found on eju.net. Follow @BritishJudo on Twitter for end of day medal updates

Venues Plan for 2022 Commonwealth Games Confirms Sporting Showcase for Birmingham... Scroll to top
Select the fields to be shown. Others will be hidden. Drag and drop to rearrange the order.
Click outside to hide the compare bar
Compare