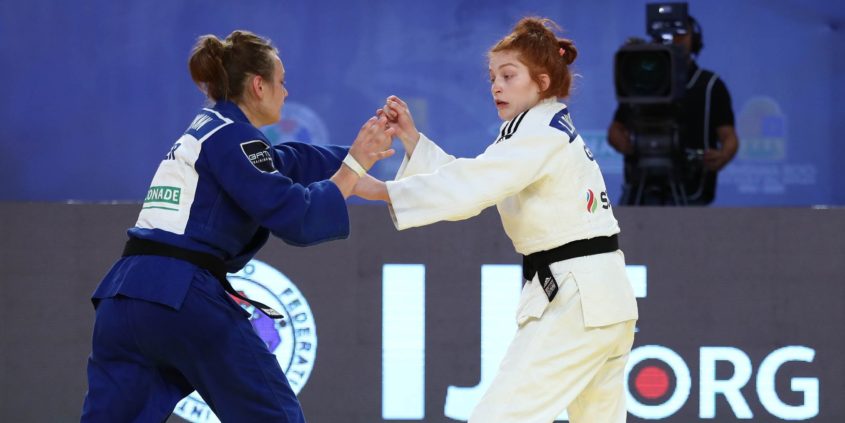 It is a busy weekend of action across the European circuit as a total of 29 British athletes take to the mat in Junior and Senior level competition, looking to keep up the momentum following GB Judo’s recent success at the European Championships.

A youthful senior squad of five athletes consisting of Grand Prix and Junior European Championships medallists will compete in the first European Cup to take place in Orenburg, Russia.

A number of athletes will be looking for a positive result over the weekend including the likes of Dan Powell (-73kg), Lele Nairne (-57kg) and Lubjana Piovesana (-63kg), all of whom will be making their first competitive appearances back on the mat in over a month.

Stuart McWatt (-81kg) and Jamal Petgrave (-90kg) will be hoping their experiences at the recent European Championships will help them in their hunt for their first senior medals of the year. Petgrave has shown form over the previous weeks with a 7th place finish at the Tbilisi Grand Prix whilst McWatt’s previous best finish of the year was also 7th place at the Dusseldorf Grand Slam.

Action will begin at 6:00am UK time on both competition days. Stay tuned to the British Judo social media channels for end of day medal updates.

A bumper junior squad of 24 athletes packed full of potential and exciting young talent make the trip to Lithuania, which will provide a tough test of their credentials and development.

Javadian has been the model of consistency since 2016, placing in 9 of the 10 events that she has entered, picking up five medals in the process.

Action will begin at 8:00am UK time on both competition days. Stay tuned to the British Judo social media channels for end of day medal updates.

Tickets Now On Sale for 2018 Veteran European Championships Scroll to top
Select the fields to be shown. Others will be hidden. Drag and drop to rearrange the order.
Click outside to hide the compare bar
Compare