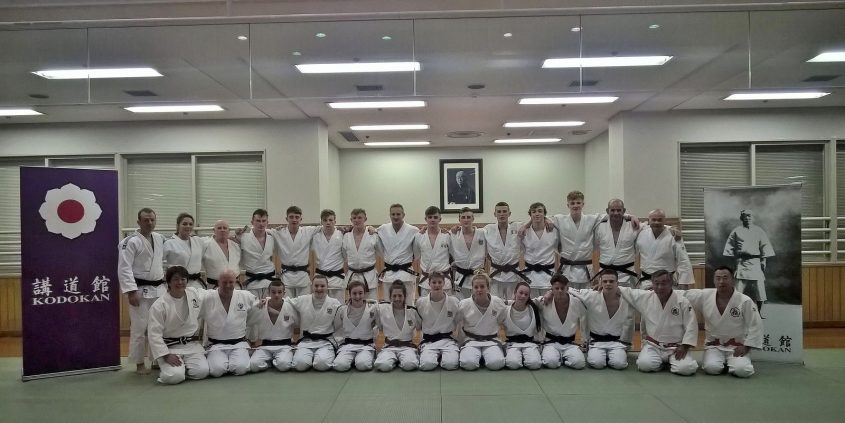 Following the success of the inaugural GB Futures Camp in 2016, a group of GB athletes and coaches will return to Tokyo, Japan from 19 – 28 October.

11 GB Cadet and Junior judoka have been identified to attend the camp which will see them train at a number of different locations across Tokyo. The training group will take part in technical sessions at both the Kodokan and Tokai University and will be put through their paces in daily randori sessions at Shu Toku Junior High, Tokai High and Shukutoku University.

Both Platten and Steele medalled at the 2017 European Youth Olympic Festival with gold and bronze respectively with Rabbitt just missing out on bronze to finish fifth.

As with last year’s GB Futures Camp, coaches have also been identified for the trip through the home nation pathways, with the aim of developing the next generation of coaches. Hibari-Kan Judo Club’s Andrew Malone and Metro Judo Club’s Darren Hawney will join Chloe Cowen Vickers (Northern Ireland Judo Federation) and Sandra Klinger (England Judo) as part of the coaching group in Japan.

Annual General Meeting Announced GB Judo Preview: 2017 Junior World Championships Scroll to top
Select the fields to be shown. Others will be hidden. Drag and drop to rearrange the order.
Click outside to hide the compare bar
Compare