It was a breathtaking weekend in Sheffield once again at the 2018 Senior British Championships with a host of new champions crowned.

Amy Livesey lived up to her number one ranking in the -63kg competition as she blew the opposition away with a breathless display of judo to add another British title to her collection. She was followed on to the podium by Annie Boby (Silver), Verity Stephens and Mollie Game (Bronze).

Kimberley Renicks was pushed all the way in the -48kg by a fast improving junior section (all medallists in yesterdays competition) as she retained her title. She was pushed all of the way by Sian Bobrowska (Silver), Jaime-Leigh Whitaker and Amy Platten (Redbridge).

Junior -70kg champion Kelly Petersen-Pollard made the step up to senior level and claimed Gold as she pushed Holly Jones into Silver position.

Jemima Yeats-Brown was in imperious form as she swept aside all competition in the -78kg competition to add a first British title at this weight category. Reigning champion Shelley Ludford unfortunately had to pull out of the competition due to injury following her second contest of the day. Emma Reid claimed a deserved silver medal, losing only to Yeats-Brown on the day. Rachel Tytler and Imogen Ranner completed the podium lineup.

The -73kg competition came down to an epic dual between Eric Ham and Danny Williams. It was a tight contest throughout with a single waza-ari between the two judoka once the clock expired. Ham seized his opportunity with 30 seconds remaining to force Williams to mat and drive with his legs to find the rotation, and with it, the Gold medal! Aiden Moffat and Daniel Pacitti finished in the bronze medal positions.

Frazer Chamberlain once again took home the -90kg title with James Reid finishing as the runner up. Chamberlain was rarely threatened during the day and deservedly took home the top honour. Tomas Luckus and Connor Murphy had to settle for bronze in a competitive competition.

Number No.1 Gregg Varey completed his collection of medals at the British Championships with a first Senior title. Varey had previously won titles at all previous age groups and despite fighting with a thumb injury, topped the podium. A couple of tight contests in the second round saw him win via waza-ari and that was enough to get him over the line. Isaac Gagin (Silver), Henry Wakes and Michael Fryer (Bronze) completed the medal line up.

Click here for the full results from the day

Click here for a full photo gallery from the event 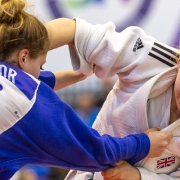 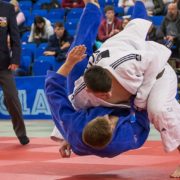 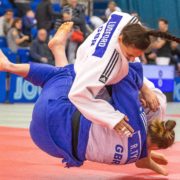 Junior and Senior national titles to be decided in Sheffield 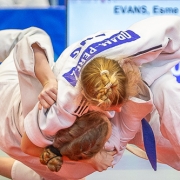 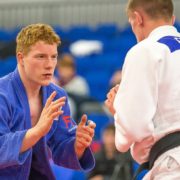 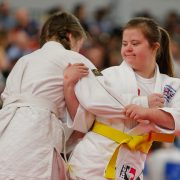 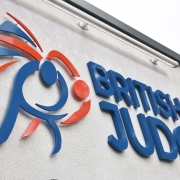 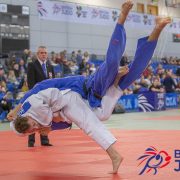 “Train for Jamie” Event Returns in January 2019 Scroll to top
Select the fields to be shown. Others will be hidden. Drag and drop to rearrange the order.
Click outside to hide the compare bar
Compare