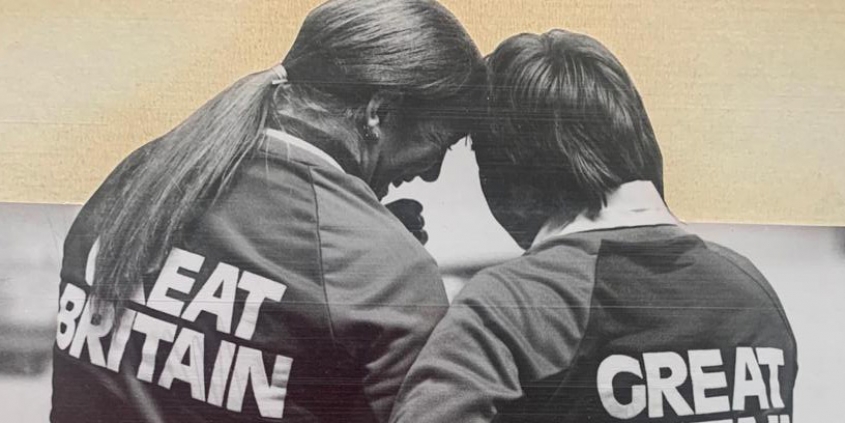 After Dawn Netherwood, the next weight category to compete was -61kg with Ann Hughes for Great Britain kicking off her Women’s World Championship on Mat 1.

At 20 years old, Ann was one of the youngest members in the GB Team.  She secured her place based on her superb junior judo career, combined with Gold, Silver and Bronze in British Senior Championships. She had recently medalled internationally at senior level getting Bronze some two months earlier at the Dutch Open, which added to her other bronze at the same competition three years earlier when 17 years old, competing at –52kg. Ann was a consistent competitor in senior competitions and her technical ability had improved with experience.  She had grown stronger and become a formidable opponent in heavier categories than her initial international successes.  At this first women’s World Championships, Roy Inman’s decision to mix up the weight categories in the team saw Ann in the unfamiliar weight of -61kg.

With relatively light international experience, a kind draw was hoped for, but unfortunately was not to be.  Whilst Ann had drawn Maria Rivera of Puerto Rico in her first fight, a relatively unknown, this was to be followed by twice European Champion Inga Berg of West Germany, who was the only girl to beat Ann in the British Open. She had seven golds and two Silvers in major international competitions over the previous five years making her a favourite to progress to the finals.

It started off well for Ann: she took Rivera apart in just 41 seconds with a wazari, having transitioned skilfully from Seoi-toshi into Kazure-kami-shiho-gatame for Ippon.

Moving on to the bout with Inge Berg, Ann performed magnificently well.  Inge Berg seemed to recognise that she was up against a formidable opponent and used her experience to frustrate Ann’s attacking style. Inga was consciously evasive and defensive.  Although she put in a number of attacks on Ann, when they failed, she inevitably fell to her knees and denied Ann the ability to convert the failure into a counter attack.  Nevertheless, with the GB girls screaming support from mat side, at one point the GB supporters were convinced that Ann has scored a Koka from Seoi but it was not awarded.  The match ran its full course, Inge scraped a split decision on Hantei, and thus Ann lost out on moving forward into the finals. When analysing the fight afterwards with the rest of the GB Team, it could clearly be seen from the video that Ann had in fact scored clearly from her attack, but this had not been picked up by the match officials. 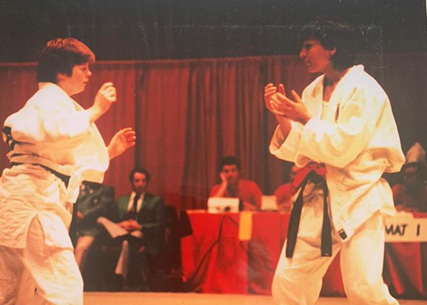 Ann was unquestionably unlucky.  Had her Koka attack been properly picked up, or indeed the split decision gone the other way, then she would have gone into repechage with De-Toma of Italy who Ann had beaten in the British Open.  De-Toma went on into the final and made Silver, losing to the eventual winner, Anita Stapps of the Netherlands.

This first Women’s World Championship proved to be character building for Ann.  She did not let the disappointment work against her natural positive attitude to life, and she went on to become one of GB Judo’s greatest international competitors and became the 1986 World Champion at -56kg. She won World Championship Silver in 1989 and Bronze in 1987 and collected two European Gold medals in 1981 and 1983 and claimed six medals in major international events. She took European Gold with the British team in 1988. Ann won the British Open three times and Commonwealth Games Bronze.

What does Ann remember about the first women’s World Championships and its impact on her life and women’s Judo?

During our chat, Ann recalled how different things were in those days in the world of judo and women’s judo particularly. Just to keep herself involved in the sport was a struggle both financially and mentally. Ann felt that modern day athletes almost certainly have similar battles, but the scale of support available to female athletes, the range of options, choices, and routes to go down were extremely limited in comparison with today.

Ann recalls that in 1980, she had no official funding whatsoever. She passionately wanted to further her judo sporting ambitions.  Her parents were not wealthy, and although they were generous in terms of giving her whatever parental support they could, at the age of 20, the expectation was that a woman should be making her own way in life.  Ann lived at home and had free board and lodgings. Her Dad, Tom Hughes, was judo coach to her and her brother at the Waterloo Judo Club in Liverpool. They were very much a Judo family. So, life could have remained cosy for Ann but she made her own mind up that she was going to “go for it”. 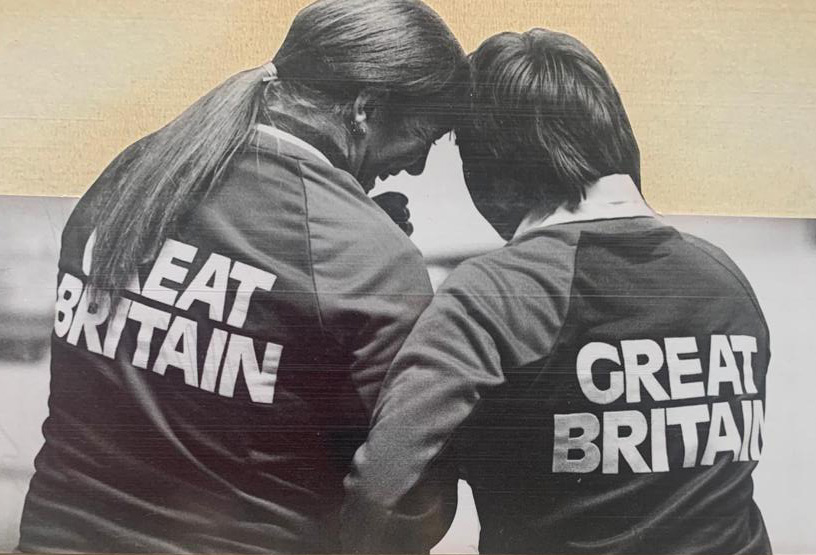 Photo: Ann Hughes and Heather Ford showing what team spirit was all about

Ann felt she had to be closer to the international judo action.  She applied for and was given a Clerical/Secretarial role at the British Judo Association Head Office in London. She moved down to live in London initially being put up in Marion Woodard’s spare bedroom along Dawn Netherwood until they could get their own place. Marion was part of Roy Inman’s coaching Team.

By being in London, Ann felt that she would be able to increase her training regime, improve her technique, be more available for training with the international squad and secure her place in the GB Team.  Most importantly of all, she had a hunger to start winning more medals and be truly competitive at an international level.

This was a brave move she discussed with her parents beforehand. Her Coach (and Dad) and saw the sense in what she was proposing, and supported her decision, but in his own mind he admitted to her years afterwards that he thought it was a daunting decision, and he gave it two weeks to 3 months before she would probably need to return home.  Ann admits she was massively homesick at times, but wanted to prove she could do it, both to her family, but mostly to herself.  She stayed the course and the rest is history as they say.

Ann felt that preparation for the first women’s World Championship paved the way for others.  All members of the team were pushing the establishment to loosen the purse strings and recognise women’s judo more.  Ann remembers that they all pushed the British Judo Association to endorse their applications to the newly formed Sports Aid Foundation for funding.  The BJA felt it was easier to get whatever scarce money was available by supporting male judoka applications because women’s judo was not even an Olympic event and the women’s World Championship was still a project in the making.

The Sports Aid Foundation was created by the Government applying a levy to the betting industry to create funds to allow the country’s top athletes to compete against usually better-resourced overseas rivals, particularly the USSR and China State funded regimes. Despite women’s judo not being an Olympic event and would not be so until 12 years later at the Barcelona Games in 1992, Ann and members of the Team were kicked off by being partially funded: the sum of £1,200, which is equivalent in today’s terms to around £4,500. Not enough to live on, so Ann continued to work at the BJA offices and classified herself as a “part-time” athlete.  However, Ann was as “full-time” as she could possibly be: every evening and weekend was spent in training. She believed she put in as many hours as her male colleagues who were designated “full-time” status receiving much higher levels of funding. But her smaller funding level broke new ground, set a new precedent for women in the sport.

It was typical of Ann when asked to recall her most memorable moment of the Championships – she said it was Jane Bridge winning the Gold medal.  An article on Jane is to follow, but Ann’s joy at Jane’s success is an indicator of the attitude that prevailed at that time that women’s judo was a team sport.  They all went to competitions together as a team. They were proud to wear and be seen in the team uniform when they all gathered to check-in together as a team as Heathrow. Their ambitions were team ambitions, to win more medals than other competing nations. Although Ann did not medal at this competition, she felt part of the team and shared the team success. Ann is still an avid follower of judo, and expressed the view that this team spirit is not as obvious to her in the modern environment.  She suggests that athletes mental preparation is enhanced within a compassionate team environment and thought that perhaps modern day athletes, when they have a non-medal or unsuccessful day, do not have that support mechanism and environment that was the norm 40 years ago at the Championships.

To quote Ann directly, “… We had a happy team.  We had fun together.  We partied together.  We shared accommodation on trips: sometimes there were 14 of us in dormitories, rather than us each having our own hotel room.  We trained together, but we also made decisions as a group and it wasn’t unusual for one of to be selected to go to Roy Inman and tell him our team view on anything we did or did-not like….”  Ann fondly recalled the story of when they were in Switzerland their hosts laid on a fancy dress party, and whereas other nationalities with their varied individual fancy dress outfits, the girls from GB all went as Romans in togas made from the white bed linen in the dormitory.

Ann Hughes – where is she now?

Ann retired from competitive judo shortly after winning Bronze at the Auckland Commonwealth Games in New Zealand in 1990. For a short period after, she was employed as an “Assistant Coach” with Roy Inman as part of the evolving GB Women’s team she had just left, but that did not last too long and she laughingly recalls “resigning on a matter of principle” – the details of which she honestly now can’t remember.  She suddenly found herself unemployed and not a clue as to how she might make her way in the world. Again, different from today where athletes now have access to career counselling, which Ann believes is a superb initiative but unheard of in her day. 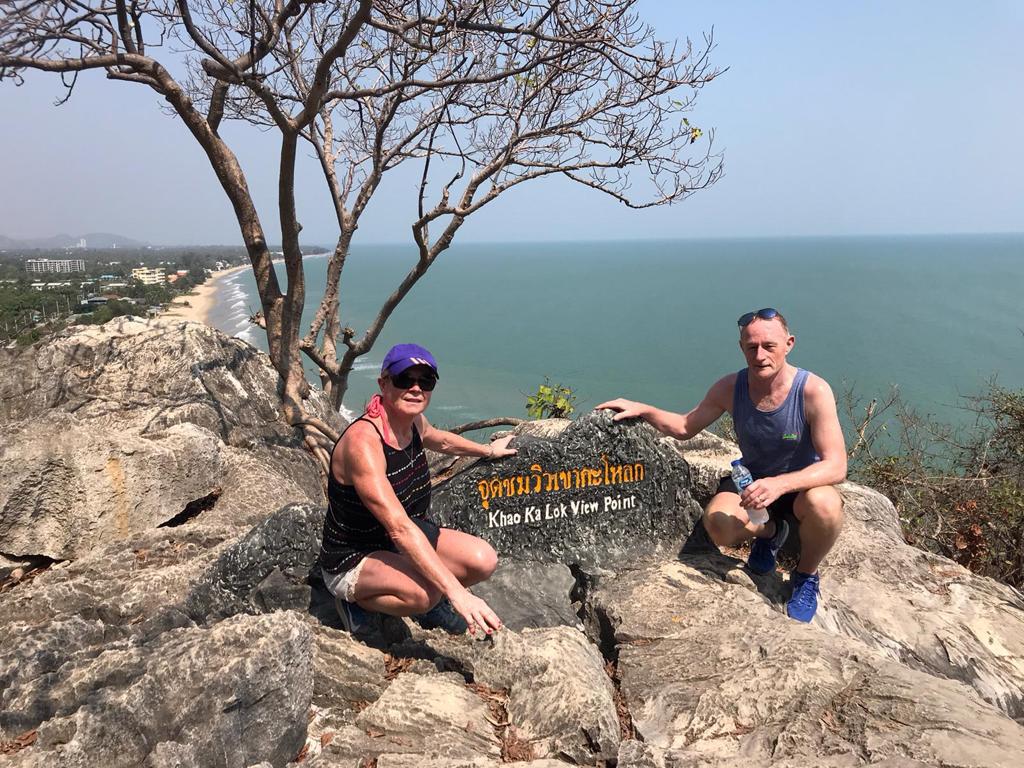 Photo: Ann and Pete keeping fit on a mountain trek on holiday in Thailand

After a short period of reflection Ann realised that she had spent so much of her life in a gym, training and focussing on life’s challenges that she would be able to share that expertise with the then emerging market for Personal Trainers, which is what she is still doing to this very day, and very successfully. Initially Ann rented space to host her training classes but now has her own gym studio in Beaconsfield, Buckinghamshire.

Ann met the love of her life, Pete, in a pub when out with the judo girls socialising.  She married in 2001 and became Mrs Ann Hughes-Fry. Ann classes herself as a “late bloomer” because she looks and feels as fit now as she did when at the height of the “brutal training regime” she endured in judo at the time of the first Worlds. Ann expressed her belief that the ethics and moral compass gained from judo in those early days have been the foundation upon which he has built her life and business. 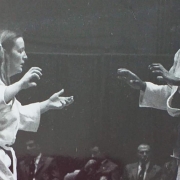 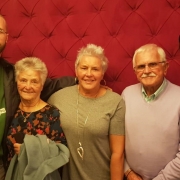 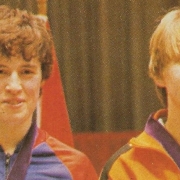 British Blind Sport to recruit Stakeholder Board members for IBSA World Games... Scroll to top
Select the fields to be shown. Others will be hidden. Drag and drop to rearrange the order.
Click outside to hide the compare bar
Compare