You are here: Home / Events / First round exit for Greenidge at Junior Worlds 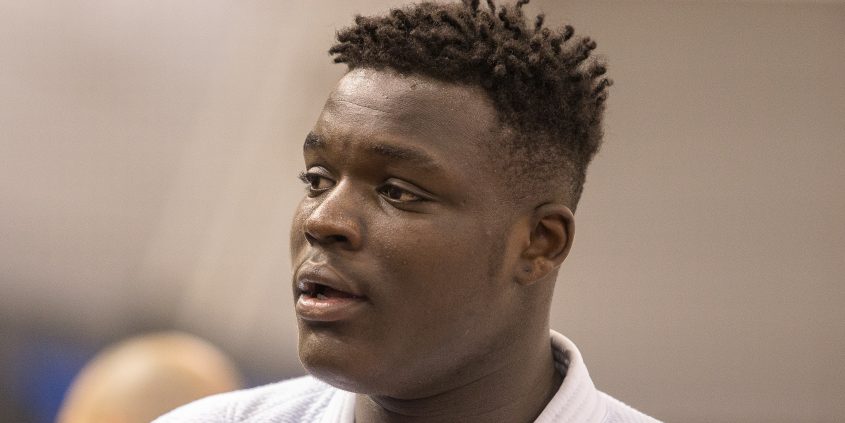 Wesley Greenidge went out in the first round at the 2017 Junior World Championships in Zagreb on Saturday 21 October.

The +100kg judoka was making his Junior Worlds debut and was taking on Mongolia’s Lkhagvadorj Batjargal in the first round.

The British judoka had the height advantage but Batjargal showed good movement to force an early shido on Greenidge for stepping out.

After a cagey start the referee then awarded a shido to both judoka for passivity which meant that Greenidge had to go on the attack. He was able to force a second shido against the Mongolian for stepping out.

Batjargal responded well though and went in for the clinch which forced Greenidge into an awkward position. The Mongolian threw Greenidge for waza-ari before finishing on the ground in osaekomi.

Western Area Judo Association Dutch Judo Tour Weekend Scroll to top
Select the fields to be shown. Others will be hidden. Drag and drop to rearrange the order.
Click outside to hide the compare bar
Compare