You are here: Home / Events / Fifth at the Tunis Grand Prix for Frazer Chamberlain 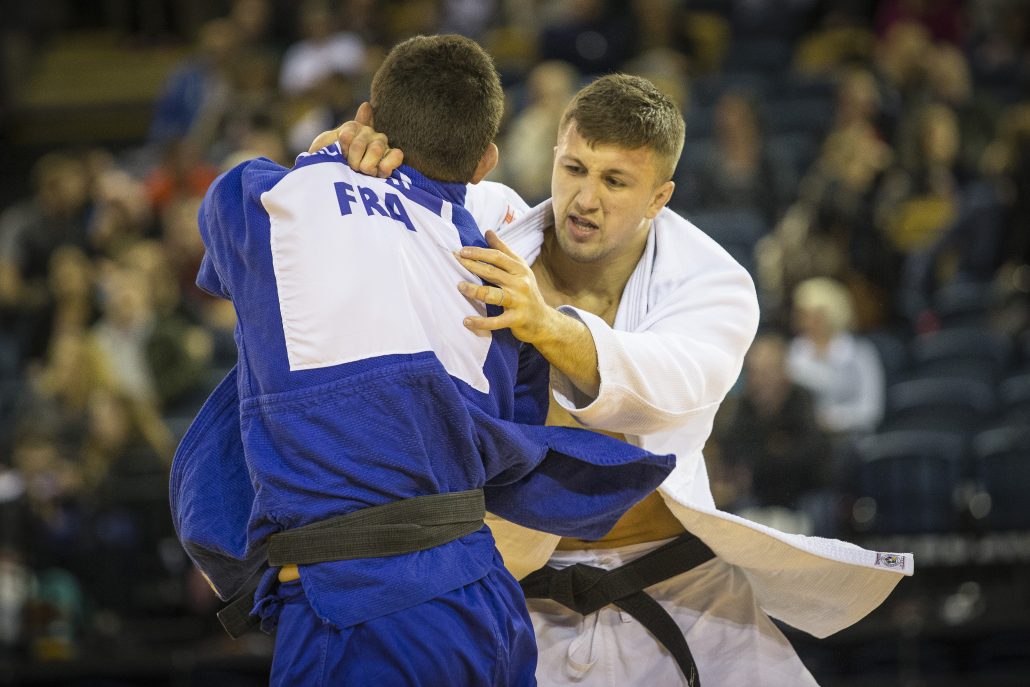 Frazer Chamberlain just missed out on a maiden Grand Prix medal as he finished fifth at the 2018 Tunis Grand Prix on Sunday 21 January.

The -90kg judoka had never placed at a Grand Prix before but produced some impressive judo during the day.

Shermukhammad Jandreev (UZB) struggled with the British judoka’s physicality in the first round. The Uzbek judoka eventually picked up three shidos as Chamberlain controlled proceedings throughout.

In the second round Chamberlain found himself behind early on to home judoka Oussama Mahmoud Snoussi (TUN). However, the British judoka continued to press and eventually the pressure told as he threw Snoussi for ippon in the final minute.

The quarter-final against Algeria’s WRL 26 Abderrahmane Benamadi was another contest that came down to shidos. Neither judoka was able to really get into much of a flow with the contest going into golden score with a shido given to each fighter.

Chamberlain forced Benamadi on the defensive and the Algerian judoka eventually picked up two more shidos to secure the British fighter’s place in the semi-finals.

There he faced Hungary’s Krisztian Toth and the former World silver medallist was in good form. As the contest went on Toth increased his attacking rate as he forced Chamberlain to pick up two shidos for passivity as the fight went into golden score.

Toth continued to go on the attack and eventually Chamberlain was given a third and final shido for passivity. This dropped the British fighter into the bronze medal match where he took on Noel Van T End (NED).

Chamberlain made a strong start as he forced Van T End on the back foot resulting in a shido against the Dutch judoka.

However, Van T End started to control the gripping exchanges and forced Chamberlain to pick up two shidos in quick time. The Dutch fighter then took the lead with a big waza-ari score, which was initially given as ippon.

Chamberlain went hunting for a score of his own but in attempting to apply juji-gatame he was turned over by Van T End and held in osaekomi.

Czech judoka David Klammert was next up in the second round and Petgrave came close to scoring on a couple of occasions as he forced his opponent to pick up a shido for passivity.

Eventually though Klammert was able to force Petgrave into an awkward position and he took advantage to through him for ippon.

NRC Referee Selection at Events Scroll to top
Select the fields to be shown. Others will be hidden. Drag and drop to rearrange the order.
Click outside to hide the compare bar
Compare