You are here: Home / Events / EYOF Gold for Amy Platten 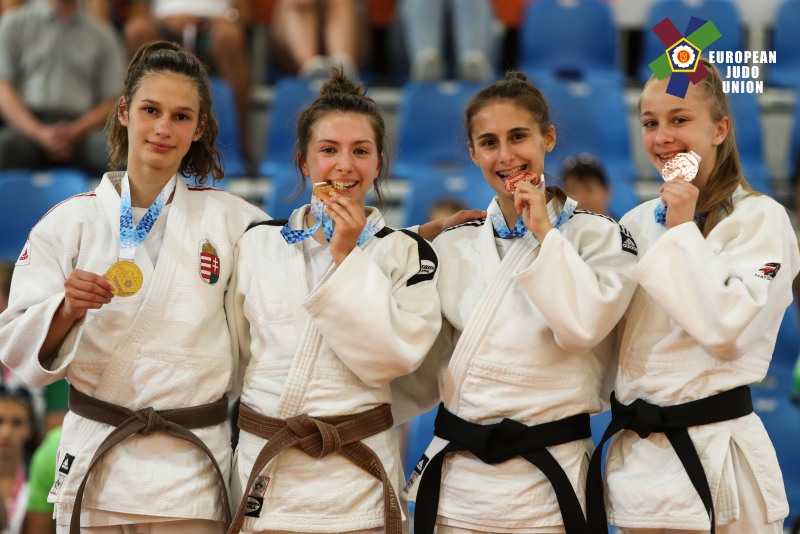 The Redbridge Judo Club judoka had missed out on a medal at the European Cadet Championships last month and was clearly determined to secure a podium finish. Platten made a strong start defeating Laila Goebel of Germany by ippon, having taken the lead by waza-ari.

The British judoka then came through a tough semi-final against Israel’s Tamar Malca. Platten forced her opponent to pick up two shidos with plenty of time left in the contest to force a third. However Malca came storming back and scored three waza-ari on the bounce and put Platten on the back foot.

The British judoka continued to pressurise her opponent though and with thirty seconds left she forced Malca into a poor attack. A third shido was awarded against Malca and secured Platten’s place in the final.

Platten was up against home judoka Timea Kardos in the final and despite a vocal home support, the GB judoka looked the stronger fighter throughout. Despite Kardos’s best efforts she conceded a shido and the contest went into golden score. 34 seconds into golden score Platten threw in a lovely uchi-mata to throw Kardos for ippon to the delight of her GB teammates. 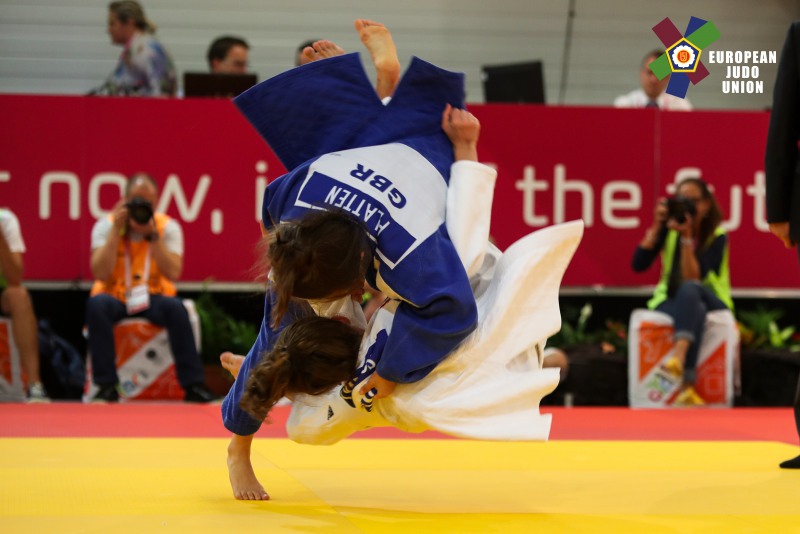 Charlie Young (Ryecroft Judo Club) and Daniel Rabbitt (Dragons Judo Academy) just missed out on the medal rostrum as both impressed to finish fifth at -50kg and -55kg respectively.

Young lost a close opening contest to Turkey’s Ejder Tokay by waza-ari but had a chance to go for bronze through the repechage. There he put in two strong performances against Hubert Pieczynski (POL) and Vinko Prevolsek (SLO). Young’s repechage final contest with Prevolsek went into golden score and the British fighter showed great stamina and contest management to counter the Slovenian’s attack for the decisive waza-ari score.

The bronze medal match did not go his way however. Belarus’s Uladzislau Dzvonik went ahead by waza-ari early on before putting a strong drop attack on the British judoka. However in trying to get out of the throw Young was deemed to have committed a head dive and was given hansoku-make.

Welsh judoka Dan Rabbitt’s trademark uchi-mata was on display throughout the first day of competition. Dutch judoka Emiel Jaring had no answer to Rabbitt’s tachiwaza in the first round. Russia’s Arman Gambarian was too strong in the quarter-finals, winning by two waza-ari, which dropped Rabbitt into the repechage.

Radek Rypar (CZE) was dispatched inside the opening 30 seconds before Stas Kokotovic (SLO) found himself the latest judoka on the end of a Rabbitt uchi-mata as the British judoka won their repechage final.

Ukraine’s Oleh Veredyba was in fine form though as he took control early on as he went ahead by waza-ari. He followed that up with strong newaza to hold Rabbitt down for the full 20 seconds.

Competition starts at 1000 Local time (0900 UK time) with live coverage via EJU.net and gyor2017.hu and the full draw on ippon.org. Follow @BritishJudo for competition updates throughout the day.

University judoka going for European glory in Coimbra Scroll to top
Select the fields to be shown. Others will be hidden. Drag and drop to rearrange the order.
Click outside to hide the compare bar
Compare