You are here: Home / Events / Exciting entry for 2019 Scottish Open 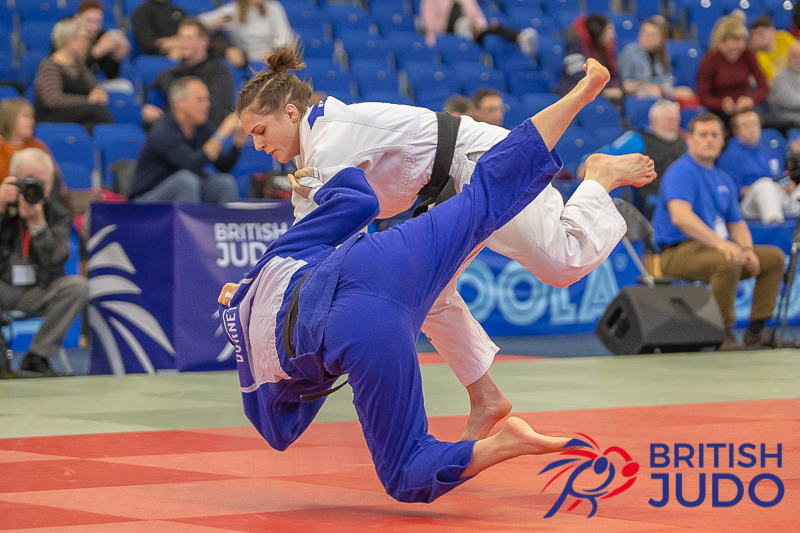 The Emirates Arena in Glasgow will play host to the 2019 Scottish Open on Saturday 19 January.

The last time the Emirates Arena hosted judo was at the 2018 Glasgow European Open, and a number of GB medallists from that event will be stepping on the mat this weekend.

Josie Steele (-57kg) and Alex Short (-66kg) will be hoping to make a golden return to Glasgow, after their heroics at the European Open last October.

Stuart Mcwatt (-81kg) won silver at the European Open and the Garioch judoka will be using this event to prepare for a busy 2019.

This weekend’s event will also see many of the recently crowned 2018 British champions in action.

All but one of the -66kg medallists from the Junior and Senior British Championships is fighting in Glasgow.

Junior British champion Michael Fryer hoping to add the Scottish Open title to his collection though he will be up against a strong field including Henry Wakes, Isaac Gagin and Short.

Caitlin Barber impressed on her way to Junior British -48kg gold in Sheffield last year. The Gateshead fighter will be up against another strong entry in Glasgow.

At -73kg, Eric Ham won Senior British gold for the first time in 2018. The Glossop judoka fights at the Tel Aviv Grand Prix next week and will want to get a few wins under his belt ahead of the trip to Israel.

Coaches
Only coaches who have pre-registered for a coaching pass will be permitted to go mat side. Please collect your pass from the JudoScotland desk on arrival.

Spectator
Spectator tickets can be purchased at the Emirates Arena. Tickets are £5, with under 16s going free.

Official Merchandise
Limited edition JudoScotland tartan merchandise will be available to purchase from the JudoScotland desk, this includes lambs wool scarves and ties.

Nage No Kata Success at Littleport Judo Club Scroll to top
Select the fields to be shown. Others will be hidden. Drag and drop to rearrange the order.
Click outside to hide the compare bar
Compare