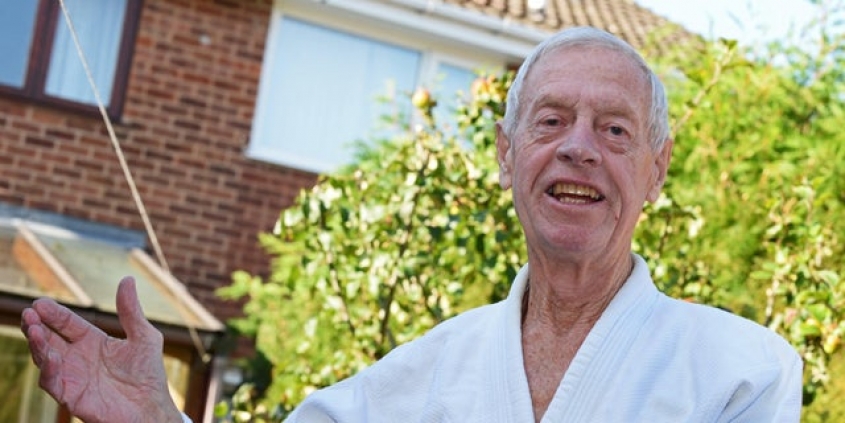 Eric Bilby from Hillsborough Judo Club has been presented with the Honorary Life Membership of the British Judo Association at the grand age of 81.

He was awarded this through his commitment to the sport over a period of 50 years. 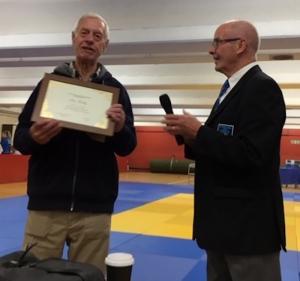 The award was presented by his long standing Judo friend and IJF referee Alan Medley (pictured above).

Eric was asked to attend the Hillsborough Judo Club Red and Yellow belts tournament on 12th October 2019 to present an award unknown to him that it was actually himself who was to receive an award.

The event was published in the local newspaper where a full page article was written about the award and Eric’s Judo journey over the past 50 years.

I am sure all associated with British Judo would like to wish Eric all the best and congratulate him on receiving such an award. 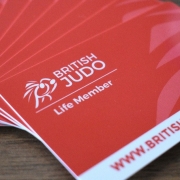 In Need of a new Lifetime Membership Card? 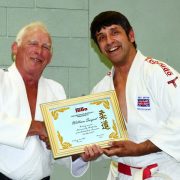 British Judo Annual General Meeting – Saturday 2nd November Scroll to top
Select the fields to be shown. Others will be hidden. Drag and drop to rearrange the order.
Click outside to hide the compare bar
Compare