You are here: Home / Events / Early exits for GB Judo at Junior Worlds 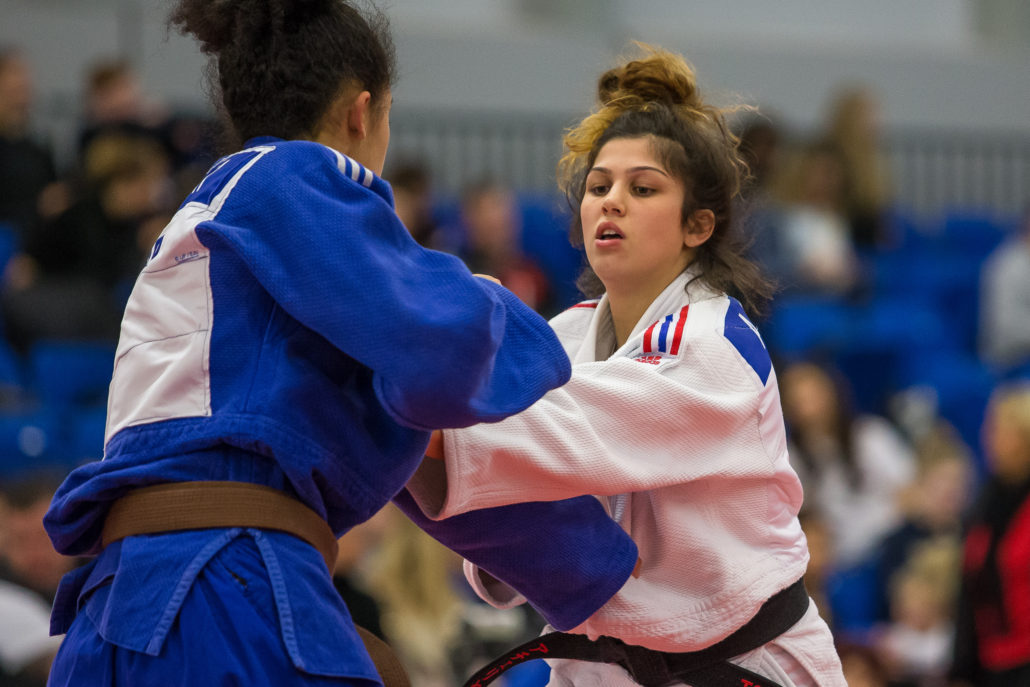 Yasmin Javadian and Josie Steele were making their Junior Worlds debut while Acelya Toprak was making her second appearance at this level of competition.

Steele was going in off the back of an impressive gold at the Glasgow European Open earlier this month. The Highland Budokan judoka made a good start in the first round at -57kg as she saw off Iva Oberan (CRO).

Steele took an early lead as she threw the Croatian from newaza before finishing the contest with less than 90 seconds to go with a second waza-ari score.

In the second round she was up against No.1 seed Ghofran Khelifi (TUN). The Tunisian judoka is a former Senior African champion and is currently ranked WRL 36 at Senior level.

Steele however dominated the vast majority of the contest and forced an early passivity shido.

The Tunisian though bided her time and threw Steele for waza-ari and despite the British judoka’s best efforts she wasn’t able to get a score back.

Toprak lost a close first round -57kg contest to Jana Ziegler (GER). The British judoka was forced to fight hard on the grip as Ziegler put in a smart tactical performance.

Toprak went behind by waza-ari with just over a minute and a half left on the clock. The Metro judoka came back hard but the German fighter held off Toprak’s late burst of attacks.

Javadian (-52kg) was going into the Junior Worlds having just missed out on a Junior Europeans medal in Sofia last month.

The Coventry judoka has impressed in her first year at Junior level but she didn’t get a chance to show what she can do in Nassau..

The British fighter was forced to tap by Aleksandra Kaleta (POL) as the Polish judoka applied the juji following an attack by Javadian.

Watch all of the action via live.ijf.org or the British Judo website. Find the full draw on ippon.org and follow @BritishJudo for live updates

Referees and Officials Applauded at European Open Scroll to top
Select the fields to be shown. Others will be hidden. Drag and drop to rearrange the order.
Click outside to hide the compare bar
Compare