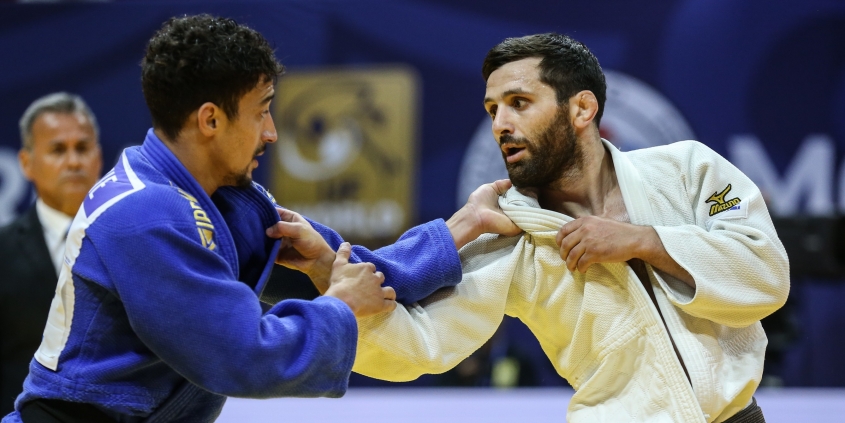 Ashley McKenzie was in action for British Judo on the opening day of the IJF World Championships in Budapest.

McKenzie defeated 3x African Championship bronze medallist Younes Saddiki (MAR) in the opening round. McKenzie recovered from being a score down early in the contest to win in Golden Score by a left ouchi gari.

McKenzie faced former Asian Junior Champion Kubanychbek Aibek-Uulu (KGZ) in the second round. McKenzie was the dominant fighter for the majority of the contest but was unfortunately awarded a 3rd penalty shido in Golden Score and was disqualified from the competition.

Tomorrow sees Chelsie Giles, who is seeded 3rd, compete. She will face Charne Griesel (RSA) in the second round after an opening round bye.

Jo Crowley and Vince Skillcorn shortlisted for UK Coaching Hero award Scroll to top
Select the fields to be shown. Others will be hidden. Drag and drop to rearrange the order.
Click outside to hide the compare bar
Compare