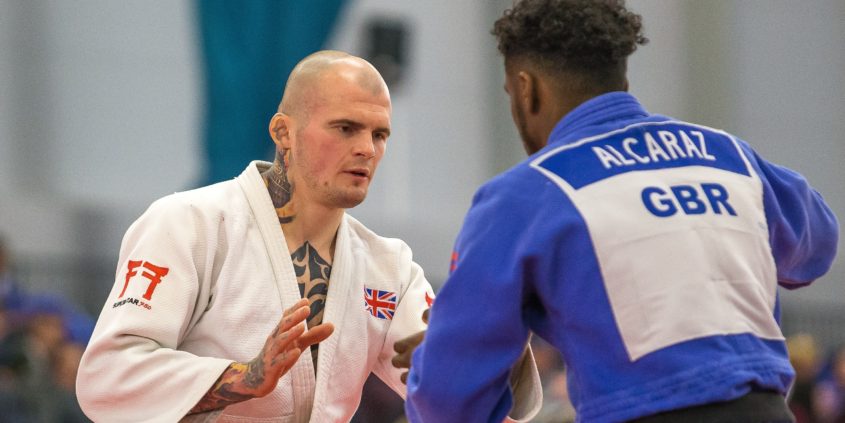 Danny Williams’ 7th placed finish was the pick of the GB athletes on the second day of the Agadir Grand Prix in Morocco.

Following on from yesterdays medal-less day, Williams enjoyed an impressive morning on the mat which saw he progress through the early rounds.

He came up against Ivory Coast’s Rudolphe Affro in 1st round of the -73kg category. It was an even contest throughout as Williams’ worked Affro around the mat with ease. Affro’s attacks came predominantly through counter attacks. Williams secured a waza-ari in the final minute of the contest and succeeded that with an ippon finish.

His next two contests, however, both went to Golden Score beginning with his 2nd round match against America’s Nicholas Delpopolo. In a contest that lacked a spark from the off, and it progressed throughout to Golden Score. The contest took a lot from the athletes and the American could not muster an attack 90 seconds into Golden Score under relentless pressure from Williams, and in turn, picked up a third shido.

Another two minutes of Golden Score beckoned for Williams in the Quarter Final as Morocco’s Ahmed El Meziati stood in his way. The home favourite kept him under pressure for the majority of the contest, with Williams’ big moment coming at the end of regulation as he desperately tried to secure arm lock on the Moroccan which came to no avail. Williams was eventually handed a third shido for lack of attacking intent to drop him into the Repechage.

He came up against Germany’s Anthony Zingg in the Repechage but the previous two contests had taken their toll on Williams as he was thrown for ippon to finish in 7th place for the day.

Adam Hoshal and Owen Livesey both lost in the opening contests of the -81kg category. Hoshal was yet to medal in international competition and he failed to trouble the podium places today as he was defeated by Puerto Rico’s Adrian Gandia.  Livesey received a bye into the second round of the competition and came up against  Turkey’s Vedet Albayrak. Albayrak was happy to fight on the counter attack and his tactic worked as he reversed an attempted Livesey throw to force Livesey onto his shoulders to record the ippon.

Sunday 11 March will see Frazer Chamberlain as the sole British judoka on the mat in as he looks for a medal in the -90kg category.

Competition starts at 1030 UK time with live coverage via live.ijf.org and @BritishJudo on Twitter. 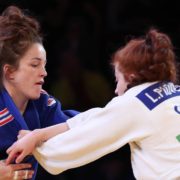 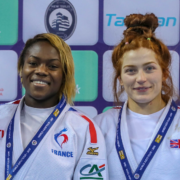 Frazer Chamberlain Places Seventh in Agadir Grand Prix Scroll to top
Select the fields to be shown. Others will be hidden. Drag and drop to rearrange the order.
Click outside to hide the compare bar
Compare
Wishlist 0
Open wishlist page Continue shopping