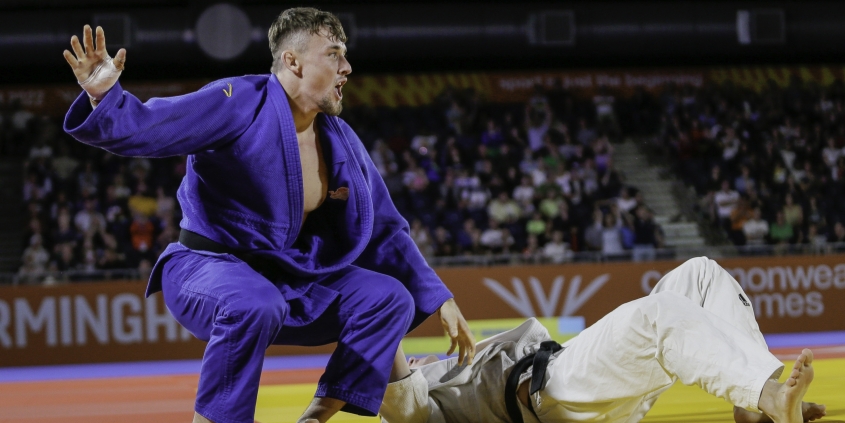 It was another fantastic day of judo at the Birmingham 2022 Commonwealth Games at the Coventry Arena with two gold medals, a silver and three bronze medals.

In the first contest of the men’s -73kg category, England Judo’s Dan Powell beat Andrew Munnings (BAH) with two waza-aris with sodi. Powell won his quarter-final contest against Narciso Matos (MOZ) after a hold down for ippon and progressed to the semi-final to face Jake Bensted (AUS). Powell threw Bensted with laats for ippon in the semi-final and booked his place in the Gold medal contest.

Josh Green (NIR) defeated Jelanie Boyce (TTO) in his first-round contest, throwing for waza-ari with a foot sweep followed by an arm lock for ippon. Green was up against Dato Matsoukatov (CYP) in the quarter-final, but he lost the fight after Matsoukatov foot swept and took the win. Green won his repechage round against Chamara Repiyallage (SRI) but missed out the Bronze after his opponent Jake Bensted (AUS) led him to forfeit.

Lachlan Moorhead (ENG) took on Fatai Muritala (NGR) in his first-round -81kg contest. After four minutes of golden score time, Fatai Muritala was disqualified after being given three shidos handing Moorhead the win.

Moorhead progressed to the semi-final after winning his quarter-final contest against Uros Nikolic (AUS) with an arm lock in golden score despite being two shidos down and went on to book his place in the final after defeating Mohab Elnahas (CAN) in a tight contest. Both players had a waza-ari score, but Moorhead closed the fight with ko-ouchi gake for ippon.

Northern Ireland’s Eoin Fleming defeated Odysseas Georgakis (CYP) with a waza-ari with laats to progress to the quarter-finals to face Kip Kosam. Fleming won his quarter-final contest against Kosam (NRU) with a strangle and moved on to face Francois Gauthier Drapeau (CAN) in the semi-final but was defeated meaning it was a Bronze medal up grabs.

Rachel Hawkes from Northern Ireland was defeated by Ebony Drysdale Daley in her contest of the day (quarter-finals) and headed into the repechage to fight for Bronze. 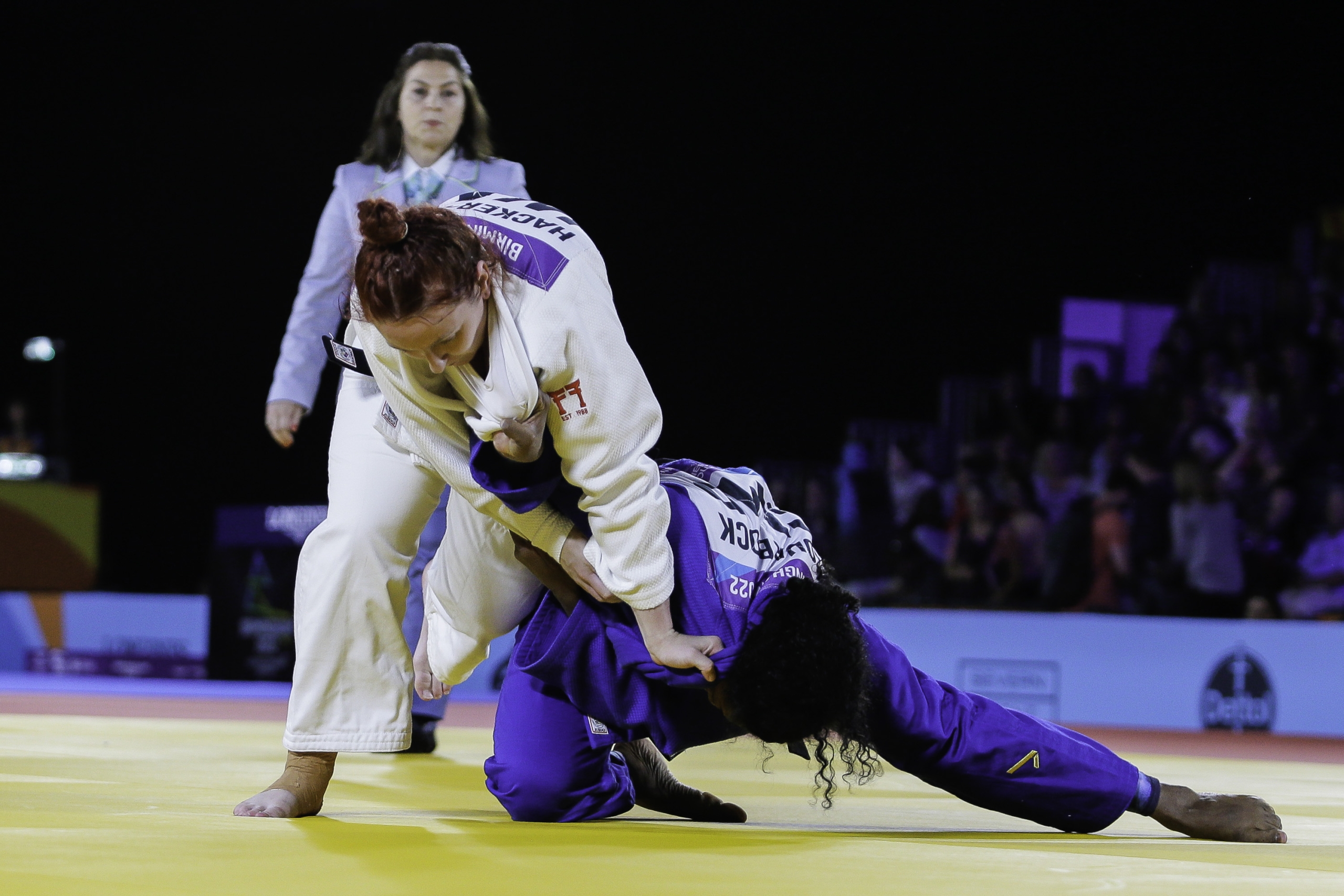 Jemima Yeats-Brown (ENG) defeated Shanice Takayawa in the quarter-final and progressed to face Aoife Coughlan (AUS) in the -70kg semi-final. It was a close contest but three shidos for Yeats-Brown meant gold was out of contention, but a Bronze medal was still in sight.

After a first-round bye, Gemma Howell (ENG) was up against Welsh judoka Jasmine Hacker-Jones who also was handed a first-round bye. After a hold down for ippon Howell took the win and progressed to the -63kg semi-final to face Katharina Haecker (AUS).

Howell went on to win her semi-final contest by making Haecker (AUS) submit with a strangle. The -63kg final would see Canada’s Catherine Beauchemin-Pinard and England’s Gemma Howell fight for Gold.

Day two only saw Scottish judoka compete with Billy Rodman fighting in the -73kg category. Rodman was drawn up against Jake Bensted (AUS), but the Scotsman lost his opening round and was eliminated.

Heading into the final block and it was Wales’ Jasmine Hacker-Jones on the mat first in the -63kg bronze medal contest. With a waza-ari each, Hacker-Jones countered with a foot sweep for a second waza-ari to win the fight and claim Bronze.

For England, Gemma Howell was up against Catherine Beauchemin-Pinard from Canada in the -63kg final. In a close fight and with two shidos each, the Canadian prevailed with an armlock 3 minutes into golden score and snatched the Gold.

In the -70kg category, England had both Kelly Petersen-Pollard and Jemima Yeats-Brown fighting for Bronze medals. Petersen-Pollard was up against Joy Oluchi Asonye (NGR) who dominated the fight, taking advantage of a drop to the floor with a strangle for ippon to then claim the first -70kg Bronze medal. 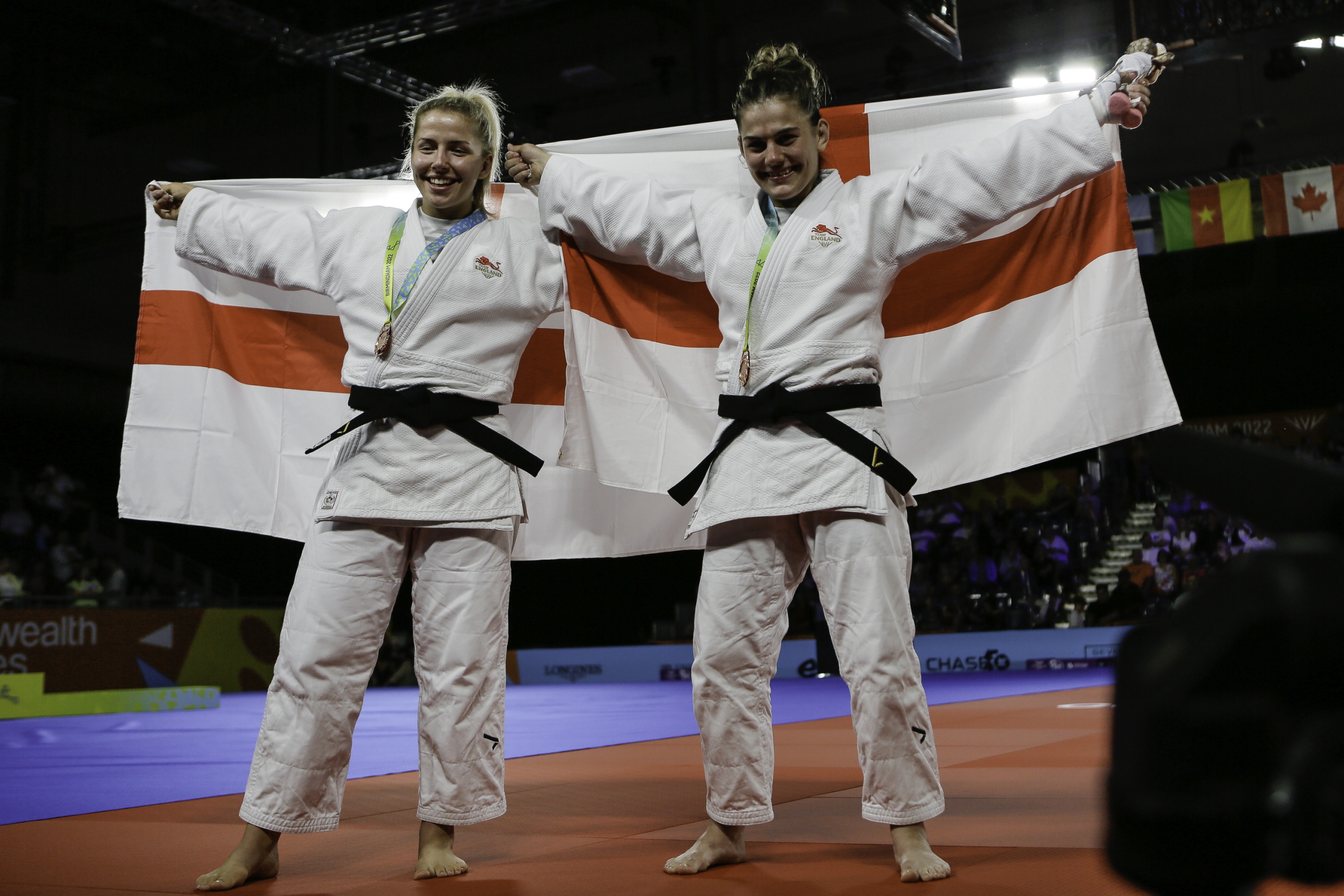 It was a battle of the Nations for the second -70kg Bronze medal with Jemima Yeats-Brown (ENG) up against Rachael Hawkes (NIR) whrre she controlled the fight and finished it with sangaku for ippon.

England’s Dan Powell had a chance to take Commonwealth Gold in the final of the -73kg category which he clinched with an ippon score defeating Faye Njie (GAM).

For the -81kg category, we had Lachlan Moorhead from England fighting for Gold and Eoin Fleming fighting for Bronze.

Fleming took the Bronze medal contest to the distance but suffered an injured ankle during the fight giving his opponent the strength advantage to snatch up the Bronze medal. 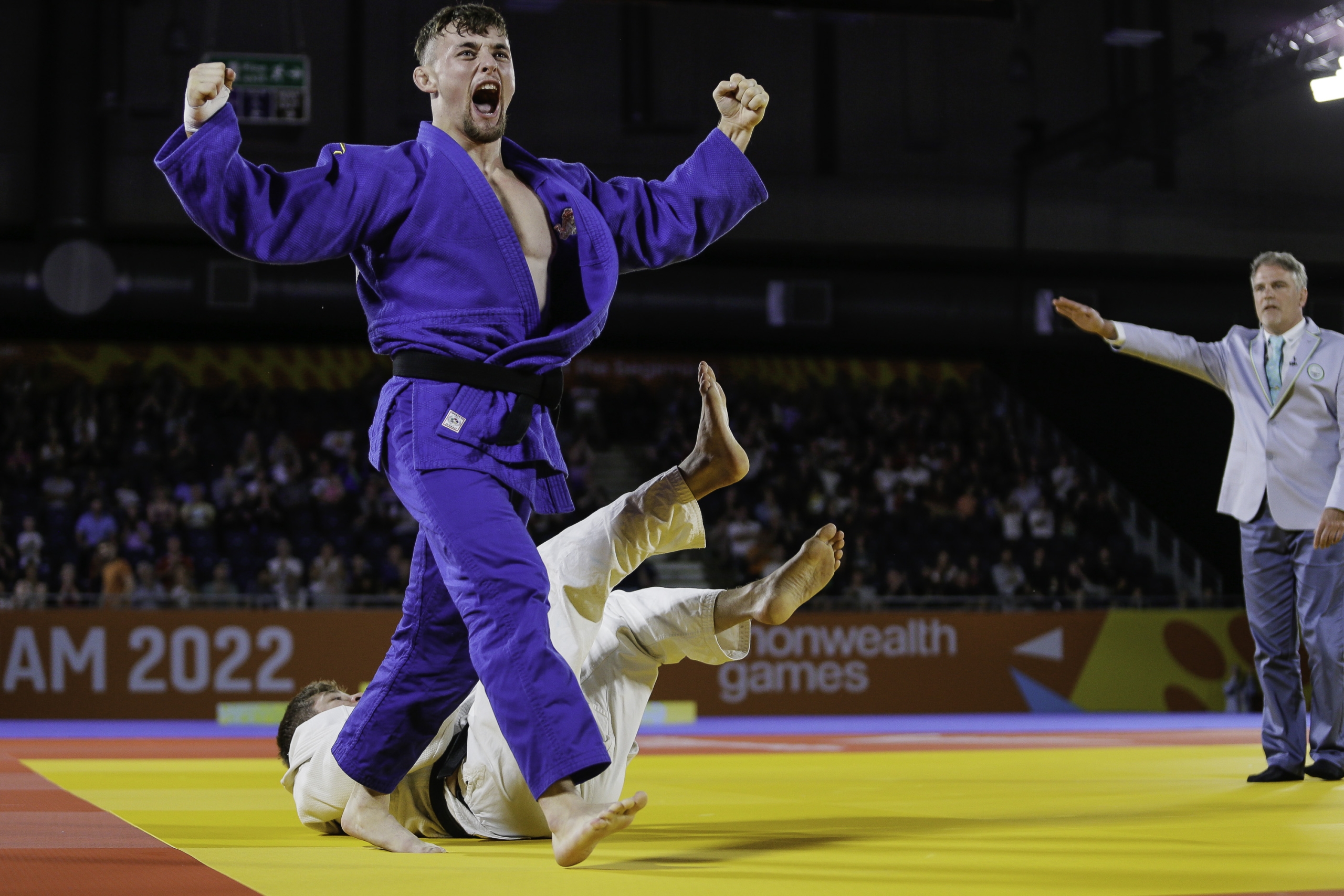 In the Gold medal contest, Moorhead was up against Francois Gauthier Drapeau (CAN). Two waza-aris with drop tai-toshi for Moorhead secured him the Gold and his first Commonwealth Games medal.

COMMONWEALTH GAMES: WINNING WEDNESDAY Scroll to top
Select the fields to be shown. Others will be hidden. Drag and drop to rearrange the order.
Click outside to hide the compare bar
Compare