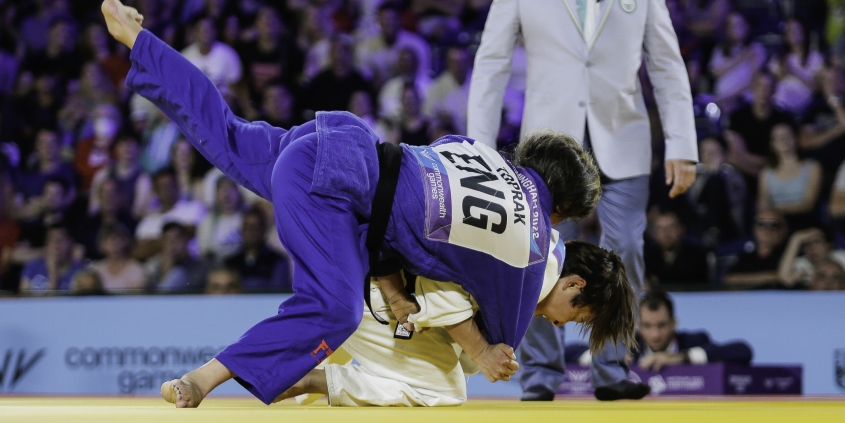 It was a fantastic opening day of judo at the Birmingham 2022 Commonwealth Games at the Coventry Arena.

In the -60kg competition Sam Hall (ENG) defeated Isamaela Solomon (NRU) in the 2nd Round by waza-ari awasete ippon following an opening-round bye.

Dan Rabbitt (WAL) defeated Zeo Agudoo (GHA) by waza-ari awasete ippon to set up a Round 2 contest against David Ferguson (SCO) who had an opening-round bye. Rabbitt progressed to the Quarter-Finals courtesy of a waza-ari score in Golden Score.

Hall and Rabbitt then faced each other for a place in the Semi-Finals. Hall applied an arm lock in the opening exchange to progress whilst Rabbitt progressed to the Repechage.

Hall defeated Petros Christodoulides (CYP) by a hold down to book his place in the Final whilst Rabbitt was defeated by Simon Zulu (ZAM) to finish 7th.

On the other side of the draw, Ashley McKenzie (ENG) progressed through his opening round contest defeating Sandor-Abdullah Iddris (GHA), throwing his opponent for ippon in the opening exchange.

McKenzie defeated Munro by a waza-ari score to progress to the Semi-Final to face 2nd seed Joshua Katz (AUS) whilst Munro progressed to the Repechage to face Vijay-Kumar Yadav (IND) for a place in the bronze medal contest.

McKenzie ensured it would be an all-England final with victory against Joshua Katz (AUS) in the Semi-Final – a waza-ari score enough to see him progress. Meanwhile, Munro was defeated by Yadav to finish 7th.

Acelya Toprak (ENG) defeated Malin Wilson (SCO) in their 2nd Round contest following an opening round bye; Wilson had previously defeated Kamini-Sri Segaran (MAS). Victory progressed Toprak to the Semi-Finals, whilst Wilson progressed to the Repechage.

A Semi-Final victory against Christianne Legentil (MRI) booked Toprak’s place in the Final to face Christa Deguchi (CAN).

On the other side of the draw, Lele Nairne (ENG) defeated Donne Breytenbach (RSA) by waza-ari score before defeat to Deguchi (CAN) saw her progress to the bronze medal contest where she faced Wilson who defeated Qona Christie (NZL).

In the -66kg category Finlay Allan (SCO) defeated Mauro Nassone (MOZ) with a strangle to progress to the Quarter-Finals. Allan then defeated second seed Steven Mungandu (ZAM) by ippon score before victory against Jasleen-Singh Saini (IND) saw him book his place in the Final to face Georgios Balarjishvili (CYP).

Also in the -66kg category, Alex Short (SCO) defeated Austin Chikwapula (MAW) by ippon osoto gari to set up a Quarter-Final contest against Gregg Varey (WAL) who defeated Bismark Yartey (GHA) in his opening round contest after his opponent picked up three penalty shidos. 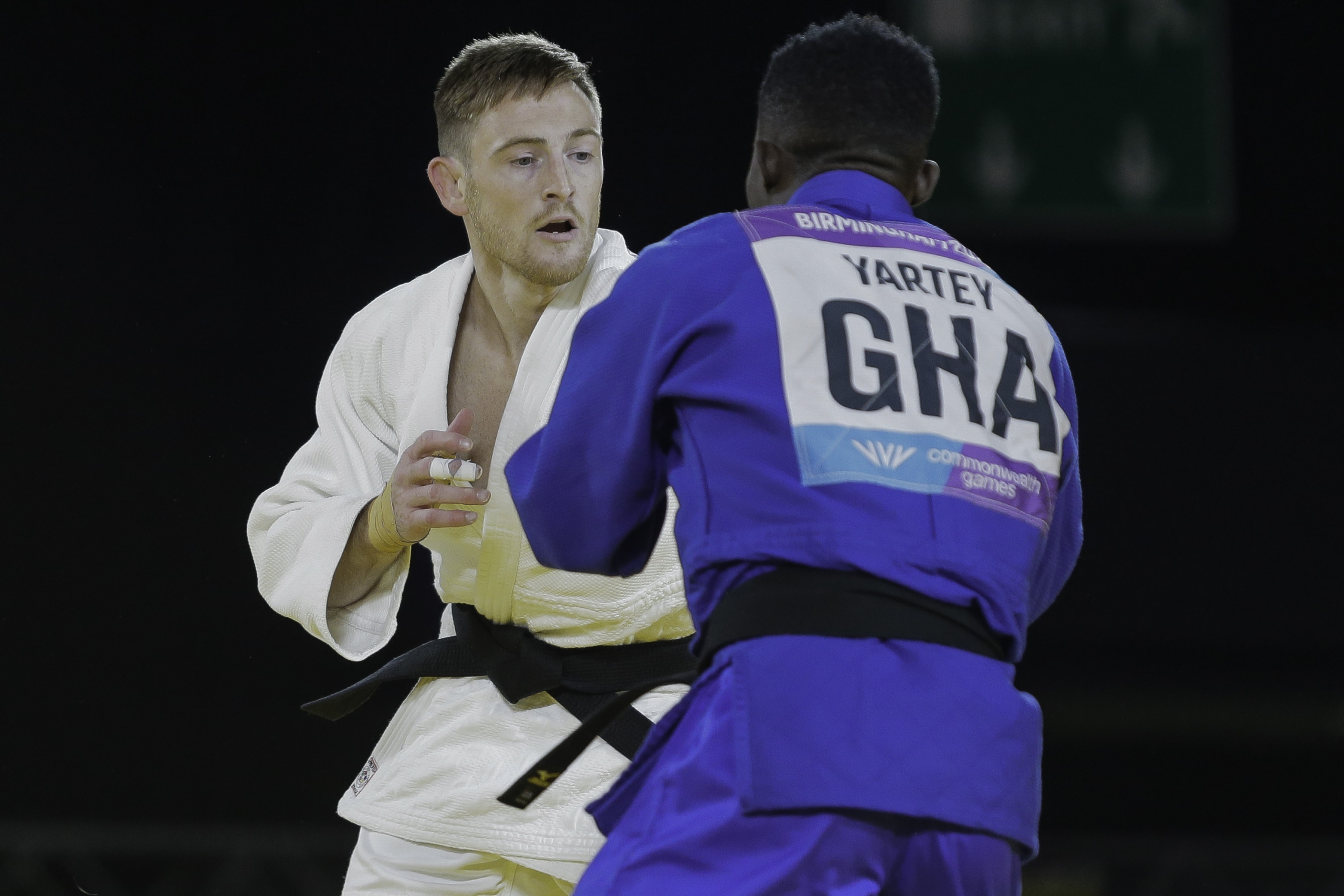 Short defeated Varey after the Welshman was awarded a third penalty shido. That meant Varey progressed to the Repechage whilst Short progressed to the Quarter-Finals. Defeat to Georgios Balarjishvili (CYP) by a waza-ari score progressed Short to the bronze medal contest whilst Varey finished 7th following defeat to Nathan Katz (WAL) in their Repechage contest.

Nathon Burns (NIR) defeated Patrick Edwin (NGR) with a 20-second hold down for ippon score in the -66kg category before defeat to Jasleen-Singh Saini (IND) saw him progress to the Repechage. Victory against 2ndseed Steven Mungandu (ZAM) booked his place in the Bronze medal contest against Short. 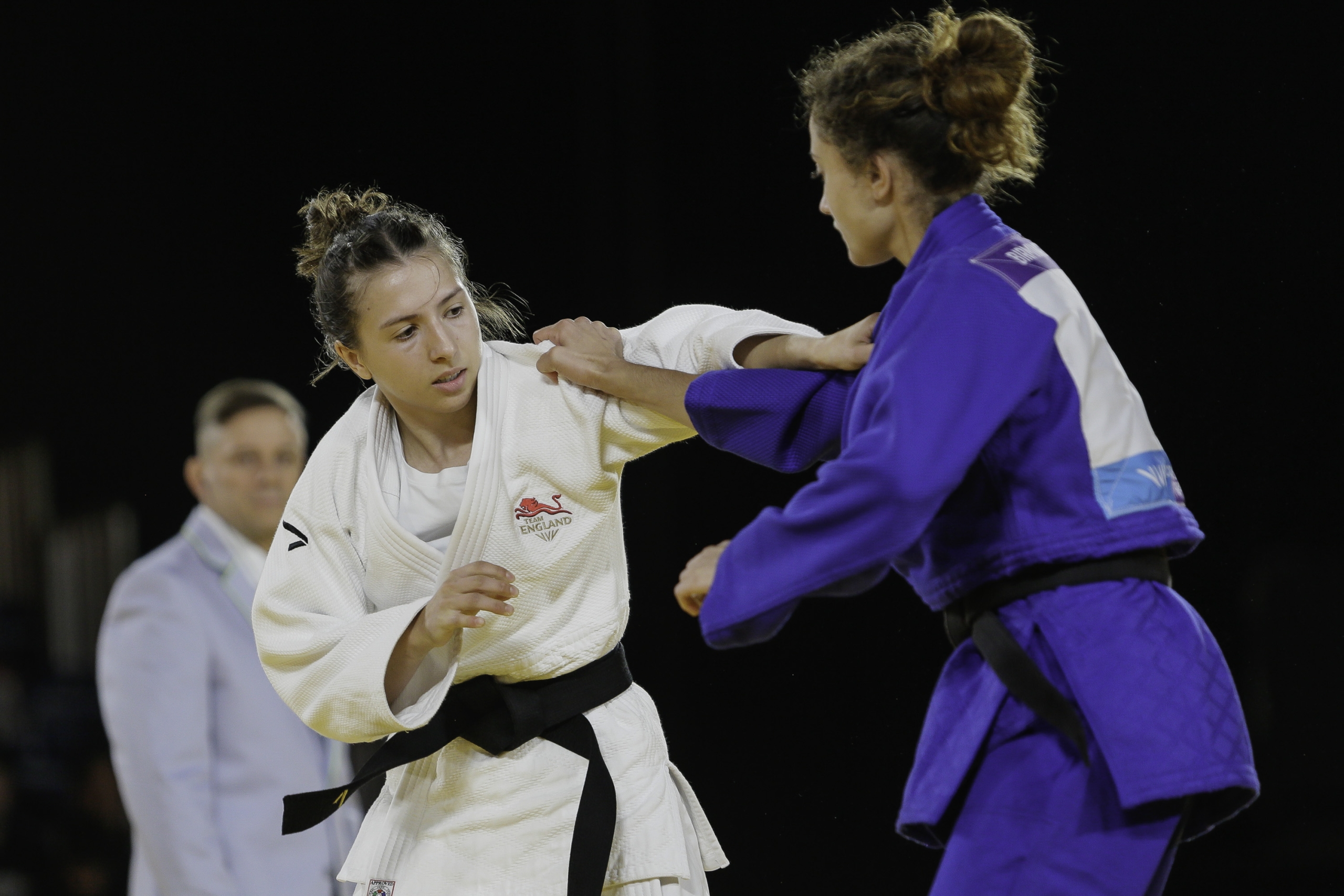 Ashleigh Barnikel (WAL) defeated Chamila-Dilani Marappulige (SRI) in the opening round, an uchi-mata score for ippon before defeat to 2nd seed Geronay Whitebooi (RSA) saw her progress to the repechage where she was defeated by Katryna Esposito (MLT) to finish 7th.

Also in the -52kg category, Kirsty Marsh (SCO) defeated Mariel Kalomor (VAN) before defeat to top seed Kelly Deguchi (CAN) saw her progress to the Repechage, where defeat to Jacira Ferreira (MOZ) saw her finish 7th.

Callum Bennett (WAL) defeated Thomas Mwenda (TAN) in the -60kg opening round, registering two waza-ari scores to progress to Round 2 but was defeated by 2nd seed Joshua Katz (AUS).

Callum Nash (NIR) was defeated by Georgios Balarjishvili (CYP) in the opening round of their -66kg contest.

Heading into the final block and it was England’s Amy Platten up on the mat first in the -48kg bronze medal match, which she walked. winning by ippon in 15 seconds with Uchi mata and claiming her first Commonwealth Games medal.

Northern Ireland’s Yasmin Javadian was up for a Bronze medal which she clinched with a wazari score defeating Jacira Ferreira.

In the -57kg for the women, Scotland’s Malin Wilson was up against England’s LeLe Nairne for Bronze. The contest went the distance and beyond, going into over 7 minutes of Golden Score. Wilson won the contest after Nairne was given three shidos leading to a disqualification.

England’s Acelya Toprak had a chance to take Commonwealth Gold in the final of the -57kg category, but narrowly missed out to Christa Deguchi from Canada who won by ippon. 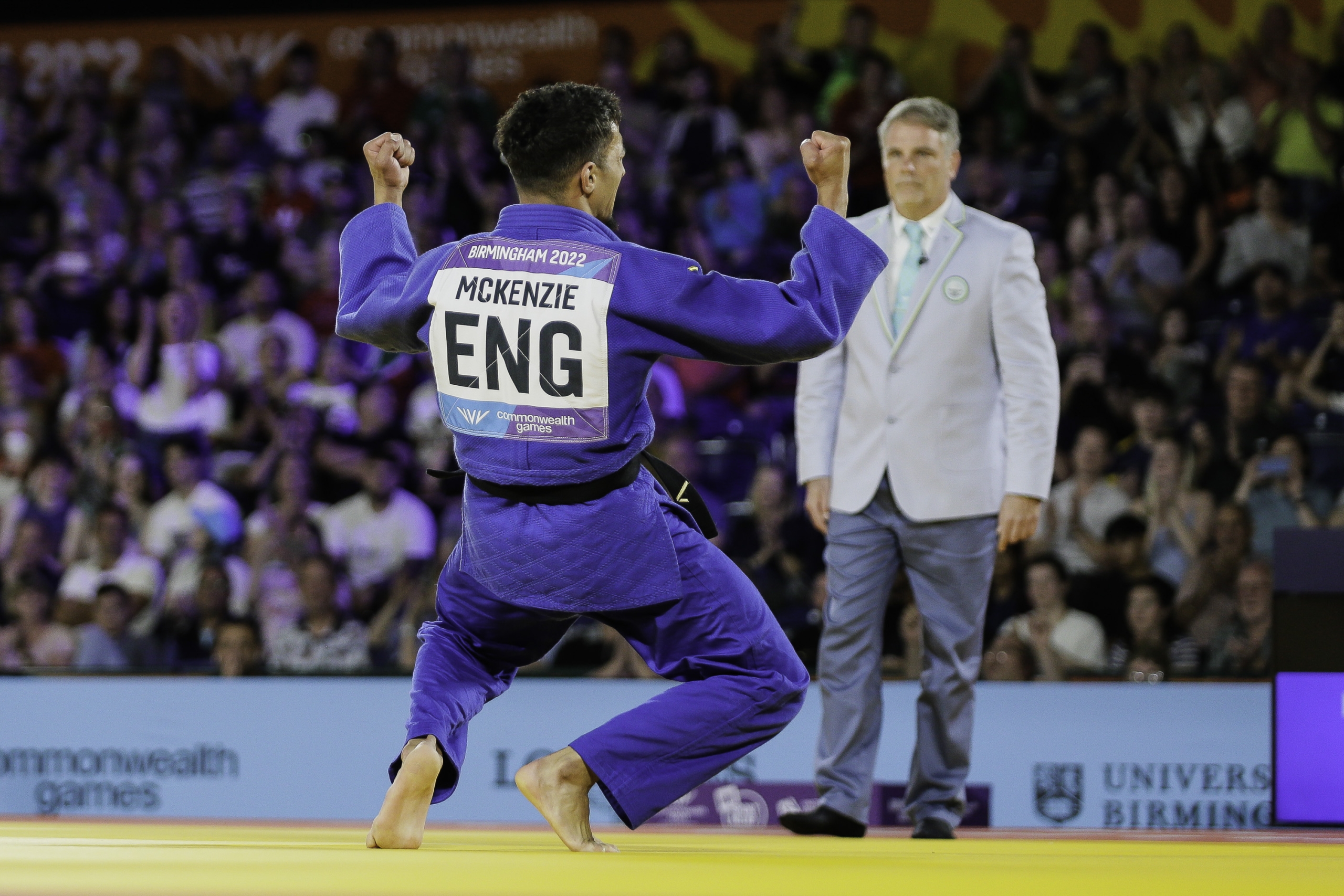 For the -66kg category, we had two Nations battling for medals. Finlay Allan was up against Cypriot judoka Georgios Balarjishvili. Frustratingly for Allan, he lost by wazari, drop seio nagi, and couldn’t get the score back.

COMMONWEALTH GAMES: TERRIFIC TUESDAY IN COVENTRY Scroll to top
Select the fields to be shown. Others will be hidden. Drag and drop to rearrange the order.
Click outside to hide the compare bar
Compare