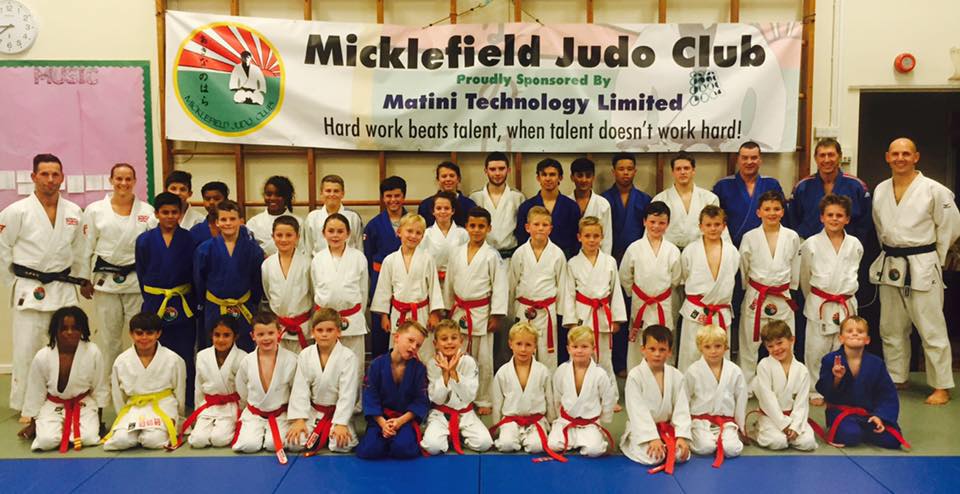 This column was originally published in the Autumn 2017 Edition of Matside Magazine. Please contact communications@britishjudo.org.uk if you’d like to use this column on social media or any other sites

Club level coaching was something I started assisting with in my teenage years, which was a massive help for my personal development. Instead of socialising before a session, my coach John Oak would let me get involved and he had a big influence on my judo.

With coaching being something I was involved with early, it wasn’t until I was qualified at Masters level that I really started to pick up momentum as a competitor. As you can imagine, juggling my working life, coaching, family and judo competition can keep me pretty busy!

I was introduced to judo via my cousins when I was around 11 years-old, it only took me a year or so before I wanted to start competing. I had my eldest son relatively young, which led to a bit of a break from judo from a competition perspective.

When I returned to the senior circuit I was in my late 20s, and I was finding things a little tough going. I think the highest national ranking I managed to achieve was around 5th, so after that I decided to put things on hold until I qualified to fight at Master level. So, I’ve actually done things a little backwards in a way, as I’ve really got into competing since I turned 30.

I’ve attended pretty much every European and World championship event since I turned 30, and I’ve really enjoyed competing at Master level. I had picked up quite a decent size collection of silver medals, so it was great to be able to win the Europeans earlier this year.

You often hear people say that it’s too difficult to coach and compete at the same time, which is something I don’t necessarily believe. For me, I think it’s really important that students, especially the kids, see that I’m not just stood at the front of the class telling them to do things that I wouldn’t be willing to do myself. My life as a competitor is an asset for my coaching, not a hindrance.

At Micklefield JC we have a big emphasis on transitions at the moment, addressing the rule changes, and it’s great to be able to show students video from my recent gold at the Europeans and say, ‘this is what I’m doing’ and essentially lead from the front. 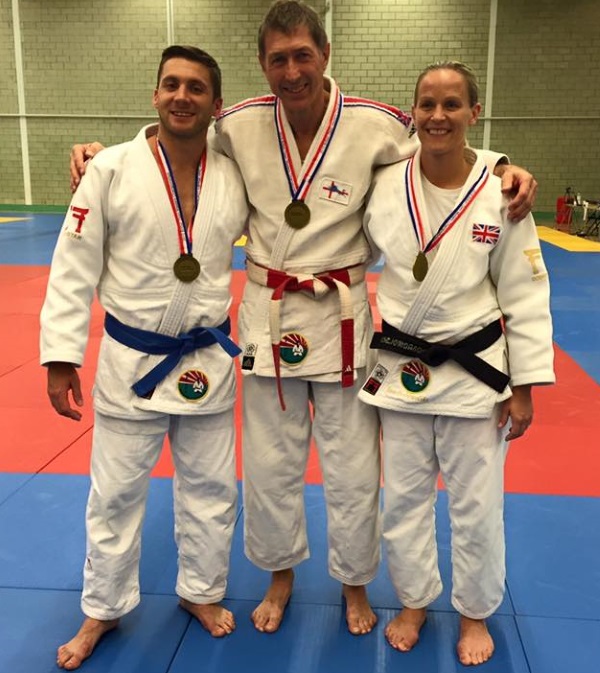 By showing students that you’re still there, working hard and going through the paces, they can relate to what you’re teaching and buy in to your training mentality – it’s a great way to keep a group motivated.

I think it’s all very well knowing people who have competed in the past, but there’s a different kind of influence you get from actively showing the way and going through the journey with your students at the same time. If, by training hard with your group, you inspire just one person, I think you’ve done your job.

As a club coach, I have plenty of responsibilities away from judo, which I am sure is something many of you reading this can relate to. I work part-time, have two small children, teach judo in schools; that’s all on top of my coaching role, plus getting my own training in.

It does require plenty of juggling, but I wouldn’t have it any other way and love to keep busy with it all. I think this is probably the life of most club coaches up and down the country.

Our aim, as a grass roots club, is to progress the players and help them achieve their varied goals. In many ways, our role is very challenging because you’re catering for a group of students with such widely different objectives for their judo. Some people hope to make it to the national squad, while some people just want to exercise and build self-confidence.

Running a session that is suitable for both competitive and recreational players can be challenging, but it’s achievable. We have two players in the national set up now, and for a small club that’s not bad going. It’s great then that we see the squad players come back to the club and relay things they’ve learnt as well.

One of the biggest benefits of being a grass roots coach is that you get satisfaction from many different areas within judo. It is so rewarding when you are able to help someone who comes through your door who’s uncoordinated, lacking confidence, low in fitness; or maybe a kid who has behavioural difficulties.

These people may not become the best judo players you’ve ever seen, but their strides in individual progress will often outshine the progress made by a more naturally gifted athlete. It’s not always about the medals – it can be about individual aims on any level.

One of the biggest things I’ve learned to be important over the years is that you should be honest with your players. There’s no benefit in skirting around issues; if there’s something a player needs to work on, they should know about it.

It’s a fine line, because you can’t come from a negative place when giving feedback, as too much negativity breeds negativity. Make your players aware of what they need to work on, but do this in a positive, constructive way that will inspire a player and not demotivate them.

Let’s say you sit down with a player after a competition loss. I think it’s important you let them know what they did well, then encourage them to look at the areas that need extra work. In my experience, you’ll find most players are very receptive to this approach.

Coaching at club level may not be a glamorous role on face value, but it is easily one of the most rewarding things you can do with your time. If you’re into judo, I’d advise getting into coaching and see just how much fun you can have!

GB Judo Weekend Review: 02 – 03 June 2018 Scroll to top
Select the fields to be shown. Others will be hidden. Drag and drop to rearrange the order.
Click outside to hide the compare bar
Compare