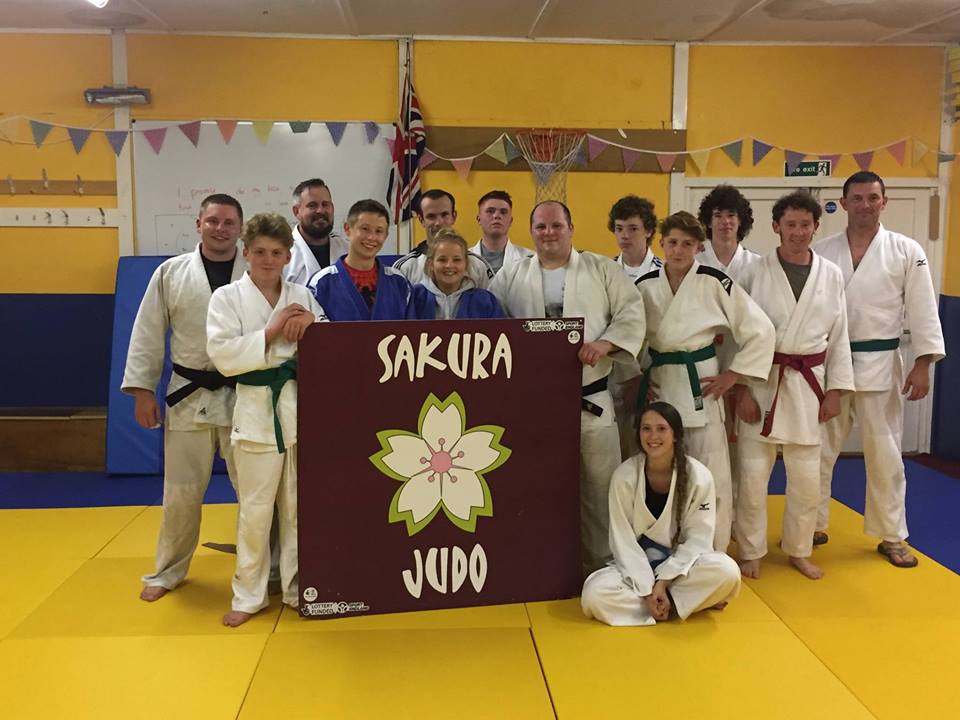 Though I was introduced to judo as a kid while at school, it wasn’t until I’d started a career in the Police Force that I decided to really get back into it. It goes without saying that judo is a fantastic way to build confidence and fitness, as well as cultivate the self-defence tools needed for a role in the Police.

Once I’d started my judo up again, my kids started to show an interest as well. My daughter was actually being bullied at school, so it was a great outlet for her during a difficult time.

My son, Isaac, has really taken to it and is now ranked 3rd in Great Britain at -66kg. I’ve four kids, with three of them still involved with the sport, so I guess you could say we’re a judo family.

I believe it’s this family mentality that has enabled our small club to really thrive. We started Sakura JC in 2015 and – despite being small – we average around 30 members on the mat per session.

We have around 60 members now, which has built up very organically without advertising. Our little village has around 3,000 people in it, so I think we’ve done quite well to get so many people interested in judo! 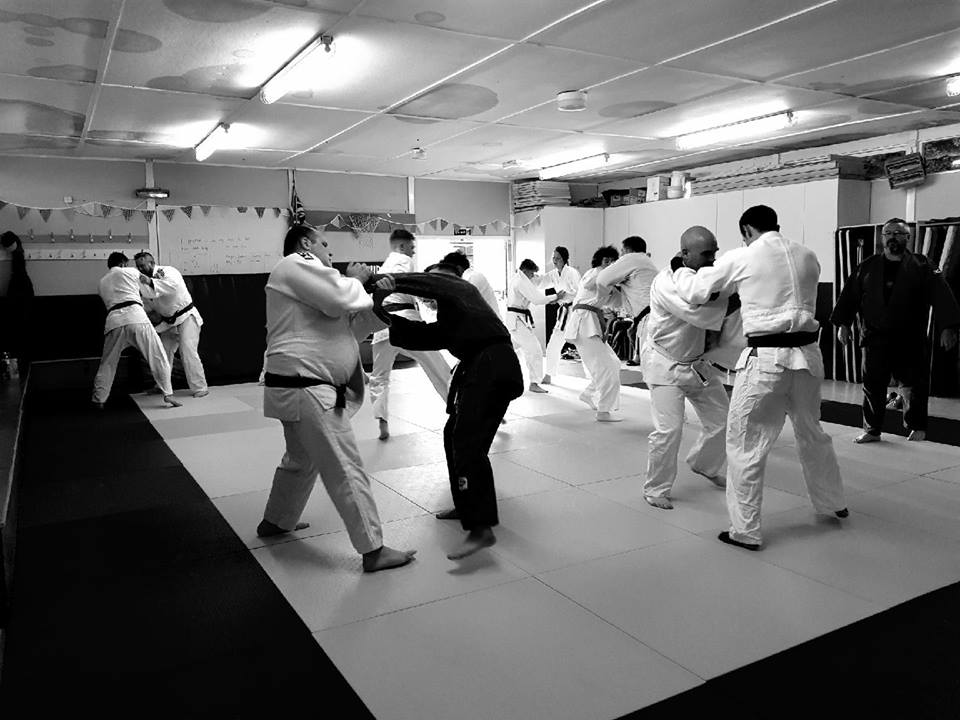 I regularly ask members why they enjoyed training with us, and it is this creation of a friendly, family environment that always seems to come up. While I run the sessions, it’s always my wife who’s signing people in, I’ve got my kids alongside me training – I think this sets the tone for how we operate.

Word of mouth has been our biggest driver of new members; I think that goes to show that doing a good job and creating a friendly atmosphere is always going to become your best form of marketing.

One thing we’ve made sure to foster with our kids is the idea that we want them to train quite vigorously, but to always look after their Uke.

Establishing this mentality has made it so much easier for me to welcome in new members, as I know I can put beginners in with my 8 to 10-year-olds and they’re going to be completely safe. In fact, this approach transcends all ages and I think that’s why we get whole families come down to do a bit.

It’s a bit of a cliché, but judo is for everyone: big, small, young, old – whatever. As long as you can find the discipline to commit and work hard, you’re going to find it hugely rewarding.

That said, in my personal opinion, you can’t underestimate the importance of proper planning in order to give all your members the best platform to succeed.

I plan every single class I teach, and it’s progressive in that I am always linking things together and working towards an end goal. For kids’ classes, you absolutely have to keep them engaged and try to keep it fun.

I like to incorporate short exercises to accommodate short attention spans; every five to ten minutes we change what we do. Past that, it’s a balance between reinforcing the skills they’ve learned and teaching new ones.

As a Police Officer, judo has been something that I’ve found extremely applicable. The idea of controlling someone, without striking, is something that couldn’t be more suited to the Police, so the practicality of judo works well for this.

Of course, it’s limiting to say this is ideal for just the Police, as having the confidence to diffuse a situation with judo is a fantastic tool that everyone could benefit from. 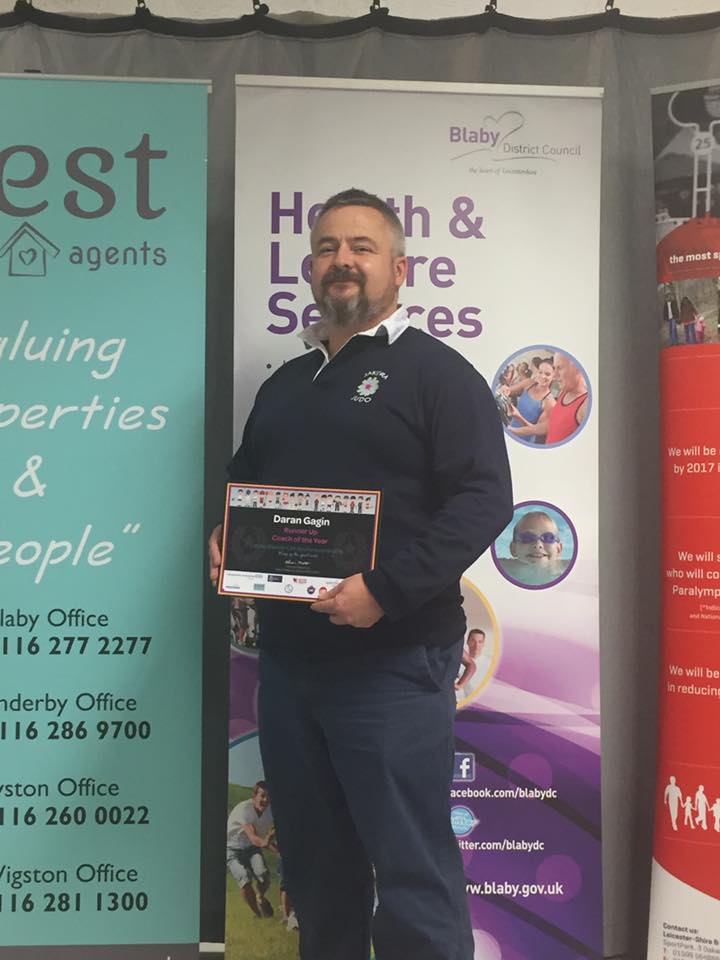 Juggling my working life with the coaching commitments can be challenging, but it’s extremely rewarding. At the risk of sounding corny, I like to think that we’re giving something to the community with our little club.

I have a specific skill that I can use with my coaching, and as judo is still a minority sport in the grand scheme of things, I try to play my part in getting more people interested about getting on the mat.

Inevitably there are times when things get very busy, you’re out for twelve-hour days, and then you’ve judo commitments, but I never begrudge the coaching because it’s just so rewarding.

I think it’s important to stress that our success would not be possible without my family support and then all the support we have from willing volunteers. Having a support network of people who are just as enthusiastic as you are is priceless.

My team and I feel a real importance to what we do; not that we are important individuals, but our work with students and showing judo in the right light.

With my son, Isaac, now involved with the senior squad, my life can be judo focussed six or seven days a week – pretty full on! I actually didn’t coach Isaac myself at first, and I’ve always left the decision of where he seeks his coaching up to him.

We do go to other locations to vary his training, but having Isaac focussed on an Olympic dream has brought another dimension to my role as a coach – and a father for that matter.

With someone like Isaac, I actually employ a less hands-on approach, so I say less and less specifics, but more planting ideas. We’ll review his fights and performances and I’ll encourage him to establish what he needs to work on.

I think when you have someone seeking elite levels within their judo, the best you can do – at club level – is help keep them motivated and provide the opportunities for them to get on the mat. At the end of the day, at that level, you can only do judo if you love it.

And I’d say that’s the key: to love your judo. Maintaining a community feel, a sense of family, and always bringing your best to each session is a sure-fire way to success – just prepare for a busy life!

This column was originally published in the Winter 2017 Edition of Matside Magazine. Please contact communications@britishjudo.org.uk if you’d like to use this column on social media or any other sites

It’s Not Too Late to join the Technical Officials Course Running at Samurai... Scroll to top
Select the fields to be shown. Others will be hidden. Drag and drop to rearrange the order.
Click outside to hide the compare bar
Compare
Wishlist 0
Open wishlist page Continue shopping