You are here: Home / GB Judo / Chelsie Giles in action on day 2 of World Championships 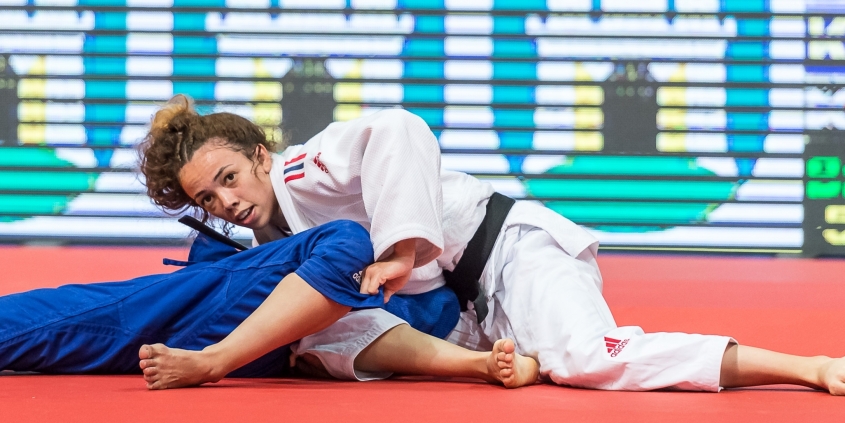 On day 2 of the IJF World Championships, Chelsie Giles was in action for British Judo.

Giles defeated the African Championship bronze medallist, Charne Griesel (RSA), in the second round, following an opening round bye. A dominant opening round match by Giles saw her throw her opponent for waza-ari followed by a 10 second hold down to see her progress to Round 3 to face Fabienne Kocher (SUI).

In Round 3, Giles went a waza-ari score up early in the contest and looked dominant. With the contest level at 1 score each, a mistake by Giles saw her thrown for a second waza-ari.

The next British involvement at the World Championships will be Wednesday 9th when Amy Livesey and Lucy Renshall are in action in the -63kg competition.

Livesey will face Alexia Castilhos (BRA) in the opening round, a fighter who is ranked just 2 placed behind her in the world rankings.

Meanwhile, Renshall has an opening round bye and will face Isabel Puche (ESP) in Round 2.

Northern Home Counties Marks Return To Judo Scroll to top
Select the fields to be shown. Others will be hidden. Drag and drop to rearrange the order.
Click outside to hide the compare bar
Compare