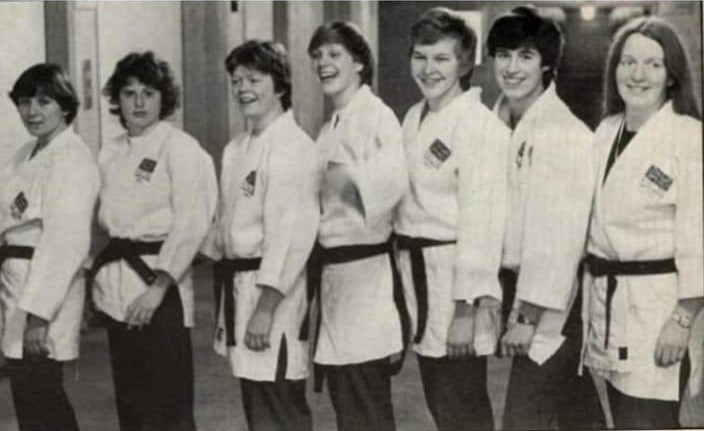 Who were the British Team?

The contingent from British Judo consisted of ten in total.  We must not forget the important Team Coach, Roy Inman, so capably supported by Marion Woodard and Winn Bolton.  It is remarkable that whilst we have very sadly lost Roy Inman with his premature demise in 2015, all of the girls are still with us, loud and in rude good health, all remaining active, and with the majority still playing a big part in our sport.

There have been quite a few articles written about this 40th Anniversary in recent weeks, but it is appropriate to recall the environment for women’s judo that prevailed at that time, and put into context why this first women’s World Championship was so remarkable.

The British were at the forefront of promoting Women’s Judo, and commanded respect at that time on a world-wide basis for our enlightened approach.  Today, we should take inspiration from this to continue to push forward to break down the barriers that still exist in our sport – gender equality, racial and ethnic discrimination, the inclusion of those who are disadvantaged physically, mentally or economically, refugee issues and sexual orientation still need more work by us all to have the truly fair and equitable sport to which we all aspire. 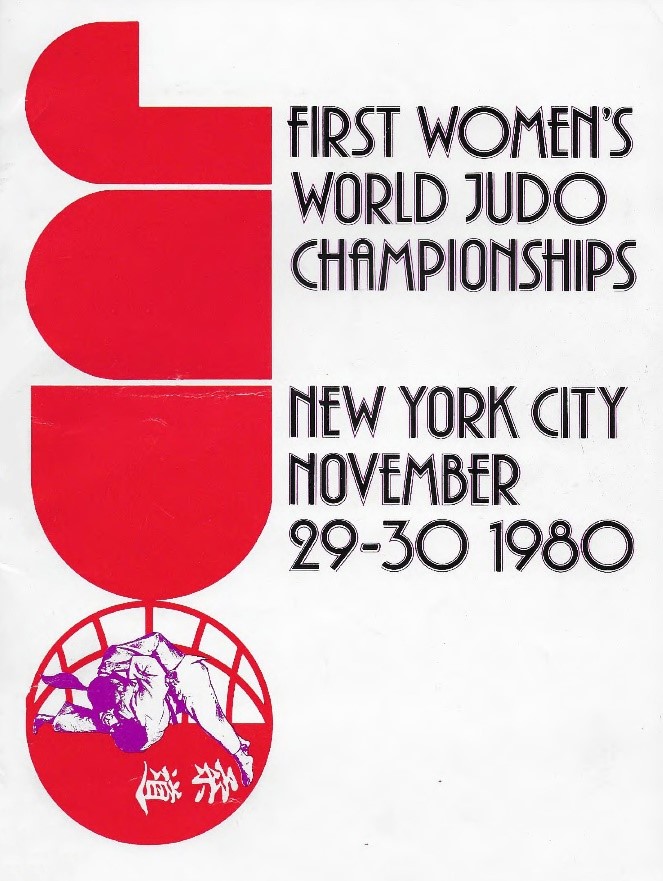 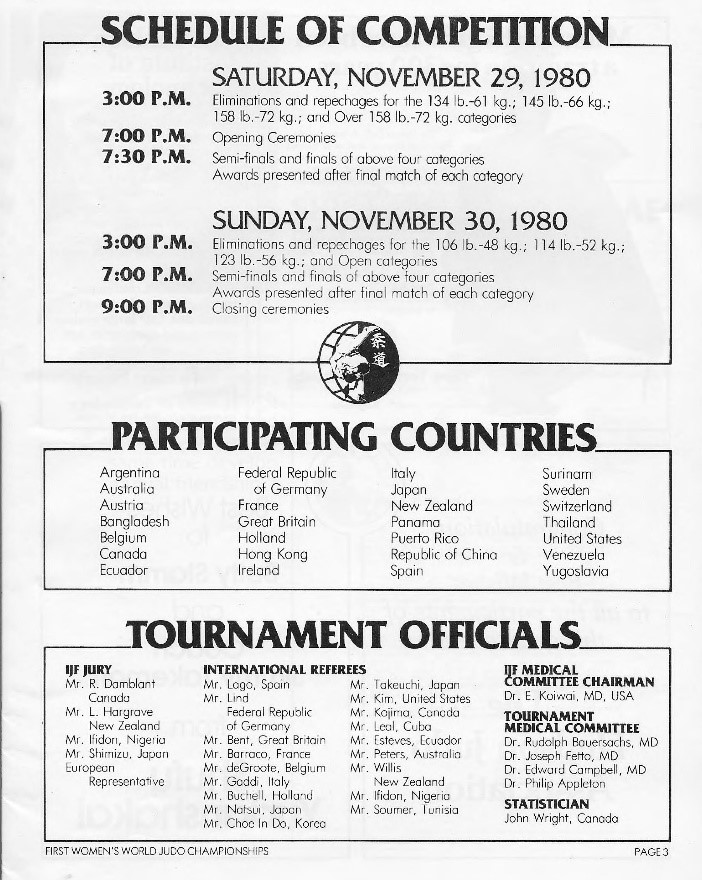 In 1980, international competitive judo was exclusively for men. The British Women’s Open at that time became the proxy alternative to a World Championship and was “… long recognized as the highest calibre women’s competition, and laid the foundation upon which this first World Judo Championship has been built..” (quote direct from the Event Programme – hence American English spelling).

For women, especially in Japan, judo was regarded as recreational only and it was felt inappropriate to have women involved in contact sport.  Many traditionalists in Japan, which at that time held the Presidency of the IJF, resisted the inclusion of women in competitive judo.

Women were excluded, through the scarcity of IJF competitions, and in the Olympics, women’s judo did NOT exist.  In that same year of 1980, the Summer Olympics had been held in Moscow. Whilst this particular event was a highly political affair through the boycott of the Games by many countries, including Great Britain, because of the Soviet invasion of Afghanistan the previous year, there was no formal political protest at the absence of women in many sports.

Our British Neil Adams won Silver at that Olympics, competing at -71kg under the Olympic Flag, and Arthur Mapp won a Bronze in the Open Category: who knows what might have been the case if women’s judo had prevailed, because later that same year in this first women’s World Championship, Great Britain had a superb medal haul with a Gold, Silver and three Bronze Medals.

This opening event was a true representation of the best of women judoka from across the globe and was intended to showcase women’s judo to attest to the readiness of women’s judo for inclusion in the Olympic Games.  And yet, it took a further 12 years until women’s judo was an official part of the Barcelona Games in 1992, having been a “Demonstration” event at the 1988 Olympics in Seoul, South Korea.

It is now an integral part of Olympic Sport, but it was a hard won first step towards having an Olympic Podium that was forged by the 1980 first women’s World Championship in New York 40 years ago.

Tune in throughout the week as we post a catch up with each of the women’s squad starting later today with Dawn Netherwood.

Online After School Sport Club to fill void caused by second lockdown Scroll to top
Select the fields to be shown. Others will be hidden. Drag and drop to rearrange the order.
Click outside to hide the compare bar
Compare
Wishlist 0
Open wishlist page Continue shopping