You are here: Home / Events / Cancun Bronze for McKenzie 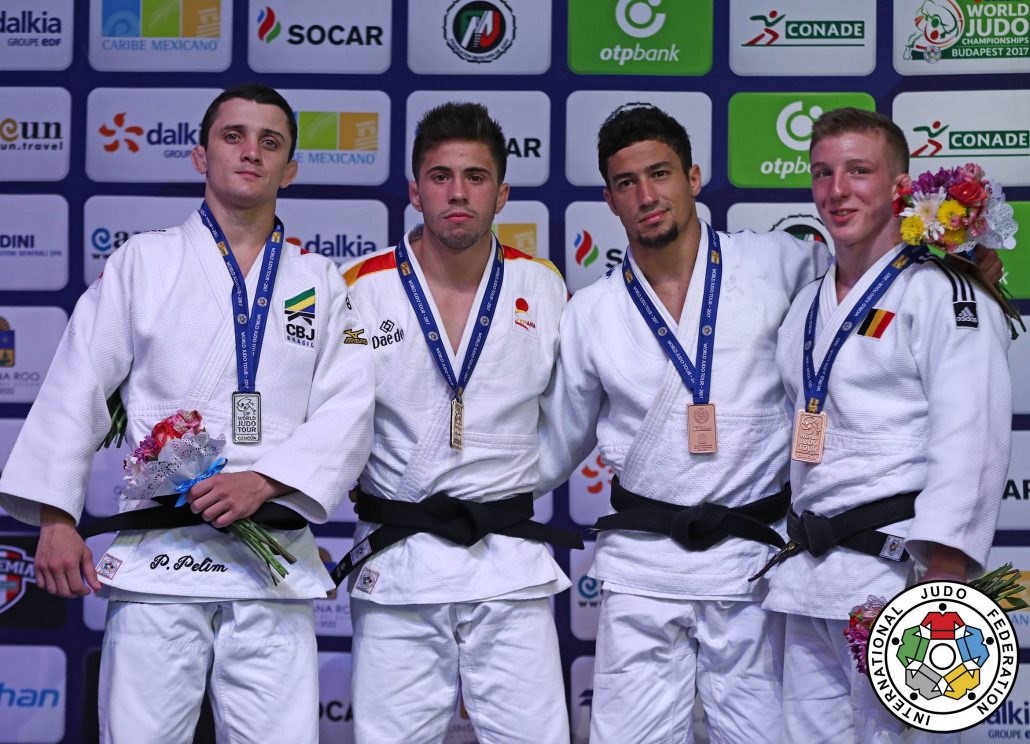 This was the British judoka’s first IJF World Tour medal since winning bronze at the Baku Grand Slam over a year ago and his third Grand Prix medal. His previous two had also come in North America, Miami in 2013 and Havana in 2014.

McKenzie made a professional start in the -60kg category as he had little issue against home judoka Yordi Villegas throwing him for waza-ari and forcing him to pick up three shidos. He then made short work of Peru’s Michael Patino Villagra, winning inside the opening minute with some strong newaza.

The semi-final saw him take on Phelipe Pelim with the Brazilian having won their only previous encounter at the Dusseldorf Grand Prix in February. It proved to be another close contest with McKenzie forcing his opponent to pick up two shidos with a combination of intelligent gripping and strong attacks. Pelim responded however with a big waza-ari throw which McKenzie was unable to get back.

This meant the British fighter dropped into the bronze medal match against United States judoka Adonis Diaz. McKenzie made a strong start going ahead by waza-ari before Diaz levelled things up. However, the British athlete was looking more likely to score throughout and that proved to be the case as he soon retook the lead before finishing things off with one final throw for ippon.

There was also a fifth place finish for Kim Renicks at -48kg. The Commonwealth Games champion had a tough opening contest against Brazil’s Gabriela Chibana and dropped into the repechage. There she faced Lesly Cano (PER) and some strong newaza from the British fighter saw her into the bronze medal contest.

Her opponent Katelyn Bouyssou (USA) had won their previous encounter almost two years earlier at the Wollongong Oceania Open and she added to that winning record in Cancun. It was a tactical encounter with the American fighter looking to have a high attack rate. The pressure eventually told with Bouyssou throwing Renicks for waza-ari before finishing the contest on the floor via osaekomi.

Sam Hall (-66kg) was the third British judoka in action and the Sheffield fighter lost a physical contest to World No.4 Tal Flicker (ISR) in golden score by waza-ari.

The judo will start at 10am local time (4pm UK) with live coverage via ippon.tv and you can follow @BritishJudo on Twitter for live updates

British Judo Teams Up With Physique

Four medals for GB Judo on day two of Cancun Grand Prix Scroll to top
Select the fields to be shown. Others will be hidden. Drag and drop to rearrange the order.
Click outside to hide the compare bar
Compare