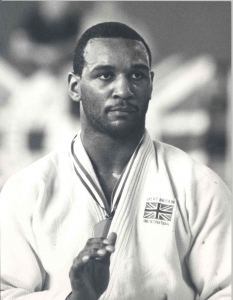 Upon his retirement, Densign chose to pursue a career in sports administration, serving 11 years as the Chairman of the British Judo Association, from 2001 to 2012. He then moved on to serve internationally as the European Judo Union Head Sports Director and has acted as an executive member of the British Olympic Association.

In 2018, Densign was elected to the Council of Sport Integrity Global Alliance, an organisation founded to tackle corruption in sport by industry stakeholders. Densign is now the Chairman of Sporting Equals, which works to promote ethnic diversity in UK Sport, a role that has recently seen him appointed MBE in the 2020 Birthday Honours list for services to Diversity in Sport. 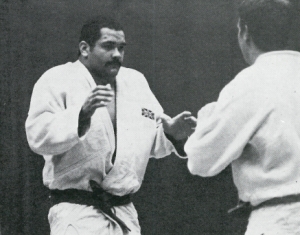 Arthur later went on to be Team GB Judo Team Manager for the Seoul and Barcelona Olympic Games.

Multiple European representative, Simone Callender, was crowned Commonwealth Champion in 2002. Simone is now Technical director of the Commonwealth Judo Association. Simone was Judo Competitions Manager at the Glasgow Commonwealth Games in 2014 and was responsible for the smooth running of the three-day judo competition. 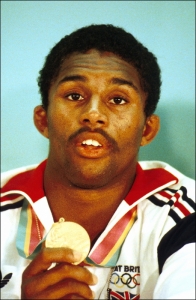 Kerrith was also bronze medallist at the 1987 World Championships in Essen. He later went on to become Chairman of the British Judo Association and it was under his leadership that the BJA opened its doors to the Centre of Excellence at the University of Wolverhampton.

Craig Fallon was the last British Judoka to be crowned World Champion, a title he held alongside his European crown, and one of only two men to ever hold the two titles simultaneously. The man behind Craig’s success was his coach, friend and mentor, Fitzroy Davies. Fitz has played a key role in the development of many British Judoka over the years, most recently the 2019 European Junior Champion, Kelly Petersen-Pollard. 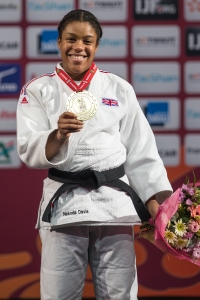 Nekoda Smythe-Davis has had a fantastic career to date that has seen her win two World Championship medals, silver in Baku, 2018, and bronze in Budapest, 2017. Nekoda was a volunteer at the London 2012 Olympics before she was selected to represent Team GB at the Rio Games in 2016.

Peter Cousins was World Championship silver medallist in 2007, a performance which helped secure his spot at the Beijing Games in 2008 – his Olympic debut. In addition to his World silver, Peter also claimed bronze at the European Championships in 2006.

Sharon Lee was the 1989 World Championship silver medallist. She also won the European title in 1990 in the Open Weight category as well as bronze in 1988 in the +72kg.

Behind all these great achievements are teams of volunteers and families that work tirelessly, devoting their time and efforts to the sport of judo.

Covid-19 Update: British Judo Statement (30th Oct) Scroll to top
Select the fields to be shown. Others will be hidden. Drag and drop to rearrange the order.
Click outside to hide the compare bar
Compare