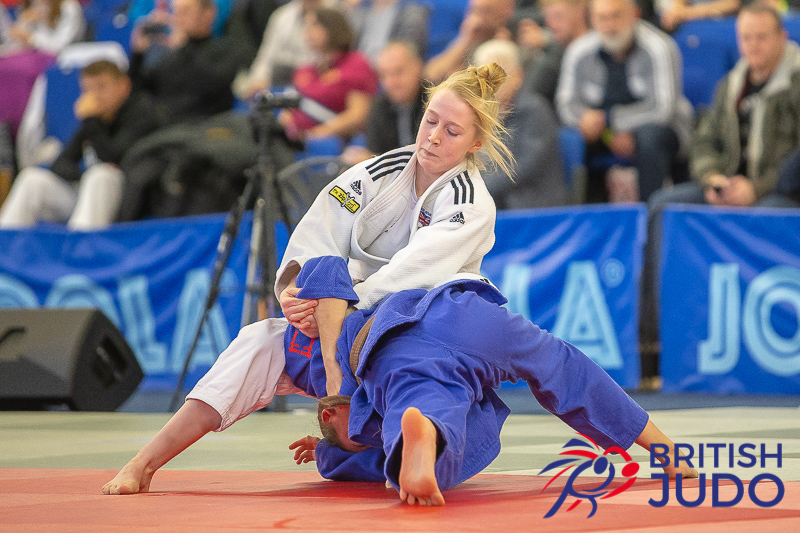 British Judo are delighted to announce the athletes selected for the 2019 GB Junior Elite Development Squad and 2019 Heavyweight Programme.

The GB Junior Elite Development Squad (EDS) Programme was launched at the end of 2018 following the Junior British Championships in Sheffield.

The EDS Programme will look to maximise the talent coming through the pathway by creating a more focused centralise and semi-centralised programme.

The aim is that every year GB judoka are challenging for Junior European and Junior World Championships medals while also developing athletes for the Paris 2024 Olympic Games.

Athletes were invited to take part in a profiling weekend at the British Judo Centre of Excellence at the start of February (2 – 3) where they were went through both technical and physical profiling.

Following the profiling weekend, selections were made using the results of the testing as well as previous competition results, Home Nation Programme feedback and performance in training.

Athletes on the EDS Programme will be invited to five domestic camps at the British Judo Centre of Excellence throughout 2019. All athletes will also go to the International Masters Bremen, International Thuringia Cup, Lignano Junior European Cup and subsequent training camps.

Following those initial competitions judoka will then be invited to attend the Leibnitz, Paks and Berlin Junior Europeans Cups and Training Camps.

Athletes on the Heavyweight Programme will attend domestic and international camps throughout 2019 and compete at International Masters Bremen and International Thuringia Cup.

Adaptive Judo Day Hailed A Success for NI Judo Scroll to top
Select the fields to be shown. Others will be hidden. Drag and drop to rearrange the order.
Click outside to hide the compare bar
Compare