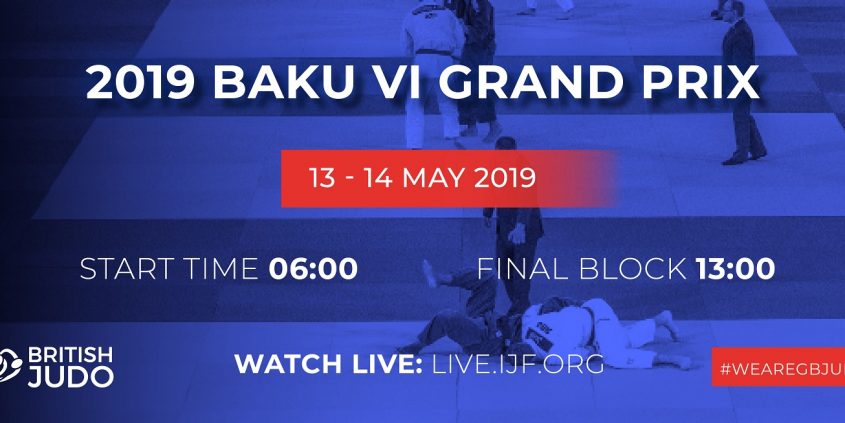 It is the first major ranking tournament on the road to Tokyo for the Visually Impaired squad as they take to the mat in Baku.

The Azerbaijan Grand Prix represents an excellent opportunity for ranking points to be claimed and with a strong field expected, it will provide a stern test of the athlete’s credentials.

The squad has the perfect blend of youth and experience throughout. It will once again be spearheaded by the experienced heads of Chris Skelley, Jack Hodgson and Elliot Stewart with exciting young talents Evan Molloy, Daniel Powell, Connah Anders and Natalie Greenhough.

Skelley has recently recovered from a neck injury sustained in training to take his place in the team. He will be looking to close the gap on World No.1 Zviad Gogotchuri with a strong performance. The Georgian has consistently performed on the world stage including a Gold in the World Championships at the end of 2018, defeating Skelley on the way. The Brit is current European Champion however and will be out for revenge in the -100kg competition.

Jack Hodgson has had a solid training block and will have an eye on breaking into the World’s Top 5 in the +100kg category. The heavyweight judoka suffered an early exit at the World Championships at the hands of World No.5 Wilians Araujo (BRA). Iran’s World No.1 Mohammadreza Kheirollahzadeh will be competing this week so Hodgson knows that he will need to be on fine form to have a chance of topping the podium!

Elliot Stewart finished 2018 on a high with a bronze medal in the World Championships. He was understandably delighted to win his first World medal having only been fighting in VI judo for just over a year. He will be hoping to continue his startling rise up the rankings which has seen him reach a career high of 3rd in the -90kg category. It looks to be a competitive category this week however, with four of the world’s top five scheduled to compete along with his conqueror at the World Championships, Iran’s Vahid Nouri.

Devizes judoka Molloy is the youngest member of the team at 19 and he will be taking on a world-class field at -73kg including current Paralympic champion Ramil Gasimov (AZE) and World No.1 Feruz Sayidov (UZB).

Molloy finished seventh at the IBSA Judo European Championships in Walsall and he will want to bring that form to the mat this week.

The Crawley judoka has medalled twice in 2018 though, winning silver and bronze respectively at the Brazil VI Grand Prix and VI German Open. She is currently firmly embedded in the Top 10 in the world but top seeded World No.1 Olga Zabrodskaia is the judoka to beat this week!

London 2012 Paralympian Daniel Powell (-81kg) made his return to international VI competition at the start of 2018 with bronze medals at the VI German Open and Brazil VI Grand Prix.

Connah Anders (-66kg) will be making his first appearance on the mat in Azerbaijan and could provide some upsets this week! It is another strong category however with all four medallists from last year’s World Championships scheduled to compete.

Competition starts at 0600 UK time on each day with the final block starting at 1300 UK time. There will be a full live stream including commentary via the IBSA Youtube Channel and a commentated stream on the IBSA Judo Facebook Page 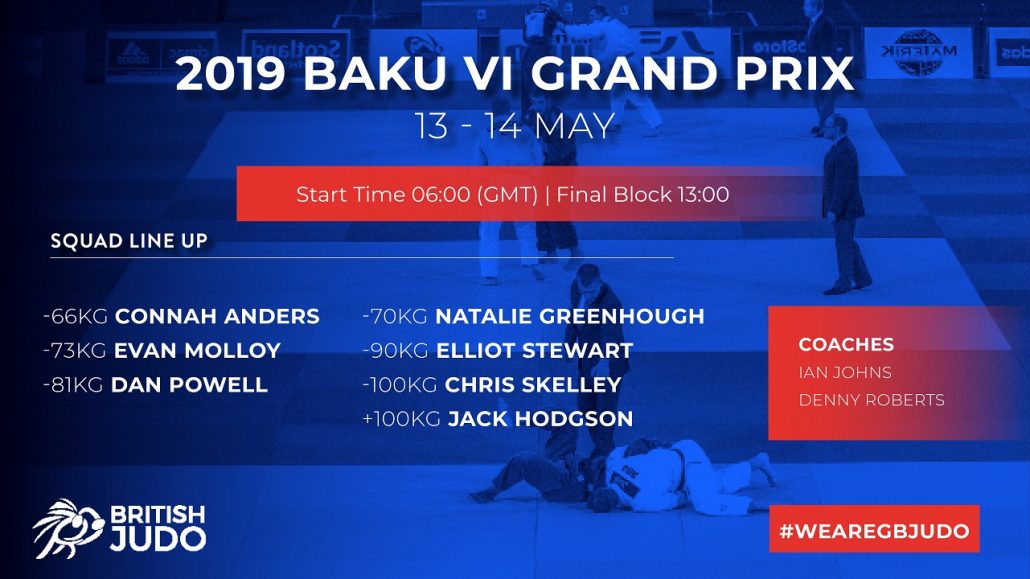 Make The Positive Parents Promise Today with NSPCC Scroll to top
Select the fields to be shown. Others will be hidden. Drag and drop to rearrange the order.
Click outside to hide the compare bar
Compare