You are here: Home / Association news / 2017 Junior & Senior British Championships – Ones to Watch 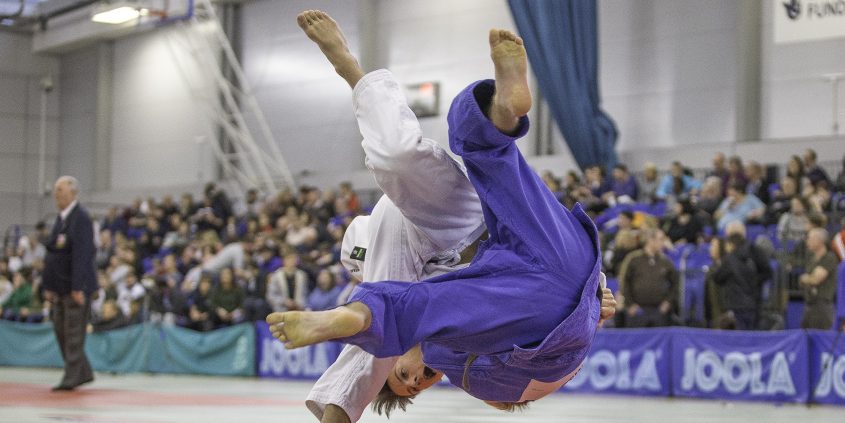 This weekend sees the return of the best Junior and Senior judoka to EIS Sheffield for the 2017 Junior British Championships on Saturday 9 and Sunday 10 December.

There are a number of standout weight categories this weekend with returning champions looking to defend their titles and newer names aiming for that top spot.

We’ve picked out just a few weight categories that we think you should keep a close eye on this weekend.

With the British Junior champions from 2015 (Chelsie Giles) and 2016 (Olivia Piechota) having moved up to Seniors and unavailable due to injury respectively we will be seeing a new champion crowned at this weight on Saturday.

It is an exciting entry at -52kg with a number of quality judoka going for gold. Two-time -52kg Cadet champion Yasmin Javadian will be looking to add her first Junior British title to her collection.

This weight is packed full of quality and will be one of the hardest to call this weekend with a mix of experienced judoka and up and coming talent.

Defending champion Acelya Toprak has enjoyed a strong 2017 with a silver at the Junior European Championships in Maribor the highlight. Two-time Grand Prix medallist Bekky Livesey will be looking to win her first senior British title after missing last year’s Championship due to injury.

2015 Senior champion Laure Fournier will want to regain her title while younger judoka in 2017 EYOF bronze medallist Josie Steele and 2017 Cadet champion Darcie Hancocks will want to make an impression on their more experienced opponents.

While defending champion Natalie Powell won’t be fighting this weekend she’ll be keeping a close eye on who will be looking to take her domestic crown.

2015 champion Emma Reid, who finished second behind Powell last year, will be aiming to regain her title.

Two-time Junior champion Rachel Tytler will be looking for her first Senior medal while Youth Commonwealth Games gold medallist Emily Ritchie and Shelley Ludford will also be worth keeping an eye on.

The lightweight Men always bring a dash of excitement to proceedings and this year will be no different with some dynamic judoka entered.

Henry Wakes is back looking to defend his title while Scott Thomson and Ottavio Razzino will be looking to improve on their 2016 bronze medals.

Last year’s -60kg Cadet champion Oliver Park and Welsh judoka Daniel Rabbitt will also be in the shout for medals, with the latter having finished fifth at EYOF this year.

With none of the Junior medallists from 2016 entered, there is a chance for a new crop of middleweight judoka to make their mark in Sheffield.

Last year’s Cadet champion Aaron Miller could be challenging for that gold medal while Connor Leonard, who got silver behind Miller last year, will also be in the reckoning.

Welsh Open silver medallist Chandler Hill, Harry Mustard and William von Mallinckrodt are others to keep an eye on in a very open weight.

The -90kg category will see a new champion crowned in 2017 but even without former champions like Max Stewart and Gary Hall entered it is a high-class field.

Reece Calder, Frazer Chamberlain and Jamal Petgrave have all had international success this year and will be among the favourites for the title.

Del Imrie and Samuel Potts were both medallists last year and will be looking to improve on that this weekend.

You can find the full timetable for this weekend’s competition at the link below. We look forward to seeing you in Sheffield!

Parental Support In Judo Scroll to top
Select the fields to be shown. Others will be hidden. Drag and drop to rearrange the order.
Click outside to hide the compare bar
Compare