You are here: Home / Association news / 12 medals for GB Judo on day one at Veteran Europeans 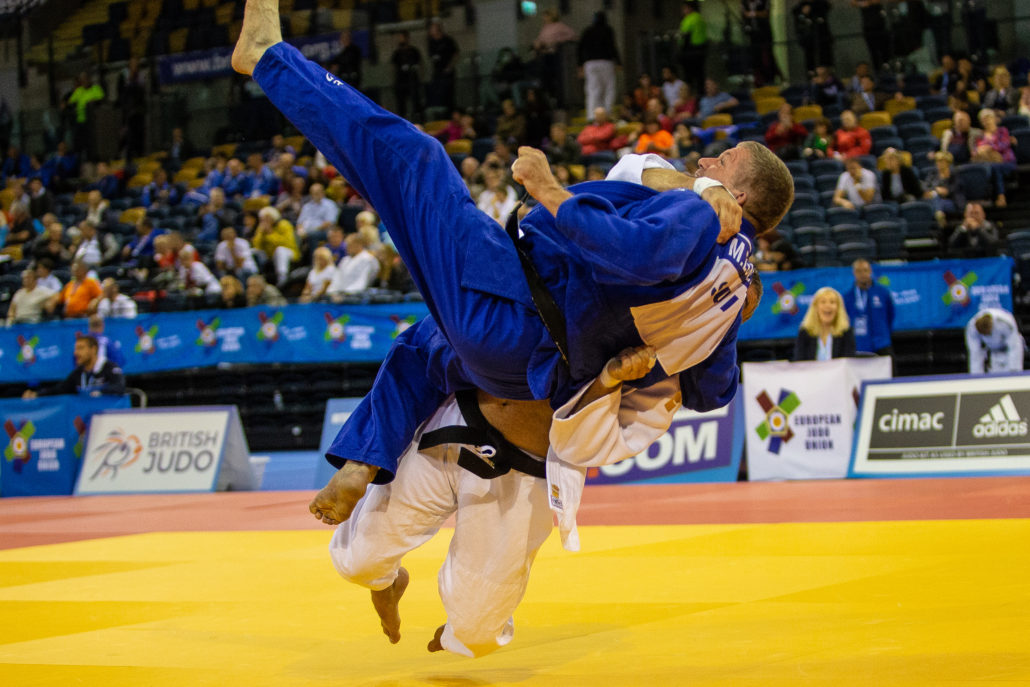 GB Judo Masters finished day one of the 2018 Veteran European Championships with twelve medals in total after a long day of terrific judo at the Emirates Arena in Glasgow.

This means that GB Judo have already matched their medal haul from last year’s Veteran Europeans in Zagreb and there are still three more days of competition to come.

Thomas Moyse started the medal run for GB Judo as he won gold at M8 -100kg. This represented an improvement for the British judoka following a bronze medal last year at M8 -90kg.

Moyse started his day with a waza-ari win over Alain Leger (FRA) before following up with ippon victories over Carpintero Munoz De La Pena (ESP) and Ladislav Kohout (CZE). 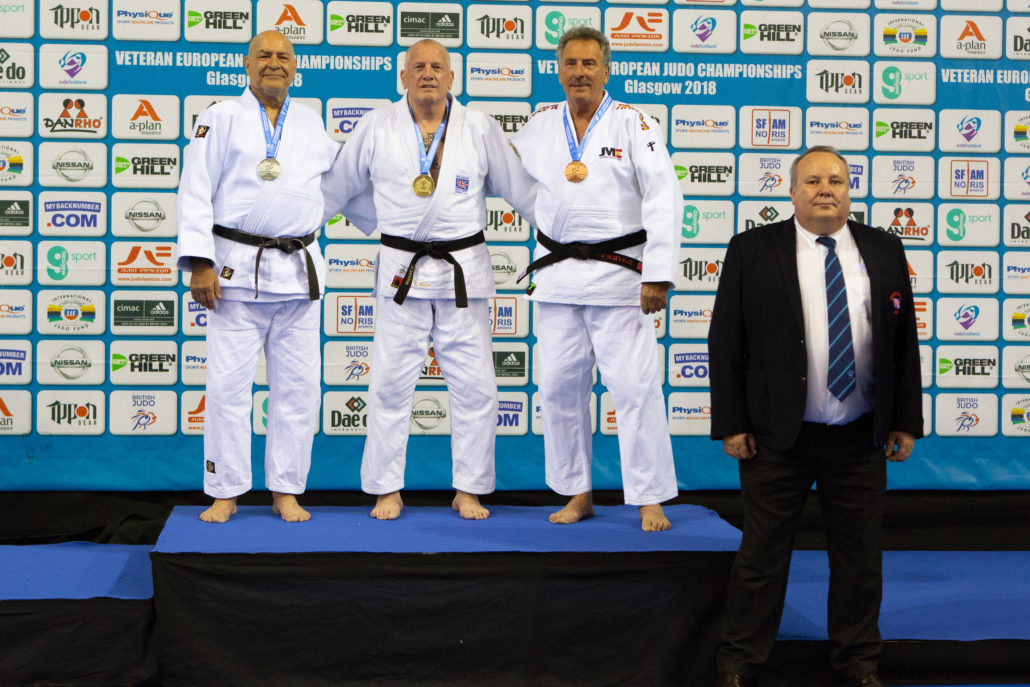 “I feel good actually. It was a tough competition but it’s great. There was only two guys I had never fought before but preparation was good.”

At M7 -73kg Chris Doherty was in impressive form from the start as he walked away with silver. Doherty was too strong for Jacques De Brugada (FRA), Rainer Rathmann (GER) and Didier Paltani (FRA) as he made his way to the final. Unfortunately, Italy’s Elio Paparello was too good in the final as the Italian spotted an opportunity in newaza to take the win.

While understandably disappointed, there were positives for Doherty: “I was happy with my preparation. My first three fights, three ippons, three different throws, I was feeling good. I felt good in the final, he was just better than me.”

John Goodwin also missed out on gold as he lost a very tactical M5 -90kg Final to Nugzar Mesablishvili (UKR) in golden score on shidos. On his way to the final Goodwin beat two French judoka in Pascal Carrasco and Frederic Salvery before getting the better of Robert Endras (GER) in the semi-final. This was Goodwin’s first ever Veteran Europeans, so to come away with a medal was an outstanding achievement.

“It’s very touching. It’s my first European Championships so it means a lot. It’s been a fantastic experience, it’s run like clockwork. It’s just been a really great experience for me.”

Joseph Johnson (M8 -90kg) took home silver as he responded well to an early defeat by Theodor Keppel (GER). The British fighter defeated Milos Cerny (CZE) by ippon before a golden score win against Daniel Raboin (FRA) secured him a place on the medal rostrum.

There was also a silver medal for Joseph Foster at M9 -81kg. Foster made a good start as he saw off the challenges of Andrea Vanni (ITA) and Jacques Pasteur (FRA). However, two golden score defeats to Alain Leriche (FRA) and Max Pichl (AUT) meant he just missed out on top spot.

For Foster, today’s event was just as important to promote Masters Judo to the wider judo community:

“Age is not an excuse not to do something. We come, we do the best of our abilities, we enjoy what we do and it’s something to pass onto the younger generation.” 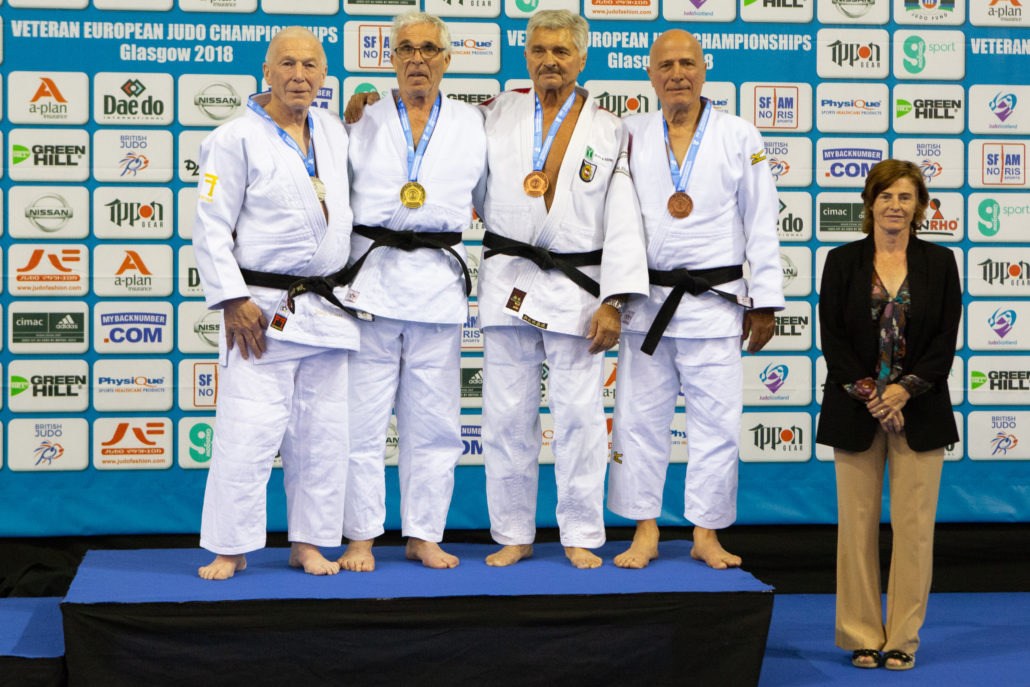 Day Two will be the turn of the M3 and M4 judoka to go for glory in Glasgow. Competition starts at 0930 with live streaming via eju.net and britishjudo.org.uk. Follow @BritishJudo on Twitter for highlights of the GB judoka. You can find the full draw on eju.net and ippon.org

GB Judo increase medal tally to twenty at Veteran Europeans Scroll to top
Select the fields to be shown. Others will be hidden. Drag and drop to rearrange the order.
Click outside to hide the compare bar
Compare