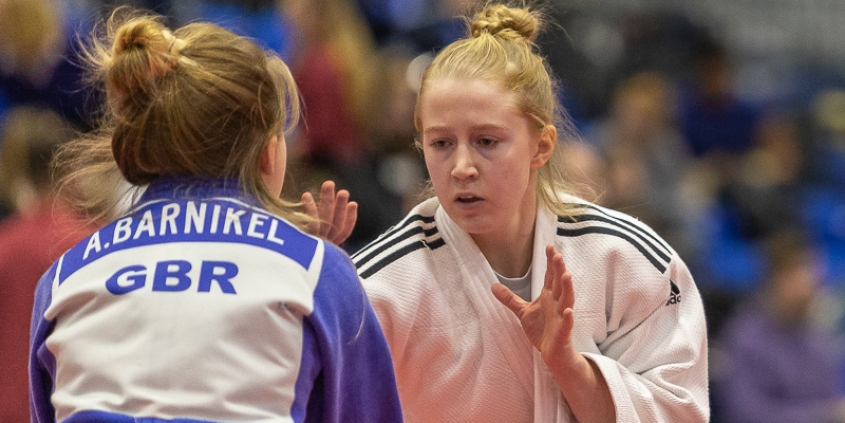 This week the European Junior Cup heads to Udine, Italy, with over 360 Junior fighters from 33 nations competing across the two-day competition starting tomorrow morning.

Both British Judo and England Judo have travelled out to Udine to compete with eleven fighters in action over the two-day competition.

Samuel Eaton makes his international junior debut in the -60kg competition. Eaton has competed internationally at European Cup level before, when he fought at Fuengirola as a cadet last year.

Charlie Young is joined by Finlay Allan and Cameron Foster in the -66kg competition. Young has competed at the Prague and Bucharest European Junior Cups already this year.

Ethan Nairne, Harry Cox and Harry Le Mare all compete in the -73kg category. Despite this being Nairne’s Junior European Cup debut, he has plenty of experience at the younger age group having represented British Judo at the Cadet European Championships and Team GB at the European Youth Olympic Festival (EYOF).

Competing in the -81kg category, David Somerville is another making his Junior European Cup debut after moving up from the cadet age group this year.

Sian Bobrowska (pictured) and Tatum Keen both compete in the -52kg category. Bobrowska has recently stepped up to the -52kg weight category having previously competed at -48kg. She claimed bronze at the Paks Junior European Cup in 2019 before representing British Judo at World and European Junior Championships. Bobrowska has claimed multiple European Cup medals over the years at both Cadet and Junior age groups.

Keen has vast experience at cadet level having competed at two European Championships and the EYOF, where she was flag bearer for Team GB at the opening ceremony before finishing 5th.

The draw is made online at 7pm (BST) this evening.

Action gets underway at 8am (BST) with Final Block to follow on afterwards on both days of competition.

2021 Membership Covid-19 Survey Scroll to top
Select the fields to be shown. Others will be hidden. Drag and drop to rearrange the order.
Click outside to hide the compare bar
Compare